My Father is Li Gang 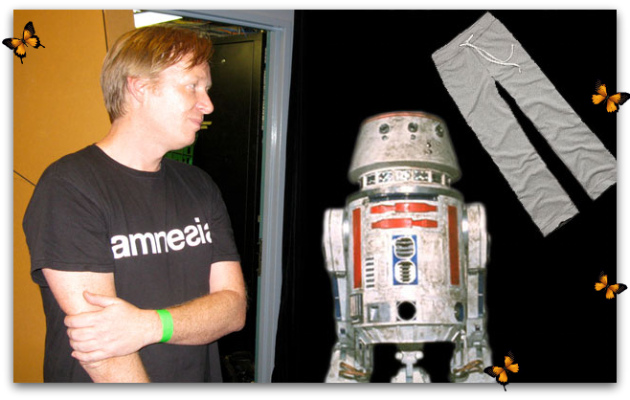 I recently had a meeting with Iain McDonald about my new line of highly fashionable post-transgender pants.

Iain is the founder Amnesia Razorfish :: a digital advertising agency based in Sydney :: and a part of Razorfish … which wasn’t then was and now isn’t {say it fast} a part of Microsoft. Iain’s agency helps companies take their brands online or whatever blah blah blah.

He’s an Internet marketer. Funny right? Like an actual one!

… and pyramid schemes are a soul sucking rot that plagues the land.

Anywayz :: I’m pitching Iain on this fucking epic new line of pants … trying to get him on board with taking me and my brand to the top.

Honestly :: Iain didn’t seemed that impressed with the idea. Well whatever :: it was a fake meeting anyway.

Iain thought maybe he could help :: he said he’d ask around for me :: and he wrote this post :: Web Vigilantes being banned from social media sites …

“In summary, it’s easier for a scammer to have a web vigilante shut down than vice versa. The Droid is now absent from all social networks and yet the people being named in his blog continue to tweet freely etc. In an age where consumers are able to interact so easily with anyone from close friends to complete strangers there is no easy and quick way of distributing warning messages to others in the case of genuine scams. That’s a service SaltyDroid was attempting to provide before being shut down in social media circles.”

Go read the article. Write your congressmen. Tell at least three PostMasters. This travesty shall not stand {for more than the sixteen months it’s already standed}!

My Father is Li Gang!!