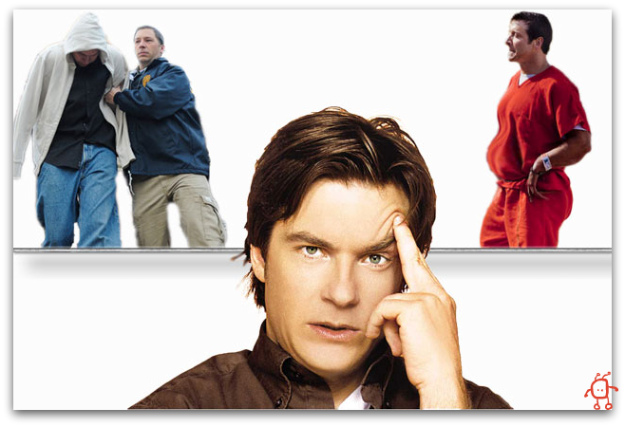 Vitaly Borker has angrily pissed on his last pair of knockoff Dolce and Gabbana’s. Just eight days after The New York Times detailed the sketchy/insane “business practices” of Decor My Eyes :: the bunghole borscht aficionado was arrested in his Brooklyn home by agents of the United States Postal Inspection Service.

The New York Times once again …

Borker had told The Times that he was intentionally cultivating negative reviews in order to increase his visibility with Google. If negative press is a virtue :: then a two page spread in The New York Times describing your bastardhood is like seventy-two virgins. That must explain Broker’s Twitter excitement regarding his Paper of Record Pwning …

Look Mom … I’m infamous! It’s kind of almost exactly like being famous … only not.

That bit of classic non-wisdom was just Vitaly’s fourth tweet :: here’s his first from April 2009 …

The People have been complaining about Borker and his various sham companies for years :: the New York Post reports that more than 200 complaints had been filed with the FTC :: but The Man couldn’t have cared less. One week after The Times complains :: and …

“Now, there seems to be a competition to punish him.

He has already been charged with aggravated harassment and stalking by local authorities and is scheduled to be arraigned on those charges on Dec. 22. The state attorney general’s office is conducting its own investigation and could bring additional state charges.

But federal law enforcement seemed eager to partake as well.”

The Government is finally sending a strong message to the Internet scammers :: that message = “We care about The New York Times.” It’s almost enough to bring a tear to your eye {if you cry for really stupid reasons}.

Vitaly Borker is the second Droid featured villain to be arrested this year. In February :: James Arthur Ray was arrested in Arizona for perpetrating the unaccidental deaths of three people in a plastic torture chamber. It wouldn’t necessarily be productive or rational to compare the two situations … but I’m fucking gonna. I won’t be bound by rules or reason :: I’ll do what I want!! This isn’t the Annals of the National Academy of Science … that’s not even a real thing. Screw you science!

Death Ray couldn’t afford to post the $500,000 bond required to get his shriveled old man ass out of the clink while he awaited trial. His overpriced :: ethically dubious :: attorneys called this $500K bond requirement “unconscionable”. Even after bail was lowered significantly :: Ray still had a hard time posting.

Vitaly Borker :: on the other hand :: has been denied bail completely …

“Mr. Kaye argued that Mr. Borker should be released on bail because no one had ever accused him of committing any violent acts. He added that Mr. Borker was family man — he has a wife and a 2-year-old child — and was willing to surrender his passport and post a bond worth $500,000.

Judge Dolinger said that even if Mr. Borker had not physically harmed anyone, he could still be a threat to society given his habit of terrifying his customers.”

So Oprah’s guru of infinite unicorn wealth can’t post a $500K bond :: but a 34 year old sweat pants wearing Russian immigrant who threatens to pee on discounted eye-wear is ready to pony up the same amount on day one? Apparently Death Ray got into the wrong line of scamming.

Recently :: the unconscionably oppressed psychopath was forced to prostitute his intellectual {as if} properties for a penny {plus $19.97 shipping}. Special thanks to Jennifer Horton :: once again :: for facilitating the transactional horror. From the email promo …

“To celebrate the holidays and to appreciate YOU I’m doing something I’ve never done before: for the next week, or until supplies run out, you can choose from multiple sets of some of my best life-changing learning systems FOR JUST ONE PENNY…all for being a friend!”

Holy fucking desperate Batman! Somebody is a failure … again.