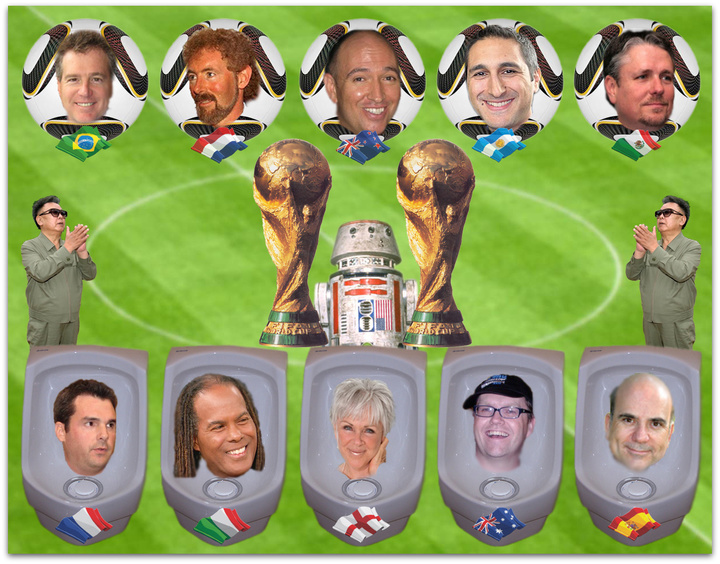 More than half of the games in the World Cup have been played :: but it’s not half over :: at least not emotionally :: not according to the rules of “I make my own rules” Quantum Mechanics. Okay well :: maybe it is half over :: damn you math!

America still didn’t lose. Horah! {fizzle} :: I guess :: whatever! Slovenia? Really? You couldn’t just go ahead and beat Slovenia? Pssh … don’t even talk to me right now America. “But it was such a terrible call” :: says all you stupid suburban white people. Whatever :: fuck off! Mistakes get made in every game :: that’s why you don’t allow insignificant little alpine countries to go up by TWO. bleeeeep!!

So it looks like there is little chance of a Droid AssReaming™ for Rep. Retard Joe Barton :: who thinks BP has suffered enough god damn it! Well at least he has RedState on his ass …

“To the substance of Barton’s original statement, we must realize that at the core, this is politics, not philosophy class. Philosophically, Barton was 100% correct …

Reality bites, folks - in an ideal world, ideals would trump all, but in reality, politics is a key factor … Right now, standing up for a massively unpopular corporation and criticizing the Obama $20B shakedown may be right, but it’s also unwise and could significantly damage our prospects for re-taking Congress in 2010. Right now, it’s the wrong time to be right about BP and the oil spill.”

Yes :: in an “ideal world” the three generations of Vietnamese Americans who just got started rebuilding their lives after Hurricane Katrina :: would be allowed to fend for themselves against a giant convoluted global MegaCorp that just destroyed their fishing businesses. That way at least half of the damages paid out could go to lawyers. There can be no justice unless lawyers walk away with most of the money. And I’m sure it’s Barton’s devotion to Randian Puritanism that has him sucking Tony Hayward’s tiny dick :: not his own lust for power :: or the fact that Congress has been bought and sold more times than all of the world’s off balance sheet derivatives. Which :: not-coincidentally :: are also a problem still NOT SOLVED by same said Congress.

Fans of RedState will be glad to hear that Kim Jong-Il’s invisible phone tactical advice wasn’t enough to keep North Korea from being eliminated after two games. So lover of fear and gold :: Glenn Beck :: safe for now.

Brazil is winning :: and then shaking its hot South American thong all up in our face.

Shut up AmericanStudent! God you are so stupid! You could use a more betterer education. Perhaps you should consider attending Tony Quinn’s Educo Seminar :: just $15,000 …

“Let me explain. You’ve probably never heard of Dr. Tony Quinn. Dr Quinn isn’t a household name and hasn’t written a best selling book. He hasn’t even appeared on Oprah. Yet he is the most successful and highest paid consultant in the area of mind technology in the world today.”

You know why he’s the highest paid? Because you’ve never heard of him that’s why! That’s the genius of it.

The Kiwis still have no chance :: but how fucking sweet was it that they drew with the useless Italians? Very fucking sweet!! The racistly nicknamed “All Whites” have players who don’t even play professionally :: and their island is infested with tiny non-footballing Hobbits :: so it was a huge upset.

Mark Joyner probably hasn’t had much time to watch his surrogate team’s impressive performance in the World Cup :: too busy saving the developing world with his mad skillz at telling people he has mad skillz.

In spite of having the best player on Earth :: Argentina barely qualified for the tournament. Maybe :: and this is just a hunch :: it’s because their coach is an insane person. But they showed up looking sharp :: and Carlos Tevez doesn’t need a fucking coach :: he obviously popped out of Momma knowing exactly what to do on the pitch.

Eben runs a coaching business :: so I’m sure he knows what I mean about Maradona being a whack job {or maybe a little tiny witch}. According to Eben :: his coaching and ebook company has an income of $20 - $30 million per year … so he must be the greatest fucking coach on Earth. That’s three times the mega-flattering number that James Arthur Ray reported to get his death bringing company listed in the Inc. Top 500.

Eben’s last frauduct cost $25,000 per year for access to this self reported set of coaching qualifications …

“I went and got a GED high school “equivalency” diploma, and then took some classes at a local community college. I quit after 2 years. (I have essentially ZERO formal business training, and no degree.)”

You short :: boring :: spindly little nose breather! Your mother was a spider :: and your father was … a … a … also a spider {but one from a separate species so it was still gross that they were fucking}. You are ripping people off in the worst way :: and it needs to end.

I try to hate Mexico :: they are our bitter regional rival. But how can anyone possibly take that seriously? I mean it’s Mexico {condescending laughter} :: our severely autistic dwarven brother :: you gotta root for um. And who else is going to represent for North America? Canada? I think not {suck it Canada!}.

OMG France sucks!! The world laughs with glee. I’m so surprised that the French are a bunch of spoiled pussies who refuse to fight for anything but their own hedonism. Although it does somewhat remind me of how they’ve behaved throughout the whole of human history.

Too bad PoopsInPants Reese isn’t going to win The Salty Droid World Cup :: cause he really has it coming. Oh well :: maybe he’ll be pulled in anyway via to his connection to a criminal cartel that’s about to eat it. Maybe = Definitely

Beckwith doesn’t cheat :: his “life is a living testament to building spiritual community.” I wonder what someone “gifted with a vision of a trans-denominational spiritual community” was doing in the MasterMind group of hard selling d-bags that concocted The Secret? I’m sure he was just trying to “minister to them” in the same way that George Rekers was trying to spread the love of Jesus to the RentBoys.

The English were embarrassed to only get a draw against the lowly Americans :: until they only got a draw against barely even a country Algeria. Ha! That’s what you get for hiring an Italian to do a man’s job.

Perhaps the players should attend Byron Katie’s Turnaround House to get their shit all straightened out. It’s only $20,000 :: and according to a testimonial from Nicole …

“The Turnaround House experience was just what I required at a very low point in my life. I believed that I was of no value to life and was very serious about leaving this world but something inside me decided to give the Turnaround House a try before I took any action.”

So try Turnaround House NOW if you’re considering suicide. Let Katie and her ZERO credentials bring you back from a dangerous precipice by pushing you over the same precipice.

While the Kiwis were taking flight :: the Marsupials were filling a pouch with turds. Red cards for the two best players :: and a bunch of lumbering around like old cowboys. I’d have rather watched ladies in a nursing home eating oatmeal :: teeth out.

Ed is going to take his not-company public. It’s a win win. Unfortunately :: like Ryan Diess :: he doesn’t have any actual ideas for companies …

“You don’t have to be following me very long to realise I have pretty much zero unique ideas.”

Right. So he’ll take yours :: in trade for stock in his not-company of not-ideas. Then he’ll take your idea to the top with his illiteracy and lack of insight. Win – Win

España was supposed to win this mother effer :: but alas :: winners don’t lose their first game. And who gave Fernando Torres permission to cut the most beautiful hair in world football? {no homo!}

Meanwhile :: Not-Doctor Joe Vitale and his no hair are trying to do a massive favor for Rep. Joe Barton and his sugary :: oily :: daddies over at BP. Fire Vitale and his wank mate Pat O’Bryan are going to stop the oil spill using only the power of their bullshit …

“The Clearing Oil Spill audio uses the same formula we’ve been using in all of our other clearing audios - my strategic statements and Pat’s original music - woven together using hi-tech equipment and breakthrough processes to speak right to your unconscious mind.”

Seriously? That’s almost too stupid to joke about. Speaking of which … 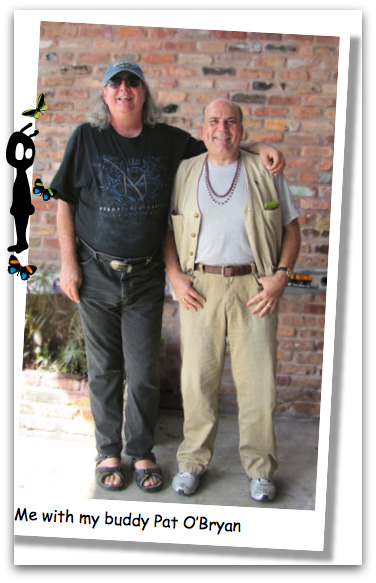