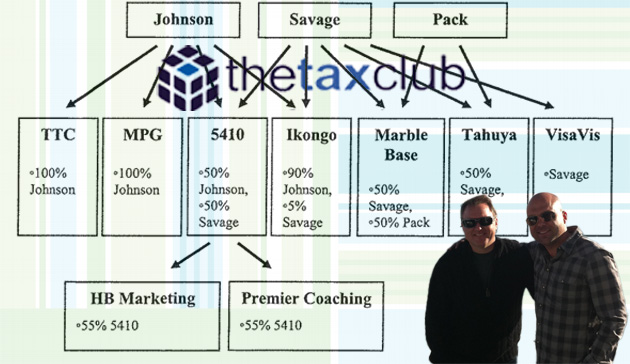 Last week :: the FTC filed an amended complaint in the case against one of Utah’s {via New York City} worst boiler rooms … The Tax Club. The new complaint seems aimed at shoring up the government’s argument that the dozens of shell companies :: merchant accounts :: and bank accounts involved … were all in service of the same fraudulent scheme … and that most of the profits from that scheme had flowed through to just two assholes.

According to the complaint :: The Tax Club fraud scheme was able to bilk victims for $220 million … and that in just the last four years. It’s a shit ton of harm :: and a shit ton of money … enough to attract a swarm of Internet ambulance chasing lawyers. Or at least that’s what one might expect :: if one didn’t understand how totally fucking clueless your average lawyer is regarding the Internet. Sadly {and fucking pathetically} :: lawyers are far more likely to fall victim to a web scam {or represent one} than they are to sue a web scam.

Billions of dollars in fraud losses each year :: combined with a complete lack of interest from the plaintiff’s bar … has led to a void filled with money. Like dark matter :: scammers fill all voids … and so the existence of the “recovery” niche inside scamworld.

Recovery scammers help victims recover lost monies :: by scamming them again for more of their monies. If you love crime :: then it’s quite a beautiful thing … like art almost.

The turd wears many disguises :: but basically … some useless fuck is going to charge you 30% of what you’ve lost to fill out your credit card chargeback requests. Maybe they’ll be “nice” and not gouge you until after you’ve actually recovered the funds :: but prolly not … they’ll prolly charge you upfront … or just after your scam losses have been removed from your credit card statement :: but before any final decision has been made … aka … upfront.

Chargeback forms are something you can :: and should … fill out and file by yourself. It’s your right :: as the FTC’s ammended complaint points out …

… for realz :: that sounds official enough to be true.

And you don’t need to know no serious sounding shit like “Regulation Z” either :: if you were able to fill out the credit card application … then you can fill out the chargeback request. Go do one now … it’ll be fun.

According to the complaint :: The Tax Club’s chargeback rate averages in at a shocking 20%{ish} … where 1% would be considered pretty effing bad. That means that just this one shitshop is creating a chargeback stream of $10 million per year.

Back to the complaint …

Three layers of financial intermediation between the victim and the blatant fraud :: charging each other fees as the charge and chargeback are passed up and down the chain … until a walloping fine is laid at the feet of the scam merchant. If the scam merchant can pay the huge chargeback fine with money scammed from other victims :: then the financial system makes money processing both sides of the fraudulent transaction. 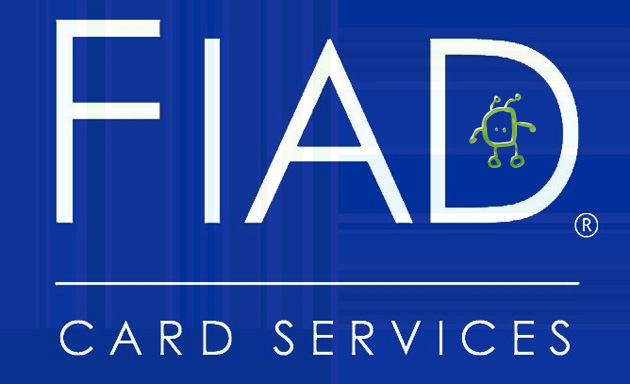 Bullshit recovery services company FIAD Services is leaching off the very end of the scam money train. They’re the best at it though :: or something …

With an exceptional win rate, a preeminent knowledge of the system and regulations in place to protect the consumer, and a adamant assiduous need to win every case we can, you can be certain that your case is in the best hands with FIAD Services.

Put their prodigious :: illustrious :: intransigent :: punctilious … use of the thesaurus to work for you today.

The Tax Club has scammed many consumers across the U.S. and Internationally. They take advantage of the elderly and disabled. If you have fallen victim to The Tax Club SCAMS. - Please contact our firm to be added to the class action lawsuit. Lead Investigator - Jonathan Donavich - Please call 800-753-6724 or email jdonavich@fiadservices.com

… says one of the FIAD Services promotional blurbs spammed around the web.

But there is no class action lawsuit :: it’s just fraudulent and misleading advertising by FIAD. They tried the same thing here on the fake robot site last year :: leaving this ridiculous comment on an old post about boiler room butthole John Paul Raygoza …

I GOT MY MONEY BACK! I also signed on which cost me roughly $8,500 and was told that this was the only money I would have to pay. After doing some research 3 months into the supposed program I came across these complaints. I got in contact with my lawyer who referred me to a company who got me my money back within about 2 months after them taking my case. The company did NOT charge me any upfront fees and did what they promised “FIAD Services” out of Pompano Beach FL their website is “fiadcs.com” the guy I worked with was Luke Daniels email “ldaniels@fiadservices.com” or phone 800-753-6724 ext. 222 all in all they were great gentleman/company to work with he was sometimes hard to get a hold of but he did what he promised nice to know there are still some honest people out there. They also added me to a list they are putting together to file a class action lawsuit against these thieves. THANK YOU! -Terri & George H

The Raygoza boiler room had long since been shut down :: a lawsuit had already been filed … and a default judgement rendered. I found several nearly identical testimoanials {regarding other scammers} attributed to “Terri & George H” left around the web that same day. I gave Luke Daniels :: and FIAD Services owner Michael Cooper :: a full year to prove to me that Terri and George H. were real … but they could not … and so did not.

The Tax Club is {barely} in the news because the FTC is moving against them :: so FIAD Services is spam reminding victims that FIAD Services is available to help fill out chargeback forms {and organize fake class actions} … in exchange for a huge piece of the money. FIAD Services would hate for your refund to feel too much like a refund.

Four exclamation points worth of GETTING YOUR MONEY BACK !!!!

For the sake of exploding ironies :: each video is clearly marked “Published by FIAD Services” throughout … but features FTC Bureau of Consumer Protection attorney Christine Todaro explaining the {unenforced} Business Opportunity Rule.

So yeah :: but otherwise :: I’m sure our whole system is working fine.