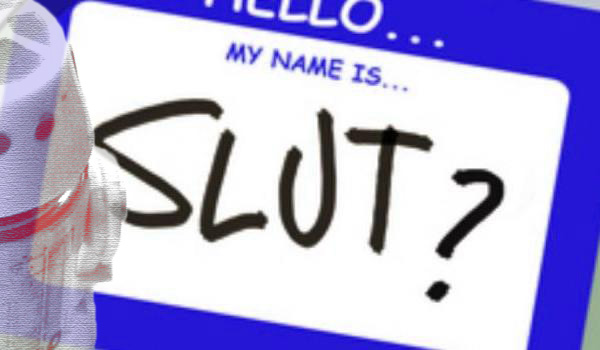 Doctor Doctor Doctor Doctor Leonard Coldwell :: board certified PHDoctor … has had enough of me. Last time I talked to him :: and he didn’t have the man-sack to talk back to me … I was calling him Barbara. He loved it :: in a sexual way … allegedly. But I guess it’s not fun to threaten someone who offers to die in the streets :: and let’s face it … bullies prefer ladies.

So Heir Klein :: prove to us that you’re innocent of the charges levied against you {by me!} … that you treat the ladies {and girls} of The United States of America like the rubbish that you fucking are … 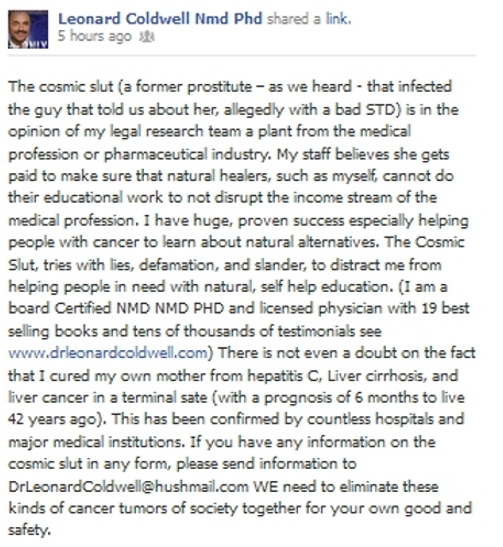 Just one of many such :: beyond the fucking pale … threats/libels issued by this sack of twice crapped crap towards my BFF @CosmicConnie in the last couple of weeks. Threats sufficiently threatening that she felt compelled :: after years of blogging about bigtime bastards … to take down a post she’d written. A post which simply detailed the threats/libels that had been so so unfairly directed at her person.

It’s either me :: or you can dig a shallow fucking hole {cause I know how easily an old rotting man like you gets winded} … and kill yourself.

While the idiotstream media makes a cause célèbre of Crystal Cox and her girlfriend Julian Assange :: speech is repressed every single motherfucking day … right exactly where it matters most.