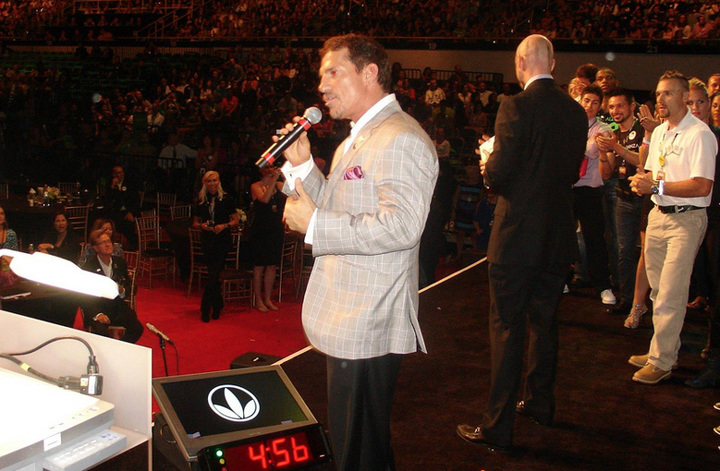 It’s impressive :: if you are capable of being impressed by horrible things … which I totally am.

“We followed the business model and duplicated what works,” Michael says. “Now we live the life of our dreams, thanks to Herbalife.”*

Incomes applicable to the individuals (or examples) depicted and not average. For average financial performance data, see the Statement of Average Gross Compensation of U.S. Supervisors at Herbalife.com and MyHerbalife.com.

The disclaimer is itself part of the scam :: because in many cases {like this one} … the incomes depicted by Herbalife are not even applicable to the individuals for whom incomes are being depicted. It’s totally not allowed :: but it’s what they do and nobody does shit about it … so I guess it’s totally allowed.

“We followed the business model,” Michael says. “Now we’re deeper into debt than we ever dreamed possible; retirement has become an absolute impossibility; we’ll never catch up again … and it’s all thanks to Herbalife.”

… so they roll with the fake story instead :: “Michael Burton is rich as shit … believe it!” The {under penalty of perjury} paperworks tell a different story.

America is quite generous with debtors in bankruptcy :: and while the system is certainly abused … the vast majority of bankruptcies are filed by people who are genuinely struggling. Unlucky problems … unlucky incomes. Burton knows this :: because he {quite bizarrely} cited to a U.S. Bankruptcy Court statistic in his predatory “decision pack” video … 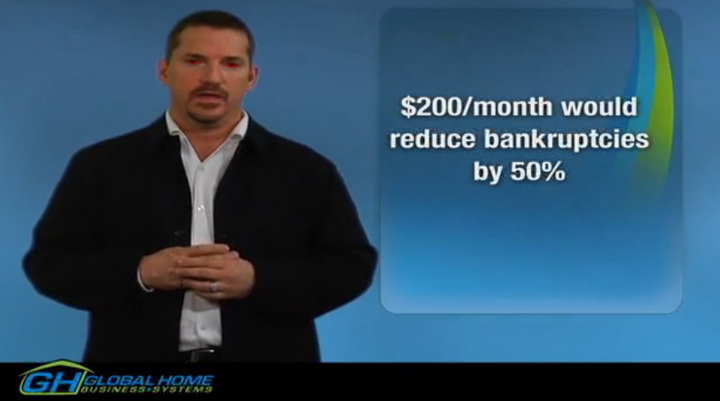 An extra $200 per month would cut bankruptcies in half :: cause every last dollar counts bigtime to the financially distressed … yet those are the very people who Michael Burton and Herbalife are targeting with their catcrap lies. Putting a 4000vp supervisor order on a credit card :: like Burton suggested to hundreds of thousands of people via that video {and others like it} … creates a twelve month liability of more than $200 per month.

But Michael Burton doesn’t care about you :: or the problems that he creates for you … he just wants your motherfucking monies. Exactly how he’s gonna spend those monies :: you can see for yourself in today’s document du jour … Michael Burton’s Statement of Financial Affairs.

While the actual bankruptcy filing lists assets and liabilities :: the Statement of Financial Affairs is more about the details … the embarrassing details.

For 2011 :: Burton’s 11th year on Herbalife’s President’s Team … he reported that his yearly household gross income was just $76,000. Pretty okay by normal people standards … but pathetically far from the “almost certainly a millionaire” status attributed to the President’s Team by basically everyone associated with Herbalife.

And it’s even worse than it looks :: if you were hoping to get rich pushing Herbalife … because not all of Burton’s not impressive income is derived directly from his Herbalife recruiting efforts. How much of that money comes from the speaking fees Burton receives for getting up on Herbalife stages and boasting about his fake success? I have evidence of dozens of different Burton speaking engagements over the years :: the most recent being just last month … but he’s likely done hundreds of the stupid things. He also makes money from side businesses like the above pitched Global Home Business Systems :: or his current “Herbalife health coach” backend package … MyHCMTouch … which helps “convert customers into coaches.”

Schedule 3 of the financial affairs disclosure requires debtors to …

List all payments on loans, installment purchases of goods or services, and other debts to any creditor made within 90 days immediately preceding the commencement of this case…

But Burton seems to have instead listed all of his spending for the three months prior to the filing :: a very strange thing to do if it’s not required … thirteen pages detailing $68,000 in spending. Alternatively :: it’s also possible/probable that what’s listed is three months worth of just his credit card spending … which I suppose would fall under “installment purchases.” $22,000 per month is some pretty steep credit card spending for an a-hole about to file for bankruptcy :: and it makes this line item …

… extra funny. There should most def be a rule against credit carding your bankruptcy class … for the sake of irony vortex prevention.

Why would a person need that much cash? He just loves the sour smell? Stripper addiction? Cocaine and steroids? Don’t know. I asked Michael about purchasing steroids from other members of Dan Waldron’s Texas/Oklahoma downline {more on that laters} :: but he had no comment … which is a shame because I love a good confession.

Bankruptcy is the too frequent result of pursuing the Herbalife “opportunity” … and it’s not fucking fun. If you have any shame at all :: it tends to flare up when you ask the government to facilitate your breaking of your commitments … might take years to recover your mental health and sense of self-worth. But bankruptcy the Michael Burton way looks pretty fun :: like a shopping spree that you didn’t even have to win on a game show …

… why cut your spending just because you don’t have any money? It’s so old-fashioned. 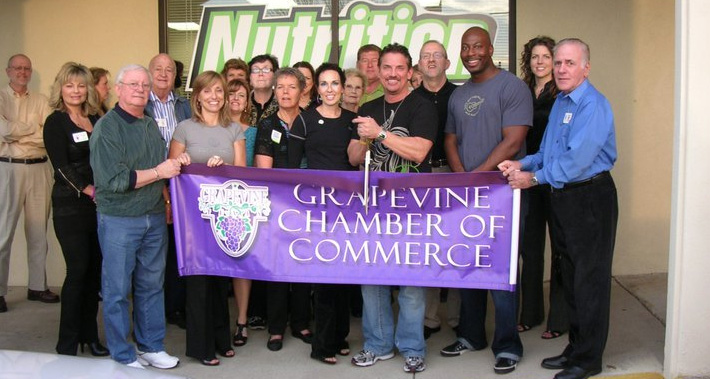 Herbalife isn’t a work from home company anymore :: that’s forbidden … and they’re not a weight loss company anymore either :: that’s passé {right Mark and Jill Addy??}. No :: Herbalife is a “healthy active lifestyle” company … they can just change the kind of company they are whenever {because they are a fucking scam company … and it matters little what costume dons the wolf}.

Just swallow down some of Herbalife’s various industrially processed soy isolate powders :: and then boom! … suddenly your abs will start winning local bikini contests {or whatever}. It’s a good story :: too bad Burton’s financial disclosures don’t show any spending on Herbalife’s crap overpriced products … but do show an almost comic level of spending on preening …

And try some of Herbalife’s new {creatively named} skin care product :: “Skin” … it’ll make you look twenty years younger … so long as you also get a couple thousand in botox and a bit of the ol’ nip/tuck.

Burton is spending more per month on gyms and tans than most people spend on rent and auto. And guess who’s going to pay for all that stupid shit {because it’s obviously not going to be Michael Burton}? All y’all are :: through interest rates and fees and the million other ways they stick it to you … cause fuck knows Bank of America and HSBC aren’t going to be expected to absorb the losses created by their own negligent lending. That’d be unAmerican. Liberty :: and justice … for rich people.

Society is picking up the tab so that Leslie Stanford’s scamming ass can ride around on a boat … on a motherfucking boat.

“Even though a lot of the focus is put on the incomes and the lifestyles, we don’t want you to think it’s all just about the money.”

… says Michael Burton in his {hard-selling like he has no soul} decision pack video.

“The ability to give back and serve others is really what drives us all, and having the means to make a difference for others is a huge part of what we do.”

Steal hard :: give hard … like Robin Hood not in reverse.

Item 7 of the financial affairs disclosure requires debtors to list all charitable giving in the year prior to the filing :: Herbalife Senior Executive President’s Team 15K Michael Burton listed …