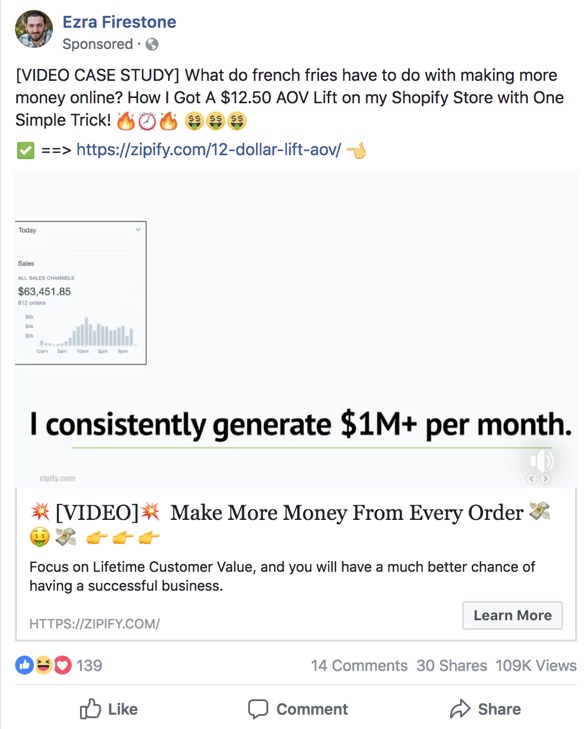 Ezra Firestone is going to show you how he went from eating french fries to consistently generating a million dollars per month online.

Except, you know, obviously he’s not.

Ezra uses Facebook to target segments of the population that he thinks will be vulnerable; then he purchases their attention by paying Facebook to force his pitch into their feeds.

Tell us about it Ezra…

How is Facebook supposed to know that, “I consistently generate $1M+ per month” is a red flag for fraud? It’s so subtle, and the only people they have available to work on the problem are the best data scientists and engineers in the world.

Anyway, delete your Facebook and let me tell you about this one little trick I use to make french fries up to 507% more delicious by dipping them into fry sauce.