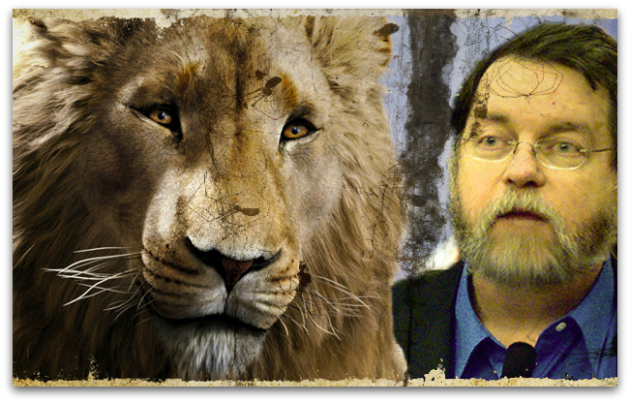 Maybe not actually. That’s a bit too exciting.

The Internets tell me that PZ Myers is an “outspoken atheist” :: which I think prolly sounds something like this …

Outspoken atheists do things like making a Hajj to Kentucky’s The Creation Museum :: where they walk around pointing at things they don’t believe in with a vending-machine-potato-chip fueled sense of superiority. Oh and of course Dinosaur rides :: available even to those with diminished mounting capacities …

You don’t want people thinking that they can just believe whatever the fuck they want to get them through the day :: and to cope with their own mortality :: and the mortality of those they treasure … that’s why pointing and laughing is so important.

Changing the world one banal :: irrelevant :: gesture at a time.

PZ Myers teaches biology {with mumbling and dandruff} at The University of Minnesota Morris :: which I’m sure is a real school even though I’ve never heard of it. He also writes self-important banalities for ScienceBlogs on a blog he called Pharyngula after one of the lesser known Popes.

“A new blog network is hitting the web on August 1. Led by two of the most prominent and widely read secular-minded blogs in the country - PZ Myers’ Pharyngula and Ed Brayton’s Dispatches from the Culture Wars - Freethoughtblogs.com will, we hope, quickly become and important gathering place for atheists, humanists, skeptics and freethinkers in the blogosphere.”

But FreeThoughtBlogs isn’t just about hating Jesus of Nazareth :: it’s also about making them sweet sweet internet monies … which are totally real unlike Jesus of Nazareth. From their “advertise here” page …

If you’d like to advertise on Freethoughtblogs.com, here are our ad rates. They are based on an anticipated 100,000 pageviews per day network-wide.

100,000 pageviews per day sounds totally fucking delusional considering the site’s 45,000 Alexa ranking :: but PZ Myers probably just gets confused about graphs and numbers and stuff … coming like he does from such an unrigorous discipline. What’s a couple orders of magnitude worth of error among not-friends? 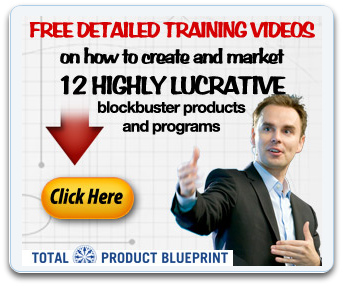 FreeThoughts :: sponsored by mental slavery and manipulation. It’s humanism … without all that bothersome worrying about humanity.

Myers likes to think of himself as controversial :: but he’s really more like yesterday’s mosquito. I would have been quite content to continue ignoring his silly senselessness in perpetuity :: but then he decided to disgustingly attack Anthony Navarro based on the hype :: lies :: and religious hatred stirred up by a chubby fraud in a lame attempt to distract the web’s most undistractible fake robot.

“Be warned. This is a horrific story.

Anthony Navarro Jr. is a righteous fundamentalist who is opposed without reservation to divorce. His brother, Dave Navarro, decided to leave his marriage — so Anthony Jr. stalks and harasses his own brother, threatening him, harasses people associated with him, lies about him, contacts his clients and basically destroys his business, all because he will not tolerate the fact that a man and a woman can decide to dissolve the bonds of matrimony.”

Holy fucking horrific lies Batman :: let’s just break that shit down one at a time …

All wrong. All stupid. A complete and total mischaracterization of a complex person in a complex situation :: a person who is in no way a public figure … who was just trying to reach out to a brother who had basically vanished.

PZ Myers :: soulless humanist :: calls Anthony a “demented fuckwit” … then proceeds to use the murder of Anthony’s mother as some kind of evidence to support his “Anthony is an evil scumbag” conclusion :: the exact same bizarro tactic that Naomi Dunford used as she tried to back down from her fake death threat post while still maintaining a trumped-up sense of pity-me danger. That horrible :: exploitative :: gag inducing :: post by halfwit grifter Naomi Dunford was the only citation offered by University of Minnesota Morris Associate Professor PZ Myers to support his numerous Christian-hating misstatements about private citizen … and very worried and loving brother … Anthony Navarro.

Unlike PZ Myers :: The Salty Droid does actual research before commencing any running at the mouth. Getting the fucking facts :: the level at which Myers fails so horribly :: is the mandatory first step to drawing any meaningful conclusions. I wonder if PZ Myers exhibits such intellectual weakness in all areas of his life … or just when he’s expressing his old-fashioned bigotry?

Jason talked to dozens of people in the three months leading up to the first article in the Naomi Dunford spider sequence :: which appeared on August 24th … and he’s talked to dozens more people since. Generally here at Fake Robot LLC :: we don’t disclose our sources … and we do whatever it takes to protect innocent family members who aren’t part of the unicorn insanity. But the high absorption rate of Naomi Dunford’s christian-hating lies by other christian-haters is going to force me to abandon my regular procedures and tell one family’s so-sad story specifically. A story about the sort of destruction and pain that the cult of Internet Marketing is heaping onto life’s fragile balance.

Someone linked back here on PZ Myers’ hateful and defamatory post about Anthony Navarro’s personal life. FreeThoughts Myers deleted the link :: and drooled out this slop …

“[I’m sorry, but that saltydroid site is advocating harassment and worse. It is now on the blacklist, please don’t bother referencing it ever again. –pzm]”

It’s funny cause when the FTC wanted to use some of this blog’s content in the case against mega-scammer Jeremy Johnson :: they seemed to have no problem calling me a “consumer watchdog blog“… for the record. Someone should tell them that I’m actually about harassment … or worse.

Am I advocating harassment? You can’t read or something?

I love how you told the part of the story that allowed you to hate on religious people … but then left out the parts with all the facts … and cults … and lies.

Good luck with your snooty Christian hating … I’m back to criminal hating.

PS :: Anthony doesn’t think his mother had it coming … which I know from talking to him {and many others} about it before I started writing. That’s how I do journalism … but I guess that’s not how things are handled on “science” blogs.

But supposed “liberal” PZ Myers didn’t print it. It’s not censorship of dissenting opinion … he’s just protecting the world from harassment … or worse.

A few hours later I baited PZ Myers in the comments of a post containing actual facts about the Dave and Anthony situation. PZ Myers took the bait like the tiny little fool that he is :: and responded thusly …

“For your amusement: this “salty droid” clown has declared war on me.

The hatemongers at his site also claim I’ve simply swallowed Naomi Dunford’s “lies”. This is particularly amusing since I assumed Dunford was going to be a biased source, so the only things I quoted here were Anthony Navarro’s own words, and the account of the murder of his mother that you can verify on various Florida news sources. There are no lies here.”

He needs to protect people from my harassment … or worse … until it looks like the story might be about PZ Myers. Suddenly “referencing” me is looking much more attractive. Pathetic.

The “hatemongers” who participate in this site’s noble mission include many family members of Prior Lake Minnesota resident Liz Neuman. Liz got sucked into MLM via Herbalife :: and then James Arthur Ray … and she died from it. She fucking DIED from it. I think maybe Liz’s family would be surprised to hear that they are “hatemongers” :: feeling perhaps justified being upset that Liz was murdered in one of the most dreadful possible ways. 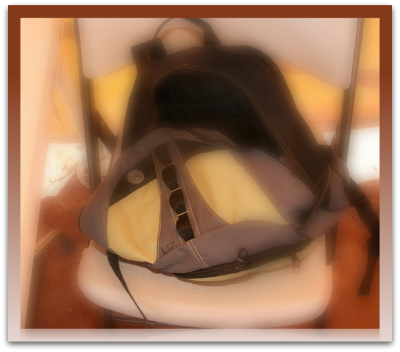 Jason is very worried about Dave Navarro. Jason thinks that Dave is Colleen before she jumps … and he’s trying SO hard to stand between Dave and the Horton Plaza Mall railing while he stops Naomi Dunford from destroying more than the hundreds of lives that she’s already destroyed. It’s a project full of scary … and PZ Myers’ blatant defamation just made it much worse.

One of the harassing :: or worse :: things that Jason did for Colleen Conaway’s Minnesota family … was to spend weeks trying find them a lawyer who would take such a complicated case against James Arthur Ray … and encouraging them to pursue that case for the sake of Colleen … and future Colleens. Lawyers are mostly greedy pricks :: so it’s work finding one that will take a case just because it’s the right thing.

I’ll be offering that same service to Anthony Navarro :: who is anything but an evil scumbag. I wonder how hard it will be to find an activist Christian attorney who will agree with an agnostic satirist attorney that PZ Myers’ disgusting :: ignorant :: bigotry based attacks on an already traumatized private citizen are completely unacceptable? That’s not really a question … it won’t be hard at all! And FreeThoughts gets 100,000 pageviews per day … so collecting should be no problem.

Be warned :: if you come back next time you’re going to hear a horrific story. A story about the incredible damage that the unicorns did to the Navarros before PZ Myers piled on in hate.

Judge for yourselves whether Aslan is the villain of this piece …