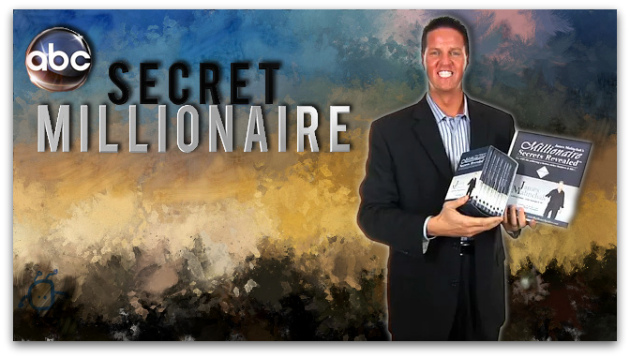 Be a professional speaker :: a “big money speaker” :: James Malinchak’s frauducts can show you how {please insert all you monies}.

been to a scam event or seen a rip off trainer, but not James Malinchak … {tweet}

Each of those tweets links to a YouTube video of the same name :: but the content of the video is accidentally unrelated to the titling …

There are also hundreds of websites devoted exclusively to the exciting subject of how totally not a scammer James Malinchak isn’t :: like this one …

Why James Malinchak Isn’t a Scam

Some lame haters think this kind of spam based reputation management is unethical and/or illegal. Like :: just as a for instance :: the FTC in their complaint against Jeremy Johnson and iWorks …

“Defendants’ marketing practices have caused hundreds, if not thousands, of consumers to post negative comments about Defendants on numerous websites and blogs. Defendants have combated, and continue to combat, these unfavorable comments by hiring third parties to create and post on the Internet positive articles and other web pages.”

But some other people :: like Disney’s ABC :: are totally fucking convinced …

“How often does someone come along who is so much not a scammer?”

Says ABC’s producers while busily not doing their due diligence.

Last night James Malinchak was the featured “secret millionaire” on an episode of the ABC’s not-reality reality TV show … Secret Millionaire. The set-up of this show is ridiculously insulting to anyone with a brain {or a heart}. Some rich asshole pretends to be poor for a couple of weeks to see how the the other half lives. Then at the end of the show he/she rains some monies down on the poor folk :: à la chucking nickels at whores. Done and done … ABC sells advertising :: some poor whores get some nickels :: and everyone walks away feeling faux inspired.

Sounds like a show I’d never watch :: or talk about :: or give a fucking crap about. But by substituting scammers for millionaires :: ABC made a bad show into a fucking EVIL show :: and EVIL gets my attention.

James Malinchak is a scammer. A dark :: horrible :: lying :: scheming :: life destroying :: money stealing :: back stabbing :: asshole scammer. He is also a deeply stupid person who seems to understand approximately nothing about nothing {and I believe I already mentioned the teeth}. My research into scamming scammer scam face James Malinchak has lasted more than a year. His star was bound to shine here one day :: and when many of you minions told me about the ABC show :: I slotted him into my schedule for the day after the program aired :: knowing for shit certain that there would be big JV affiliate frauduct launch on that day.

From an email soliciting affiliates …

This is very special and limited to only a handful of Brokers…. so consider this your lucky day for a Big Payday this month! :)

Over 12 Million people watched it crushing it’s competing show “The Ammzing Race” by 2 Million Viewers for the 8:00 Time Slot …

Well….one of those millionaires is James Malinchak a serial entrepreneur, author and speaker. He is releasing his new course (PHYSICAL PRODUCT) “Millionaire Secret Revealed” on March 16th.

This is your chance to cash in as a JV Partner with the shear momentum of this launch… this kind of Launch does not come around often.”

A couple of DVDs with James Malinchak chattering on-and-on about the nothing he knows :: $2000. Each sale generates $1000 for the affiliate :: which won’t be mentioned in any of the promotional emails. There is long list of prizes for top affiliates :: including $50,000 cash to the top spot … another thing that won’t be mentioned in anyone’s promotional materials. If all the prizes in the launch contest are real {a very big if} :: then Malinchak will likely have dropped more bank on super affiliates than he tossed on the poor folk at the end of the Secret Millionaire episode.

Pretending to be charitable can be profitable :: as long as your a sociopath willing do whatever it takes on the backend. It also helps if you know a couple hundred other similarly situated sociopaths fully committed to going the distance in support of their own narcissism.

Most of the people who support most of the people being flamed on this fake robot blog will be {and have been} promoting this ultra-crap product. But :: of course :: such frauduct launches are just the tiny tip of James Malinchak’s evil ice berg.

Behind the unattractive smile :: frauduct launches :: speak-selling gigs :: and ABC not-reality shows … James Malinchak is taking vulnerable folks of massive five figure sums. We’re talking fat stacks :: like in the $50,000 a pop type range. In return for these wads :: “customers” can expect … well … nothing it seems like. The Droid has taken multiple crazy reports from sympathetic five figure victims :: nothing but shadows and dodges in return for their money.

James Malinchak wants to :: and will :: take your fucking money. But he hasn’t thought it out much past that.

Last year ABC News ran a special about James Arthur Ray :: the death lodge :: and the idiotic insanity that is The Secret. I liked it … but who really gives a fuck? That’s not enough!

ABC :: like all the other negligent television networks :: creates giant turd bombs by making celebrities out of scammers :: windbags :: and con men. The turd bombs fester for years :: sucking people in and feeding off their life forces. When they finally explode all over society in some hideously obvious way {e.g. death lodge} :: then ABC sells commercials on a couple of prime time specials about the dramatic horror of it all … then calls it a day.

I hope I’m not the only one getting sick of it.

Anywayz :: ABC not my problem :: but James Malinchak …