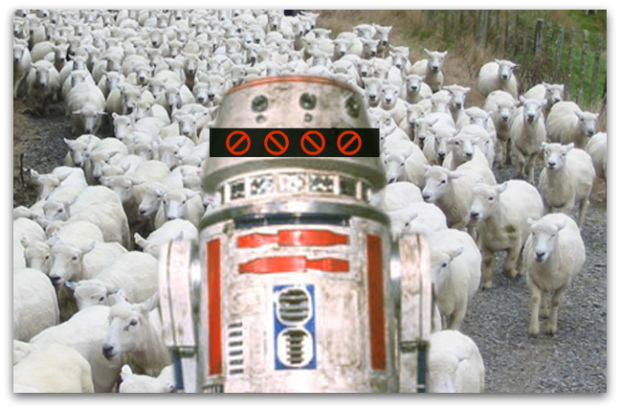 Busy doing a little something something … no time for issuing literary profanities. Please accept this publication of a lame attempt at Droid censorship as content in my absence.

The following bullshit was sent to my server :: and my servers upstream provider {their connection to the Internet backbones} …

I would like to bring it towards Project DoD’s attention that the following site’s webmaster which Project DoD is providing hosting service for, www.saltydroid.info has been violating it’s terms of service by intimidating & threatening other people online. The webmaster has also engaged in slander and libel. Content on the site contains intense hostility, hate, vulgarity and very strong foul use of words.

The webmaster has also publicly admitted towards possibly hacking private servers with the possible suggestion that he/she has collected private data files & posted it publicly on his site using Project DoD hosting services. Some of the private data files includes private phone calls without the permission of those in the private telephone conversations. These private telephone conversations have been posted publicly on youtube video hosting services & then embedded on to his site which utilizes Project DoD hosting services.

Not only is this user violating the terms of service behind it’s hosting service provider, Project DoD, but the user is utilizing these services to possibly commit very serious computer, networking & systems crimes along with wire fraud, libel & slander.

This type of behavior is not to be taken lightly nor tolerated. It can carry very serious & stiff legal consequences involving not only the user of these services but the provider itself. I would suggest in my sole discretion to initiate immediate appropriate action determined upon Project DoD’s independent investigation.

Libel and Tigers and Bears :: oh my!

Funny story :: I don’t print any libelous information because approximately 1000 hardcore bastards want to sue me. I know :: and follow :: the standards with obsessive precision. “Simon Benson” :: on the other hand :: has just committed obvious libel {also known as “defamation” to people who aren’t talking out their assholes} in his amoral attempts to tortiously interfere with my contracts.