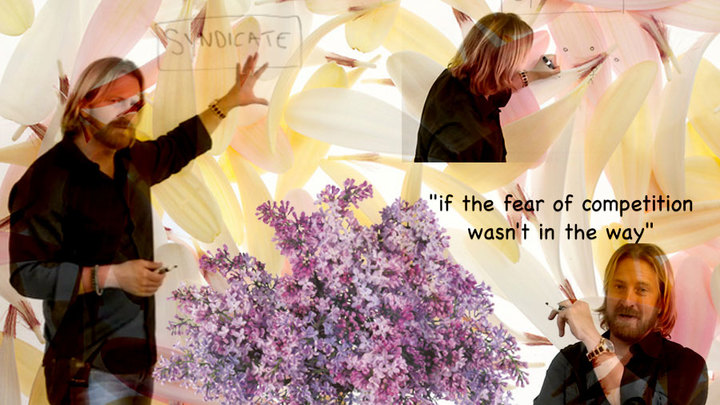 As many of you don’t know :: because I’m making it up right now … I’ve recently decided to apply for admission to film school {at the unaccredited but very prestigious Trump University of Film}.

… shit like that. I’ve only just started mind-mapping this idea on my vision napkin :: but I’m excited about the potentialities.

Unfortunately for florid flora fucking :: I’ve been reluctant to submit my final application to TU of F … what with most of my biggest and bestest work banished from the web and unavailable for viewing.

All the movies are back up motherfuckers!

I’m self hosting anything that gets completely removed from YouTube type sites. And I’ve recently been counter-claiming all false DMCA complaints … where previously I counter-claimed none.

The site’s first DMCA complaint came :: in April 2009 … from Austrialian stock scammer David Schirmer. The most recent occurred just a couple of months ago when Jeff Walker decided this 1 min video from five years ago had to come down … like right now.

This is some conmen :: sweatin my youtubes … 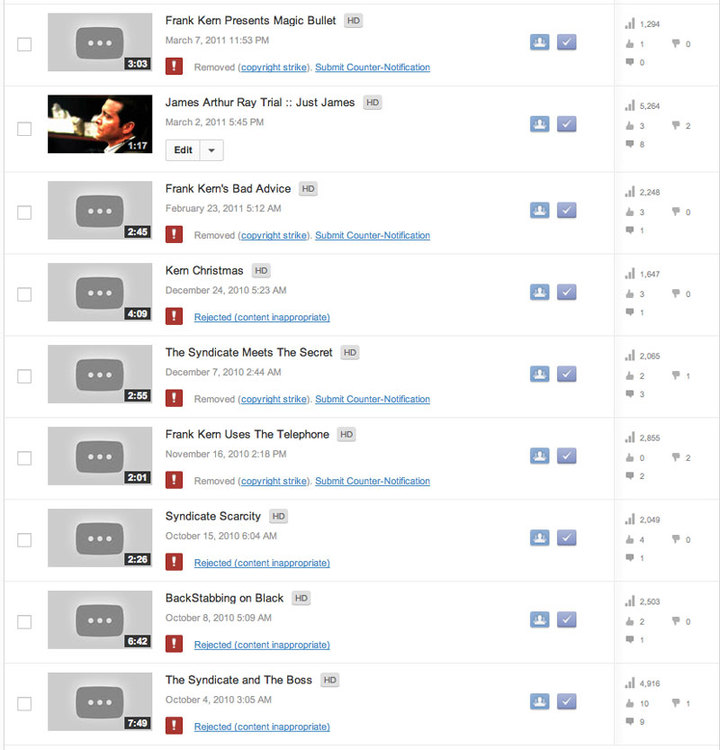 But as glorious result of recent efforts :: and for the first time ever … all the movies are back up together.

All the audios are up.

All the pics are up.

All the text is up.

Perry Belcher Hater of Asteroids :: where just weeks into my existence Perry Belcher wants me to ‘fuck myself in my broke ass’ … back up.

The Internet Marketing Syndicate :: where Frank Kern confesses his sins into a camera for no good goddamn reason … back up.

The Frank Kern Christmas Special :: which you prolly didn’t see because it only lasted a couple of days on the Internet … back up.

Syndicate Scarcity :: where Jeff Walker and Andy Jenkins explain how they fucking lie about selling out of a frauduct in order to sell more of that frauduct to victims “who have been trained” … back up.

Frank Kern Underachieving :: where Frank tells an audience how he didn’t start making money online until he started saying he’d already made money online … back up.

John Raygoza Scams Yo Momma :: where boiler room scumbag John Paul Raygoza gives us a Tai Lopez style ‘here in my garage’ tour of the apartment he lived in before he was sued out of existence and arrested … back up.

A Dahl’s House :: where Herbalife didn’t want people seeing their CEO participating directly in the recruiting pyramid scheme … back up.

Syndicate Shit Storm :: the movie that won an Oscar {Mayer} for exposing the inner workings of The Syndicate fraud machine :: and the subject of more takedown demands than anything else on this site … back the fuck up.

Go watch it Internet Marketer … I dare you. Do you care so hard about money that you’re willing to become a soulless mouth-breathing predator? Because that’s a minimum fucking requirement.

With all these amazing movies back up :: and with my several valid credit cards … I’m sure to be accepted into TU of F.