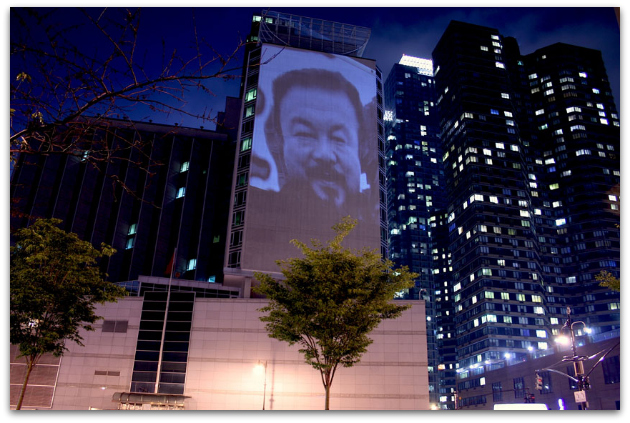 Or maybe it was the soul-sucking totalitarianism?

Geandy has a project awesomely called “Nemesis” :: describe by me as light-on-real-estate smack downs.

Above :: the image of Chinese artist Ai Weiwei :: wrongly imprisoned by Stalinist bullshit :: projected hugely on the wall of the Chinese Consulate in NYC.

I feel bad being the one to tell you this … but you’re horrible :: evil :: bastards.

Says Geandy Pavon in the email sending me this stuffs …

“The concept of the project is to impose the face of the victim on buildings walls that house government offices. This act serves as an indictment of the Chinese totalitarian oppression. The light on the wall is a symbol of revelation.”

Hellz yeah :: count me in on that shit!

Geandy conceived the idea in support of Cuban activist Orlando Zapata Tamayo :: wrongly imprisoned by Cuban bullshitery. Orlando Zapata went on a hunger strike demanding what amounted to less than basic human rights for prisoners … and died that way. 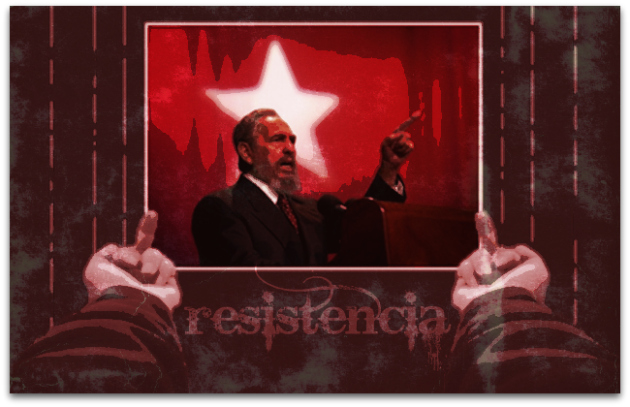