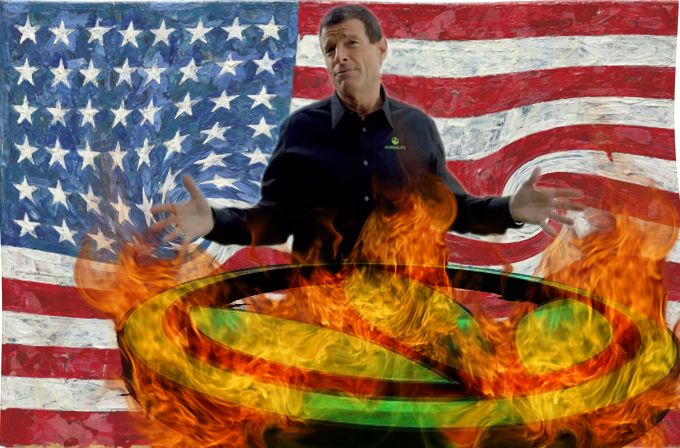 The Federal Trade Commission has taken massive action against Herbalife.

Oh my sweet green jesus … I’m flabbergasted! I was sure they’d do nothing meaningful :: because …

But I was wrong … so wrong. The FTC’s complaint in this case is an epic slap down :: and the stipulated settlement … unprecedented and game changing.

Or as the media headlines screamed {while the stock price soared} …

The FTC has decided that Herbalife isn’t a pyramid scheme

The media is unceasingly useless :: I understand … but that’s some extremely outrageous bullshit right there. Most outlets had corrected their error by the end of the day :: Quoth the Raven posted this one from DowJones … 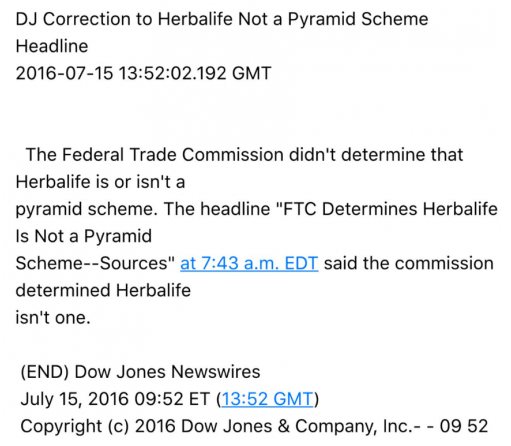 … but whatever :: too late. Herbalife distributors will be sharing those fake headlines for the duration. 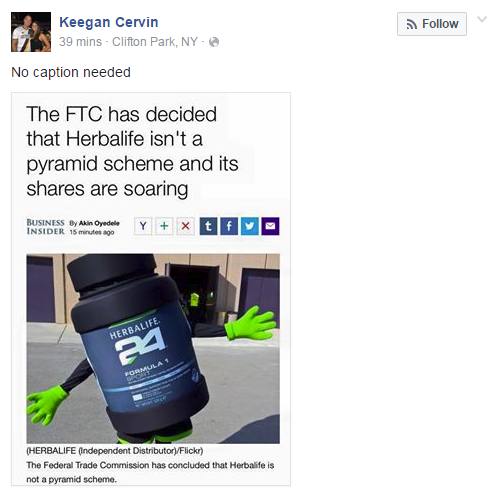 Is that an interesting thing to say? I don’t think it is. Herbalife has been a pyramid scheme for every second of the last thirty years. Until just recently … they were barely obliged to pretend otherwise. Pyramid schemes are ostensibly legal in the United States.

The notable thing about Bill Ackman’s billion dollar Herbalife bet wasn’t that he called Herbalife out as a pyramid scheme :: 9 out of 10 hotel maids could already tell you that … but rather that he thought he could do something about it.

But from the beginning :: until now {the beginning of the end} … the press has preoccupied itself almost exclusively with this Icahn/Ackman “is it a pyramid scheme?” nonsense.

In real life :: a pyramid scheme is like this …

Cousin Karl is a pyramid schemer :: that’s how most people understand the term … and it’s not too complicated.

But legalistically :: labeling something a pyramid scheme is fraught with complication … because there is no universally accepted definition of what constitutes a pyramid scheme.

When the FTC brings a pyramid scheme case it does not do so under the authority of any specific anti-pyramid laws :: but rather it relies on Section 5 of the FTC act … which broadly prohibits “unfair or deceptive” practices.

A pyramid scheme is said to be inherently “unfair or deceptive” :: because as a matter of structure … almost all participants are doomed to fail.

But you know what else is inherently unfair and deceptive? 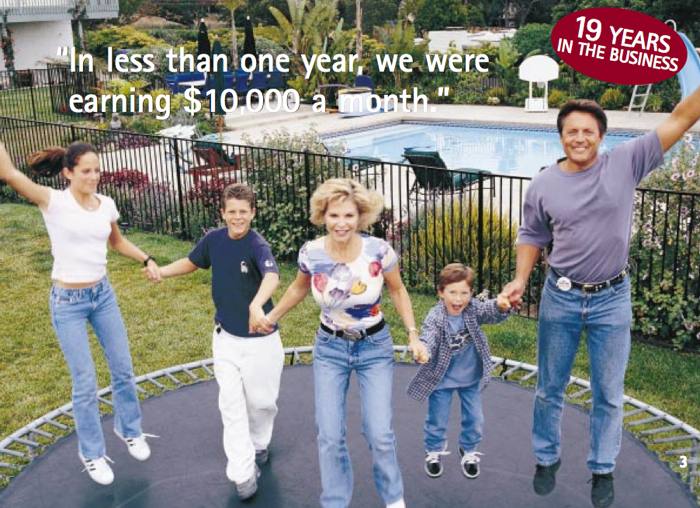 Defendants represent, expressly or by implication, that Herbalife Distributors are likely to earn substantial income, including significant full-time or part-time income, from pursuing a retail-based business opportunity.

In reality, however, Defendants’ program does not offer participants a viable retail-based business opportunity.

The FTC stuffed the complaint with examples of this core deception …

We went from bankruptcy to being set for life!

Regardless of your background and job experience, you can succeed because we have people just like you who started where you are and are now earning substantial incomes.

Your income and lifestyle potential with Herbalife are yours to determine. Thousands of others like you have achieved success with Herbalife. You can do it!

Under the settlement Herbalife has agreed not to misrepresent …

A. That participants will or are likely to earn substantial income;
B. The amount of revenue, income, or profit a participant actually earned or can likely earn;
C. The reasons participants do not earn significant income, including but not limited to representations that participants fail to devote substantial or sufficient effort;

And you can’t too!

A. Statements that participants can “quit your job,” “be set for life,” “earn millions of dollars,” “make more money than they ever have imagined or thought possible,” “realize unlimited income,” or any substantially similar representations; and
B. Descriptions or images of opulent mansions, private helicopters, private jets, yachts, exotic automobiles, or any substantially similar representations.

They are no longer allowed to do the only thing they’ve ever done! 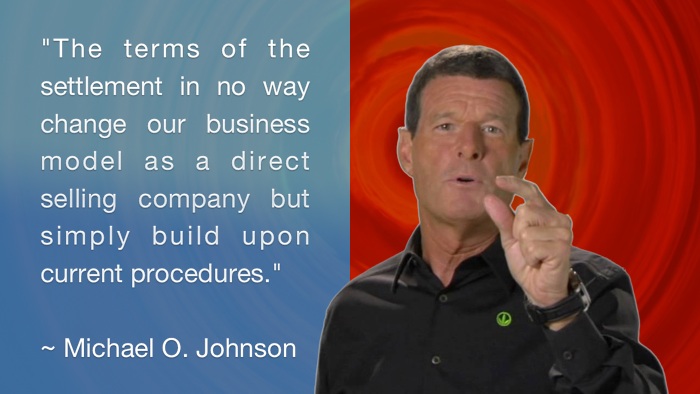 While the complaint does not contain the words “pyramid scheme” … the settlement very specifically strips the Herbalife scheme of recruiting rewards not tied to retail sales. The terms Herbalife have agreed to here are far more onerous than anything we could have accomplished via 200 years of consumer legislative lobbying … or FTC public rule making.

For whatever reason {maybe to prevent their international money laundering operations from being fully exposed?} … one of the largest players in MLM has just consented to a new industry standard that will completely destroy the industry. 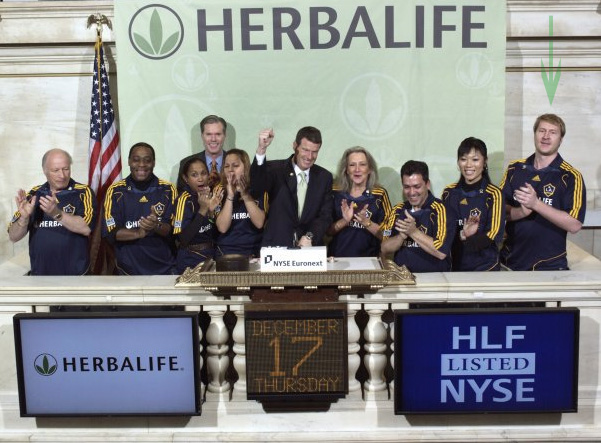 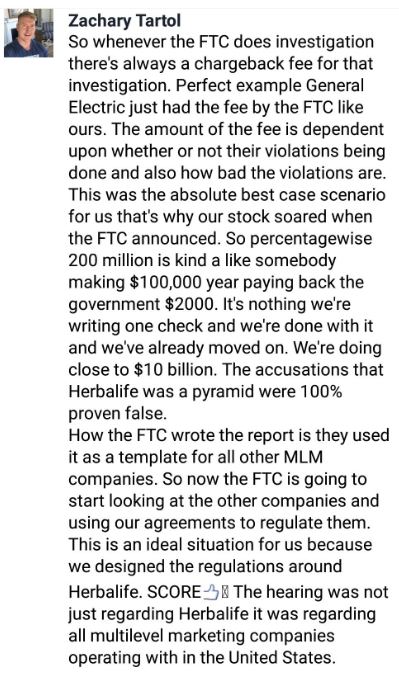 percentagewise we’re 100% proved not a pyramid you guys #10billion

But through the haze of stupid there is something that I just love :: love … love!

How the FTC wrote the report is they used it as a template for all other MLM companies. So now the FTC is going to start looking at the other companies and using our agreements to regulate them.

From this turd’s mouth … to god’s ears!

Vemma was a $200 million dollar per year juice selling MLM {whose most complained about distributor was Herbalife transfer Anthony Powell}. The FTC moved against them :: and while the court allowed Vemma to continue operating … it stripped the recruiting rewards from the compensation plan.

The terms of the settlement in no way change our business model as a direct selling company but simply build upon current procedures.

The terms don’t change the “direct selling” part of the model :: that’s true … but of course Herbalife has never had much at all to do with “direct selling” {aka retailing}. Now the company must become an 80% retailing company :: and they have to do it without the benefit of bullshit like this … 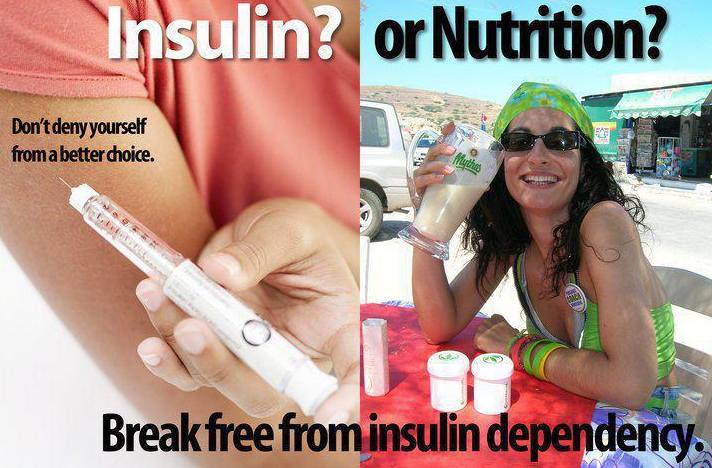 … because they’ve consented to having the FTC as a fulltime babysitter.

It’s nothing we’re writing one check and we’re done with it and we’ve already moved on.