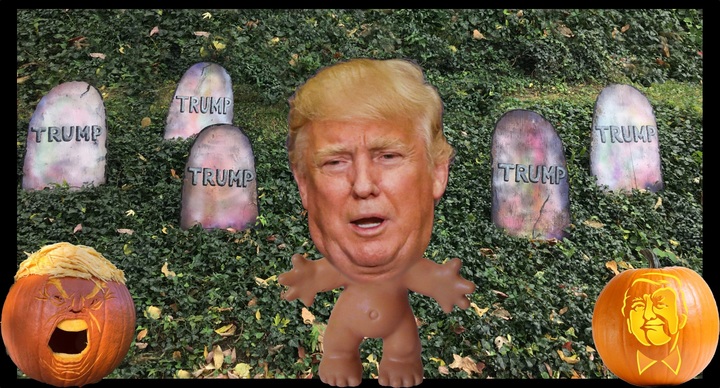 Donald Trump is a mother-groping conman.

I should know … because slapping around big bully conmen is my jam.

I’ve grabbed a huge amount conmen by the pussy since 2009 … a really huge amount. And they just let me do it :: because I’ve never been wrong folks … never. Believe me! I’m tremendous at calling out conmen :: really tremendous … the best.

Okay so maybe I am wrong sometimes :: should have said …

Hey ladies why not serve up a little Extremely Racist Cucumber Spread :: along with some all white crackers … on one of Trump’s beautiful Joseph McCarthy commemorative plates? 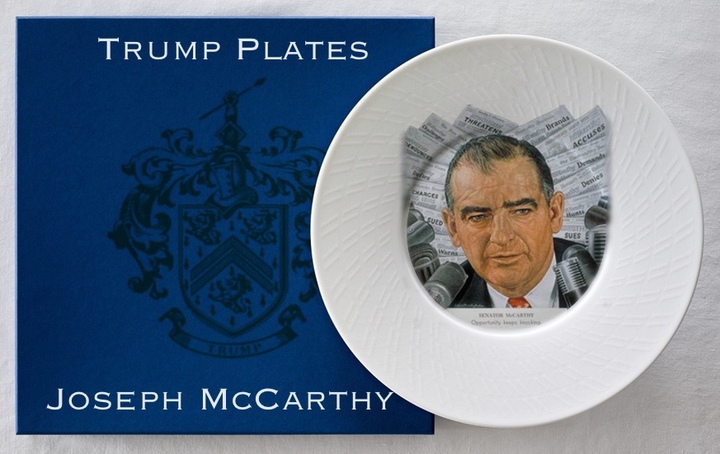 I guess we’re supposed to believe that Trump is some kind of Republican … and not just a massive asshole spoiled richboy idiot who’s only ever been all about he himself and him?

Yes :: we are supposed to believe that … and some 30% of us apparently do.

Just to finish nailing down these “I told you sos” …

But oh gosh :: I guess it is all our fucking problem now … because we have together – all of us – created a catastrophe.

Pretending facts and reality aren’t real … invites the dumb and dangerous to destroy us.

I know it seems like the “Trump is conman” story has been eaten by the “Trump is the worst piece of shit on Earth” story … but I think the conman thing is still important. Manipulation of the preprogrammed masses by fake reality celebrities :: the story here … is at the root of all the toxic vines in Trump’s pumpkin patch.

Twenty days until the election … here comes twenty fake robot posts about the worst piece of shit of Earth. I don’t have enough substance to fill that many posts :: but it seems that those without substance are free to rave like lunatics … and that I can fucking do with the best of them.

The twenty-first post in this sequence will be a deep bleep blurb of redemptive relief after Ms. Clinton wins in a landslide.

Either that … or I guess I’m hoping for Wi-Fi in the gulag.