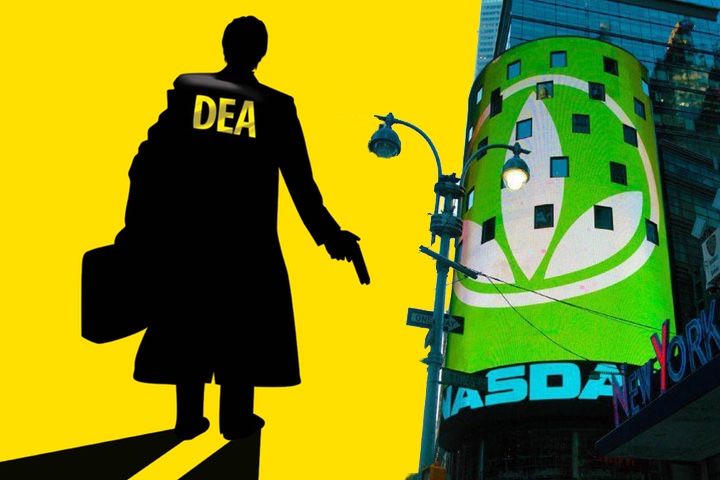 But yesterday there was a “research report” from an anonymous author {kinda} alleging that Herbalife is laundering drug money :: so I’m gonna have to talk about that instead … maybe squeeze Trump in at the end as a fat faced non sequitur.

Let me just say a big :: yuge … 100% fuck you to anyone who thinks/thought that I wrote this report. It was an order of magnitude more likely that I wrote the ass pimple e-zines.

This is a very suck situation. It was sloppy :: soft :: the timing was terrible … and the venue was wrong. But whatever :: it happened … so it happened.

let’s talk about it

We bet you didn’t know that one of Herbalife’s top distributors and top earners; a Colombian national named Socrates Valencia that the company almost never mentions or talks about publicly, was arrested in connection with the seizure of $40 to $50 million of cocaine by federal officials in the 1980’s.

Well you bet wrong :: and lost {just like Bill Ackman!} … because I totally did know.

What if we also told you Socrates’ brother and fellow Herbalife distributor, Arquimedes Valencia, registered a domestic business corporation in 1994 with someone who “collected drug money for the Cali cartel,” according to the New York Times.

Then I’d tell you that you forgot to use a question mark? And then I’d answer your non-question by saying :: yeah … I totally already knew that.

Then I’d say :: what if I told you that I already knew that too … and why are you writing your “research report” as a series of compound questions? 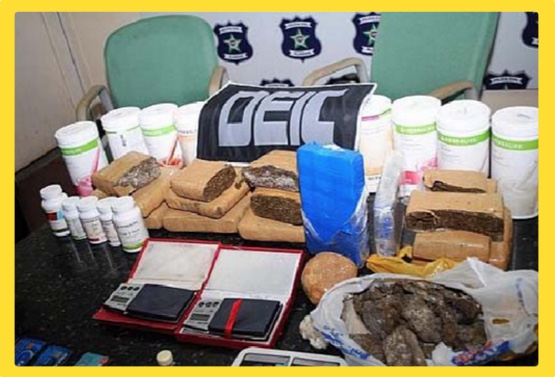 Today, in our first pubic research note ever, 10/10 Research wants to blow open an angle to potential fraud at Herbalife that has yet to be investigated by short sellers or the media.

But is has been investigated … and this “research report” is quite obviously part unauthorized product of that investigation.

The report meanders around :: wrapping empty analysis around fascinating factual tidbits … and then it ends with a series of very bad questions.

For the media and those interested in following down a path that we think could lead to more answers, we humbly submit the following questions for you to ponder:

What the hell are you talking about 10/10 Research? Who would complain about money laundering to the compliance department of the front company? It’s like someone handed you the right file … but you have no idea how to read it.

When I first speculated that Herbalife was laundering drug money back in 2013 … the example I cited had the DEA participating directly in the laundering operations.

The DEA 100% knows that Herbalife is used to launder money :: the question is … why have they allowed it to continue for so long?

A decade ago, the Drug ­Enforcement Administration launched an aggressive campaign to curb a rising opioid epidemic that was claiming thousands of American lives each year…

But the industry fought back. Former DEA and Justice Department officials hired by drug companies began pressing for a softer approach. In early 2012, the deputy attorney general summoned the DEA’s diversion chief to an unusual meeting over a case against two major drug companies.

“That meeting was to chastise me for going after industry, and that’s all that meeting was about,” recalled Joseph T. Rannazzisi, who ran the diversion office for a decade before he was removed from his position and retired in 2015.

The government locks up minorities :: the poor :: and the unsophisticated … so they can convince us that they’re doing something. Meanwhile they facilitate and participate in society’s biggest crimes … siphoning off posh jobs and fat monies for themselves.

Herbalife is stacked with former government employees and lobbyists :: but it’s not going to be enough anymore … as some waves cannot be resisted.

“[I]t is preposterous to believe that HLF is in any way linked to money laundering or drug smuggling.”

It’s preposterous to believe that an Herbalife analyst could be so utterly ignorant as to how Herbalife operates :: but here it is … fucking happening in spite of my lack of belief.

Herbalife is certainly laundering money … it’s only the magnitude that remains a mystery.

What if I told you {in the form of a question} that I think it possible that more than half of Herbalife’s revenues are derived from money laundering?

What if I told Carl Icahn that he should fire whoever he has doing his Herbalife diligence … and then I started cackling maniacally?

What if I ended this post by saying I don’t think Donald J. Trump’s MLM ever got around to laundering money … because {like most Trump ventures} it failed immediately?