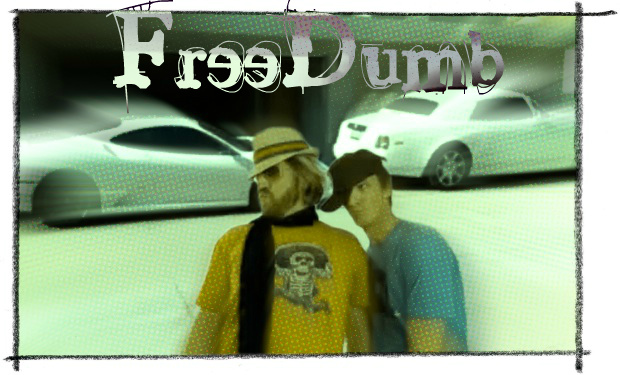 Frank Kern is a family man … didn’t you know? He talks about it all the fucking time … so it must be true. I’m sure he’s not just intentionally trying to humanize himself in order to lubricate the process of doing something very inhuman :: because that would be manipulation … and your “main man Frankie” ain’t like that.

But sometimes mommies and daddies fall out of love :: and even the fakest of marriages fade into San Diego divorces. Call me India Lawrence {as seen on The Salty Droid} :: tell me something I don’t know!

I heard about Irwin Frank Kern’s divorce months ago :: but I didn’t care … because I don’t care. All these motherfuckers are going to get divorces … cause they are only capable of caring about the happiness of the d-bag in the mirror. But it seems now everyone’s heard about Frank’s folly :: because suddenly “frank kern divorce” is trending on my dashboard.

… typical Frank Kern style classy. It’s not a divorce :: Frank just loves being a family man so much that he’s decided to start collecting them.

Back in 2006, I created a secret plan which I named “Operation Total Freedom”.

I implemented it, and within 5 short years, I sold over $26 MILLION DOLLARS worth of my own products. 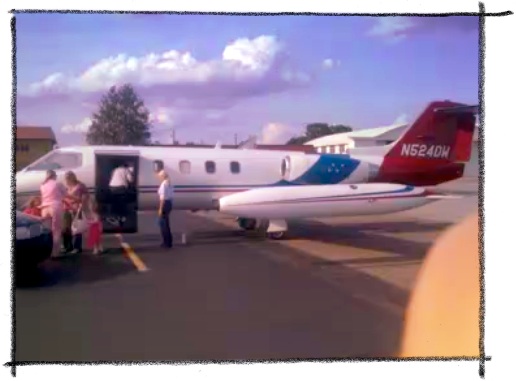 Apparently Frank’s new lady is sick in the ICU :: but Frank is so devoted to telling you about how he sold $26 million worth of nothing that he “worked” straight through the traumas …

Over the course of the webinar Irwin inappropriately mentioned the ICU not less than five times :: awkwardly trying to frame himself as the devoted hero king …

One of the blessings of Internet Marketing monies is being able to provide for your family :: just like family man Frank Kern. The appeal of the fancy cars and what not wears off :: says Irwin :: but helping your family is forever. To prove it Irwin put up pictures of his daughters {in bunny ears!} while he talked about how he wouldn’t have any worries about paying the hospital bills of his new girlfriend. 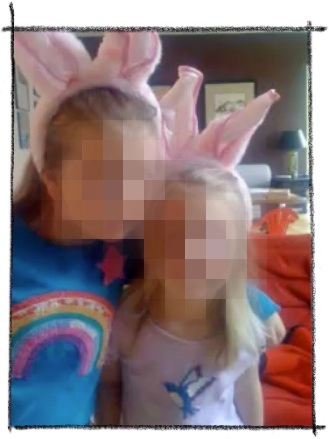 Again … classy! But what else would you expect from the self-appointed leader :: president :: and godfather of Internet Marketing?

Operation Total Freedom is built on the three pillars of lies :: lies :: and other lies … or something. 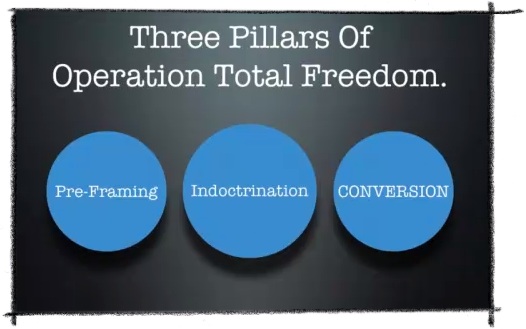 According to Frank :: everything Frank’s ever done has been about a conscious plan to indoctrinate … 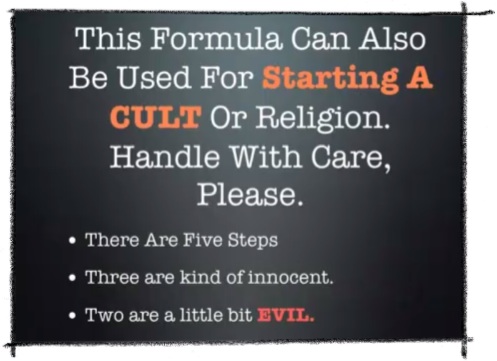 Of course an essential part of Frank Kern’s Rolls Royce having :: private plane flying :: bunny ear buying :: $26 million freedom adventure … was his French for trade union. The Syndicate was the most important part of Operation Total Freedom :: but the conspiracy theories about how it was an important part of Operation Total Freedom are all bullshit that “add to my legend” … so he’s super glad the cat is out of the bag about his bag-o-dicks club.

That’s why Operation Total Freedom comes with its very own Syndicate! That’s right! I already told you … and you can too!! 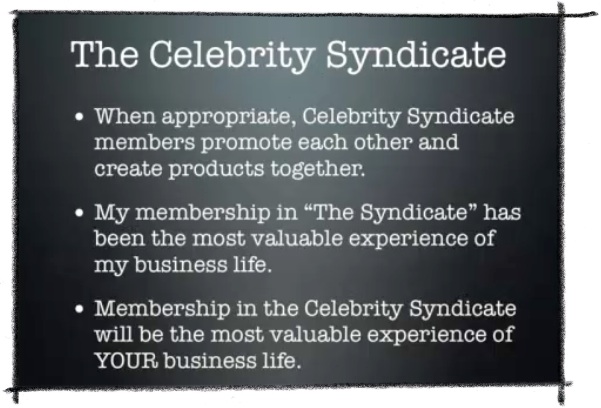 The Not-Celebrity Syndicate will be a secret organization …

Now before I tell you the price :: please remember the ICU and the kids and stuff … Irwin’s a regular old human … not a psycho drug addicted scammer without a heart or soul. And the VALUE is tremendously gangsta … 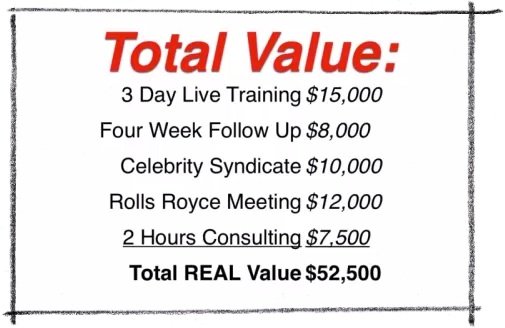 This is the perfect $13,000 to spend if you’re new to the Internet and don’t actually have an Internet business …

It’s a good thing this unregistered $13,000 biz-op frauduct will work for beginners :: because I think I remember Irwin Frank Kern IV accidentally reminding us earlier this year that …

“… they don’t have businesses and websites and products and shit.”

They do have emotions and obligations and families and shit … but fuck that I guess.