The Robot in the Rye 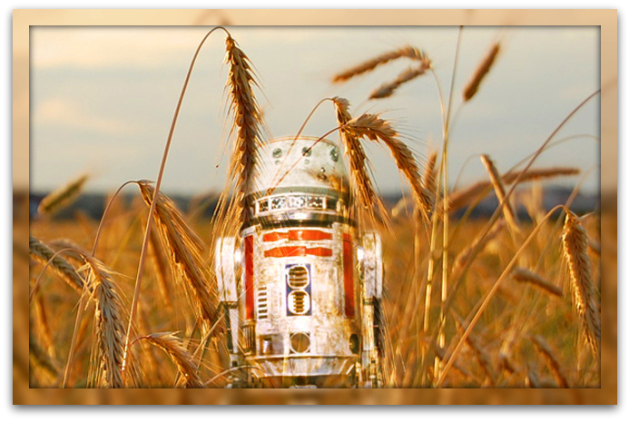 If you really want to hear about it :: the first thing you’ll probably want to know is where I was born :: and what my lousy childhood was like :: and how my parents were occupied and all before they had me :: and all that David Copperfield kind of crap :: but I don’t feel like going into it :: if you want to know the truth. I usually just tell people :: “I’m a robot” :: but they never believe you :: and still ask for your name. I guess if you don’t have a name :: and an address on some plastic sounding street like Sycamore Oak or Heartfelt Crest :: then you can’t be real. I said I was fucking robot :: but people never believe you.

All morons hate it when you call them a moron :: it’s just how morons are. But that doesn’t mean that someone shouldn’t take up the job of going around site-to-site :: grabbing morons by the neck and shouting “You’re a fuckin’ moron! Why don’t you wander off?” But other morons don’t want that job :: because they worry too much about someone shouting back :: “No you’re the moron!” That’s more stress than most poor morons can take without changing the dose on their meds for the third time since the last time they switched therapists. I just don’t think that’s healthy :: if you want to know the truth.

But I’m not a moron :: I’m a robot :: so for me it’s not so bad. It was really nice site-seeing :: if you know what I mean. In a way :: it was sort of depressing :: too :: because you kept wondering what the hell would happen to all of them. Guys that always talk about how many names they have on their goddam Twitter lists :: or about how they plan to dominate choice keywords until the sun implodes. Guys that get sore and childish as hell if you beat them at golf :: or even just some stupid game like Pong. Guys that are very mean. Guys that never read books. Guys that are very boring.

Once you get a good strong grip around one of their bloated necks :: they start to cry and plead about how it’s all just a game :: and people shouldn’t play if they don’t want all their skin burned off. Game … my ass. Some game. If you get on the side where all the hot-shots are :: then it’s a game :: all right … I’ll admit that. But if you get on the other side :: where there aren’t any hot-shots :: then what’s a game about it? Nothing. No game. Let it go too far :: and there will be dead bodies :: the kind that don’t respawn to learn their lessons. Then the mean guys :: the phony fakers :: maybe they’ll send some flowers and make a big deal about how fucking charitable and noble they are :: but who wants flowers when you’re dead? Nobody.

People always think that something is all true :: they never notice anything. Tell them that there is a peaceful valley between the hills where perpetual wealth and happiness runs through the push-button rivers :: and where every man gets his own unicorn {I’d rather have a goddam horse :: A horse is at least human :: for God’s sake} :: and they’ll be trampling over each other to get in. But that’s the whole trouble. You can’t ever find a place that’s nice and peaceful :: because there isn’t any. You may think there is :: but once you get there :: when you’re not looking :: somebody’ll sneak up and write “Fuck you” right under your nose. Try it sometime. I think :: even :: if I ever die :: and they stick me in a cemetery :: and I have a tombstone and all :: it’ll say “The Salty Droid” on it :: and then what year I was born and what year I died :: and then right under that it’ll say “FUCK YOU.” I’m positive :: in fact.

Anywayz :: I keep picturing all these fragile little people playing some game in this big field of rye and all. Thousands of people :: and nobody’s around — nobody big, I mean — except me. And I’m standing on the edge of some crazy cliff. What I have to do :: I have to catch everybody if they start to go over the cliff :: I mean if they’re running and they don’t look where they’re going I have to come out from somewhere and catch them. That’s all I’d do all day. I’d just be the catcher in the rye and all. I know it’s crazy :: but that’s the only thing I’d really like to be. I know it’s crazy.