Speaking of The Syndicate 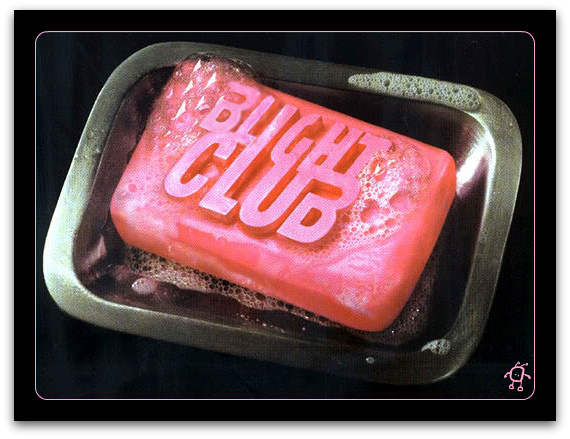 But some stupid mother fucker always does … and thus beginneth … omg wait for it … an actual conversation about what’s actually happening {glory hallelujah!}.

“Whether the people in this group of marketers are acting independently is debatable. The question is, are they truly competing against one and other? In other words, are these guys truly competitors? This is something I think any court will need to define.

But here’s my take. They sell information, true. And it can be argued that information is not really competitive. For example, just because I bought a Stephen King novel doesn’t preclude me from buying an Anne Rice novel at the same time.

One can sell information on, say, affiliate marketing while the other on, say, traffic generation. So they are not quite “competitors.” But herein lies the problem…

Ray Edwards :: How Much Money The “Gurus” Make… And How They Do It

“There is a very real conspiracy to extract as much money from you as possible.

Right now, as I write this, there is a group of “gurus” sitting in a circle in some hotel suite.

Each one of them is talking about their own version of Method X, and how he plans to sell it to the masses.

And they are all agreeing to promote one another’s Method X….

…and that’s why you keep getting email after email from the same group of people promoting one another.

Now, am I saying it’s wrong to promote products for other people? No. I’m not. What I am saying is that when there is an organized “plan” to put you into a cycle of buying one $2,000 or $5,000 product after another, without regard for what’s best for you…

…when you are being told 10-12 times per year that the latest, greatest, “Method X” is the “one true answer” to all your problems…

….and you keep racking up credit card debt to buy all this crap, with no results to show for it…

IT’S TIME TO GET OFF THE MERRY-GO-ROUND.

“Aside from what they call their little “mastermind group” – is this really a surprise to anyone out there? I mean, it’s sort of obvious that there are several “cliques” of friends who promote each others’ stuff – not just this one particular group. Isn’t it? Obvious? Has no one been paying attention at all?”

It’s obvious to me :: and to Dan Thies :: but it’s not all that obvious to people inside the meat grinder. Especially people who are already overwhelmed by the complexity of the Interwebz. Many of these people :: let’s call them “Baby Boomers” because that’s totally who I’m talking about :: are still thousands and thousands of experience hours away from a reasonable baseline of Internet understanding. Complex patterns are invisible if you don’t understand the fundamentals.

Allison Nazarian :: Enough Already (Or, My Constructive Rant On The World Of Internet Marketing)

“There are lots of desperate people out there. And lots of not-desperate-but-just-regular people out there, too. People who want a change. Who want out of their 9-to-5. Who want more time with their kids. Who want to find love. Who crave a real vacation. Or nice dinners out. Or the red car of their dreams. Heck, what about the people who want their freakin website or blog to make money already?!

The One who has all the answers.

The One who knows how to use that fancy talk stuff and will teach you, too!

The One who was once as down as you are but now knows the secret to the way up!

The One who “comes out” against all of the other Ones to tell you how not like them he/she is.

Yes, The One who will make all of your dreams come true.

I’ve stopped searching for The Answer or The Person Who Has The Answer. I’ve started to trust myself. I hope the very same for you.”

This link to Allison’s lovely post is dedicated to a certain dumpy beast out there. Tonight :: dumpy beast :: while you’re sleeping in your car :: I want you to keep something front and fucking center in your neurotic little mind … Allison likes me!

Remember: If you publish information or are responsible for providing guidance to a list of subscribers, then you need to always have their best interests in mind. You need to be thinking about how to best help them… and protect them.

But if you are part of an organized group of competitors who’ve pledged to promote each other, you simply can’t do what’s best for your readers.

What happens if I (as a member of the group) don’t feel like one of the products is worth promoting? Or what if one of the members of the group gets involved in some shady business dealings? What then?

The answer is… I can’t really do anything unless I want to risk losing my position in the group — and missing out on the windfall I’d receive from the promotion and endorsement of the group.

Exactly! Although :: every member doesn’t need to promote every product every time. It’s a group of chuckle headed d-bags so they aren’t running a very tight ship. Some products :: cough Arbitrage Conspiracy cough :: have even been known to cause big ol’ insider flame wars. But the overall point remains true.

“Again I’ll turn to observations made by attorney Michael Webster. He made these particular observations when the FTC Published their Final Guides Governing Endorsements and Testimonials when he published this post about Testimonials and Disclaimers explaining how while many bloggers and marketers were debating and worrying over the Endorsement sections, they were completely overlooking the more important introduction of the “No Safe Harbor” rule for testimonials such that “If the testimonial is an outlier, then the company has to report “the typical consumer experience”.

He then goes on to note in that same post about Testimonials and Disclaimers (which also has great information about FTC prosecution strategies):

“This means that they cannot make any earnings claim because they don’t have any typical consumer experience data. But they will continue to make these claims, making it an easy case for the FTC to prosecute.”

What Might Social Network Analysis Say About The Value Of Product Recommendations And Value Of The Products (Price) Coming From The Internet Marketing Syndicate?

Again, remember the formula where “wi” is the “witness” providing information to “a” about “b”, then:

IF coop(wi; b) is high THEN socialTrust(a;wi; b) is very bad

In other words if the assumptions in Jordi Sabater and Carles Sierra’s paper are correct, then it’s likely that any information ABOUT products from Syndicate members OR the value placed on products (i.e. price) could quite possibly be “very bad”.”

Definitely read that post if you’re a nerd. It’s interesting.

“In reading some of the blog posts circulating about this subject, I’m finding that to join this Internet Marketing Syndicate, you must promote a schedule of products, no matter what. Yours then gets promoted once as a result of being part of this group…no matter what.

So…products are being promoted randomly, without a second thought to the person forking over their hard-earned $1997 to buy them?”

Joe Mudd {best name ever!} :: Gurus – Bad For Your Wealth

“The gurus mentioned in these stories sell products with a price point of around $2000. That’s a lot of money. But they have secrets – right?

I’ve spent my cash on some of this stuff, just to see. Didn’t really see any secrets.

“I’m no longer interested in reading hyped up long page sales copy. Nor am I likely to watch videos that flaunt how much money can be made by generally fleecing the internet marketing wanna-bees. That video linked on the Salty Droid site showing Frank Kern with his “godfatherish syndicate” information just totally irked the crap out of me.

Here I am, the day after I watched that – totally stripping this blog of any recommendations, names, etc. Even though I have been “moving away” from this crap for over a year now, I surely didn’t have this blog updated.

Well I’m fixing that now, because no more will I recommend that type of behavior. Every link I can find that even remotely worries me is coming down. If you find an old link in my name that is associated with any “scammy types” – please let me know where you found it and it will promptly be deleted.

The bad thing about many of these “sellers” is that they KNOW – less than 5% of the “buyers” are actually going to do anything serious with what they just bought. They know it when they sell it to you. And they will flat out TELL you that they already know it. Wouldn’t that be fraud?”

Michael Arrington at TechCrunch :: So A Blogger Walks Into A Bar

“So what’s wrong with this?

Collusion and price fixing, that’s what. It is absolutely unlawful for competitors to act together to keep other competitors out of the market, or to discuss ways to keep prices under control. And that appears to be exactly what this group is doing.

This isn’t minor league stuff. We’re talking about federal crimes and civil prosecutions if in fact that’s what they’re doing. I had a quick call with an attorney this morning, and he confirmed that these types of meetings are exactly what these laws were designed to prevent.”

Okay so he’s talking about a different syndicate :: one made up of actual important people rather than sad little posers :: but the points are still germane.

The Great Wall of Silence has fallen :: make sure you say what you need to say while it still matters.