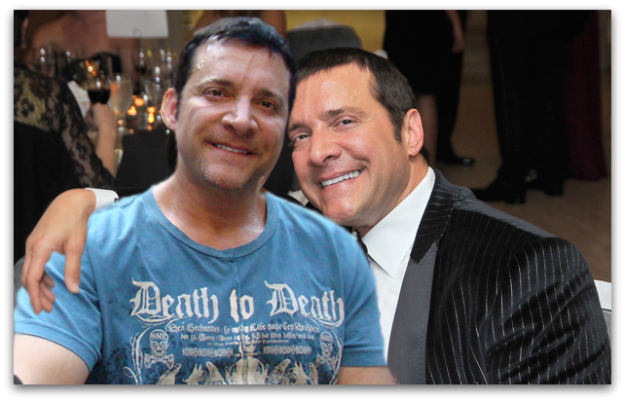 James Arthur Ray :: and his herpes infested tongue :: has been refusing to answer questions for several months now. You might think that’s because he’s a spineless fucking coward and the hypocrite of the century … and you’d be right.

But Death Ray has been doing his own O.J. style “investigation” into the deaths he knows he caused. This week saw the release of two “white papers” which are the first work product from that fake-hunt for truth. “White Papers” is a strange way to describe what turns out to be letters from your criminal defense attorneys to the Sheriff about how you are super innocent in spite of all of the horrible FACTS. But James Ray is not a man attached to words and their natural meanings …

Whatever! Shut up idiot.

Our friend RWRenfrew is much less ridiculous :: and described the situation with the letters quite accurately on our own comments ::

“Law enforcement has so much corroborated evidence from witnesses that speaks to Ray being at fault, that they cannot take those letters from defense lawyers as being correct.

Keep in mind that the prosecutor and law enforcement have collected far more information than defense lawyers have at their disposal. To date, there have been no charges, so there is no question of discovery – in other words, the prosecutor has not turned over evidence to the defense as it is premature when there is no indictment. Once a case is filed by prosecutors, each side serves interrogatories (written questions) on the other. Each side will also demand ‘discovery’ from the other. This is standard procedure.

Discovery demands by the defense would include copies of all evidence gathered by law enforcement including copies of all police reports,autopsies, items seized, etc. They need to see what the prosecution has in order to build their case.

Bottom line: Defense attorneys wrote the first letter to prosecutors at a time when they did not have the benefit of the police reports, search warrants, witness statements, etc., that were made public by court order. As a result, they did their best to make a convincing case to the prosecutor working with what they had.

As an aside, defense attorneys write this kind of letter to prosecutors pretty routinely.”

Exactly! And now I don’t have to say any of that boring shit myself.

Death Ray paid a fortune to have these letters drafted by exorbitantly high priced attorneys. The same attorneys who are going to suck up every last penny of his money so that the victims get nothing but misery. Three cheers for farcical justice!

As much as I loved these letters :: they were in need of some improvement. Namely :: they came to the conclusion that Death Ray was something other than a horrible fuckwad. I beg to differ … and so … presenting The Salty Droid’s mark-up of the first white paper {the long one}. 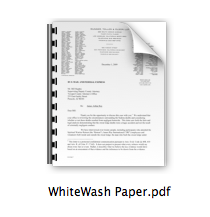 I hope the good people over at Munger, Tolles & Olson will accept some of my changes before their next draft :: and I hope you people have the sophistication {and proper software} to find humor in a sixteen page satire of a legal mark-up. Oy Vey! What was I thinking?