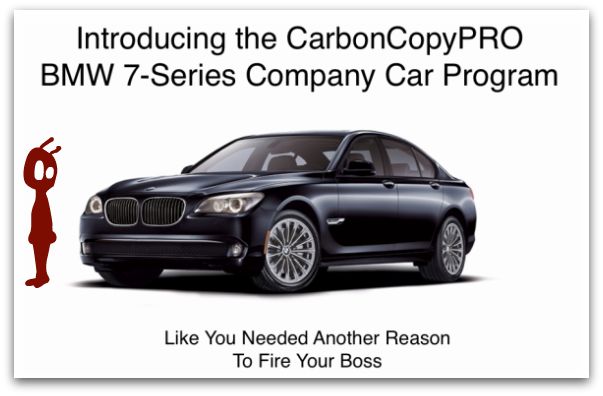 There is no question that DK Dipshit and JimmyDavis are squirmy little turds. They are of no value :: They are unpleasant to look at :: They have the stink of waste :: If you get them on your skin, you’ll think of NOTHING but washing them off for months {no mere soap is powerful enough … The Droid recommends gasoline followed by matches}.

But DK and Jimmy are just one sad wilting branch on a much bigger Turd Tree. The Droid isn’t content with breaking just the smelly little branches :: This WHOLE mother fucking Tree is going to go DOWN!

Hello Jay Kubassek & Aaron Parkinson :: bleep bloop :: Do you want to be my friends? {the correct answer was OMG NO! … but it’s too late now}. Some of your turd babies floated up on my lawn, and I’ve followed the smell back to you.

Jay and Aaron’s contribution to society is an expensive … useless … multi level … punk ass hustle. Here’s how it works ::

There is nothing Professional about Carbon Copies :: They are smudged, unclear, dirty reminders that someone more important has the fucking originals. Carbon Copies started dying a slow death in the 1960’s … along with open racism and misogyny :: All three died slowly because the establishment hates improvement … but once they were dead, no one was shedding any tears.

Now it’s Carbon Copy Pro’s turn to DIE! I’m coming for you Jay & Aaron … you sick pricks … but it’s not going to take me 4 decades to kill you off. You are standing atop of a poorly constructed Card Castle …

See you in Hell.