enlighten us {with death and darkness} 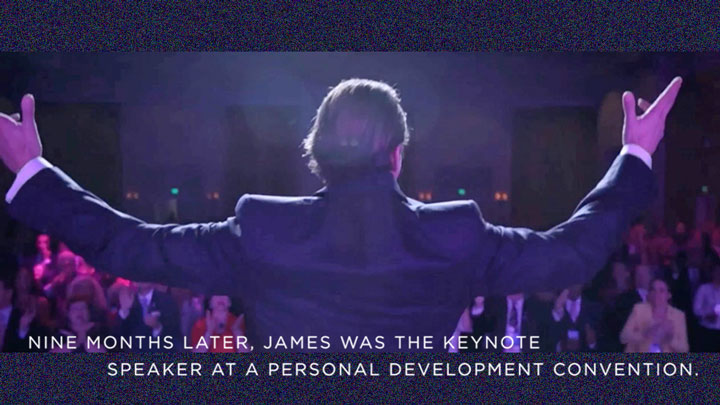 This is the last frame of the film :: Enlighten Us: The Rise and Fall of James Arthur Ray … a CNN documentary premiering tonight at the Tribeca Film Festival. The movie’s title is the reverse of the movie’s story … which chronicles the fall and rise of James Ray.

The Salty Droid will be at the premiere … disguised as a normcore fucking hipster.

DeathRay will be there too :: not disguised … as a total fucking monster. Maybe we’ll meet up after the show and discuss different creative ways he could kill himself. I’ll tell you all about it next week.

But let’s just start with this last frame … because it’s telling of the overall quality of the journalism on display here.

Nive months later, James was the keynote speaker at a personal development conference.

… victory :: it’s a happy ending for DeathRay. The comeback he desperately desires … but definitely doesn’t deserve. 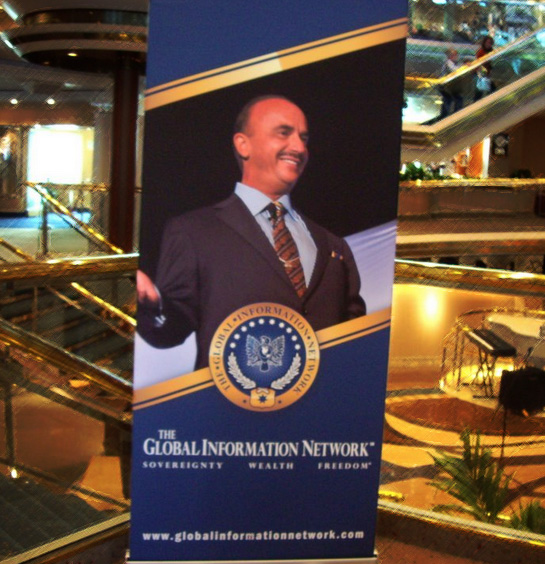 Ray’s big final moment of comeback triumph is speaking at the “GIN Family Reunion” in Nov 2015. GIN is a pyramid scheme shaped hustle :: and Scientology knock-off … founded and fostered by Kevin Trudeau before he was himself sent to prison. 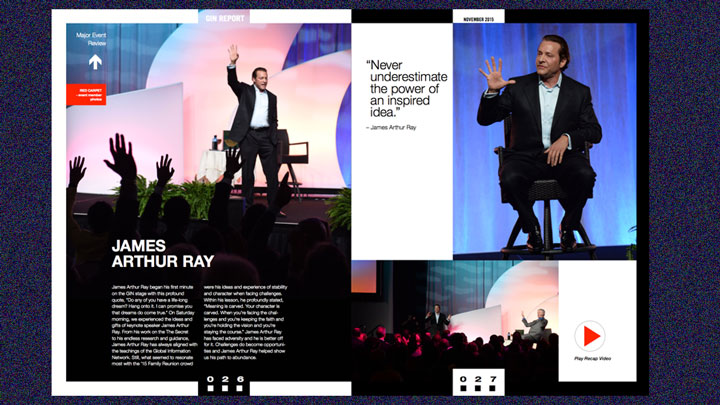 Ray is reliant on pyramid schemes :: Ray is a fucking pyramid scheme … as ever. Pyramid schemes don’t care if their speakers are the scum of the earth :: in fact … it’s a job requirement. Facilitating the sucking out of victims on mass is rough work for anyone with a shred conscience. So GIN hires a guy who went to have a sandwich while his acolytes laid in the mud … dead and dying.