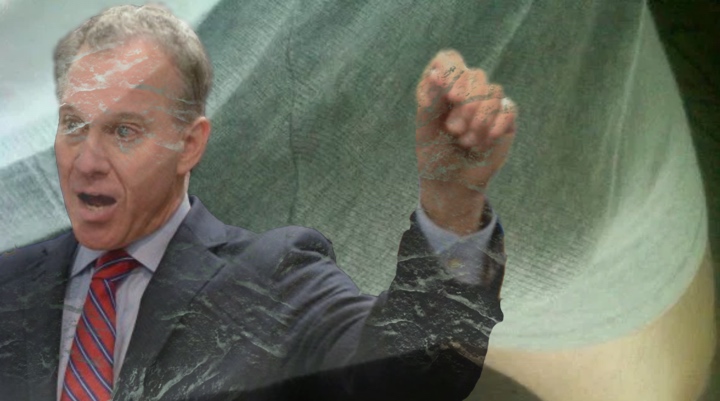 I can’t get scammed by ‘make money’ scammers because I don’t care enough about money. So boring.

Meh. Not really. I mean, sure, I guess, if you’re just going to hand it to me. Otherwise, it sounds like too much work… and I assume there will prolly be mandatory socializing and staff Skype calls? Hard pass. I can already afford all the beer and cheeseburgers I need to survive.

But I do repeatedly get scammed by brash New Yorkers pretending to be stiff-spined advocates of the people.

I was so convinced, and genuinely inspired, by each of these men … and they all straight Kanye’d me.

Pigs. What an insult that is to pigs. Pigs would never.

Today I’m supposed to choose between Dennis Kucinich and Rich Cordray for Governor in the Ohio primaries. But fuck it. I can’t do it. I’m writing in Kirsten Gillibrand.