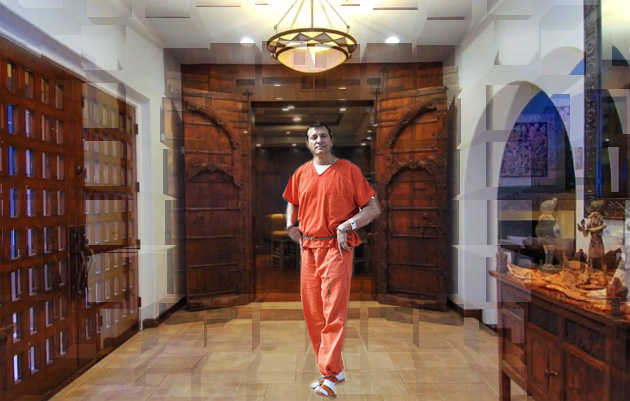 James Arthur Ray :: aka inmate 267823 :: used to have a house in Beverly Hills … 90210. He paid an eye-popping $4 million for it :: although at the time he could afford it because Oprah said he knew The Secret … so he was totally rolling in other people’s money.

Death Ray listed his Beverly Hills home for $5.5 million the month after the deaths in Sedona :: it {short} sold two years later for $3 million … yet another harmonic epic fail. James Ray can control the universe with his mind :: but apparently his mind hates himself … one of the few things his mind and I can agree on.

For the last couple of years :: the citizens of Arizona have been providing Mr. Ray with room and board {and jumpsuits} … free of charge. It should have lasted a lifetime :: or at least through a full Hobbit trilogy … but it didn’t.

Now that his saggy guru ass is only a few months from semi-freedom :: it seems the comeback plans have begun. He’s starting small of course :: with destitution … and then maybe he’ll work his way back up to Harmonic {I stole your} Wealth™.

I am hesitant to send this e-mail; however I just got off of the the phone with James and time is becoming critical. As I am sure most of you know, James is due to be released on July 12th and as a condition of his parole, must stay in Arizona for 110 days following his release. I have been consistently reaching out to James’ friends in an effort to find him some type of lodging for his short stay in Arizona. Unfortunately, any lodging must be approved by his parole officer prior to his release, and he has been told that renting an apartment, or staying in a hotel will most likely NOT be acceptable to the state of Arizona. That being said… we are desperately looking for some type of spare room in someone’s home, or an empty home that he could use for his short time on parole.

As I am sure all of you assume… this unfortunate situation has left James financially destitute, so we would not be able to pay much for either type of above lodging. The additional caveat would be that if it was an empty home, we would need to also find bare minimums on furniture (bed, couch, etc) that he would have access to.

The alternative to us NOT being able to find him lodging, would be that he would have to stay in a “group home” (or halfway house) with other recently released prisoners. Although we all hope that newly released prisoners come into society with the intentions of leading a reformed life, the reality is that these halfway homes tend to be full of drugs, theft, and violence. James is simply hoping for a place to have solitude, and a location that he can begin to re-acclimate to life as we all know.

Once again… I apologize in sending out this straight to the point e-mail; however, I have simply exhausted my and James’ resources (me being 1200 miles away) and now am counting on the universe to guide someone to the right resource to help us in this desperate situation.

My love and respect to all of you that have already done so much for James. I truly believe each of us has tremendous hearts and want the best for James as his “new life” begins upon his release.

My best to all, and thanks in advance! Jon C. Ray”

James Arthur Ray needs a couch of solitude :: it’s fucking critical … else his righteous self may be forced to slum it up in some halfway house filled with dirty drug using crooks who have never even been on the Today Show. 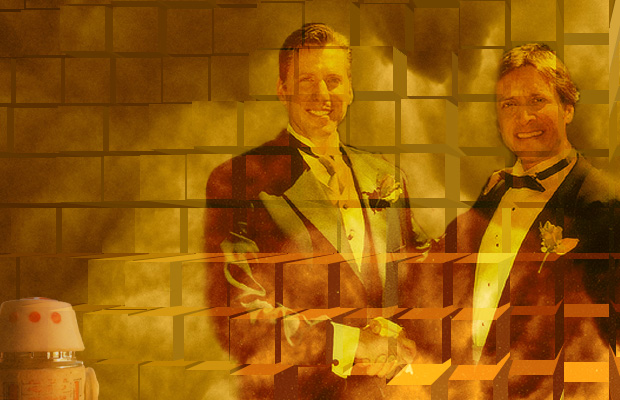 I asked Jon C. Ray {who was on the bus with Colleen Conaway the day she died} about this loathsome :: entitled … dripping with irony email that I was never supposed to see. Says he …

The truly sad and disappointing fact, is that anyone that does not believe this unfortunate accident had a devastatingly negative impact on James; his mental status for life; the pain and mental status of his family for life; and many others that he has greatly helped and assisted over the years, simply have an agenda and vendetta to carry the hatred and pain for all as long as they can.

Is that the “truly sad” fact? And here I thought it was the dead people.

Our hearts have gone out to the families of the decedents now for nearly 4-years and will continue to do so for the remainder of our lives. Although my brother still lives in human form, he has died many internal deaths since this unfortunate accident.

How many “internal deaths” does it take to equal one actual death? I’m no expert in death math :: but I’m thinking it takes many more than many.

Life “ended” in different degrees for many in many different ways in October of 09. So my friend, you can be part of the solution or continue the hatred, but please know that you can never truly “hurt” anyone else by spreading negative thoughts, actions, or emotions. The only one your truly hurting is yourself. I would ask you to have the decency to allow the hatred to stop and the healing begin.

Thanks :: but no thanks … hating is kinda my shit.

When is NOW the right time for me to place an unhelpful Craigslist ad?

Just Out of Jail, Need Room

Getting out of prison in July … totally reformed.

Crime was no big deal … only a triple homicide.

Need 110 days lodging in the Arizona area to avoid a dirty halfway house.

Like to be called God. You’ll speak when you’re spoken too.

Can’t pay rent … but was twice on Oprah.

Please find it in your heart to have a heart for someone without a heart.