Am I Not A Lawyer? 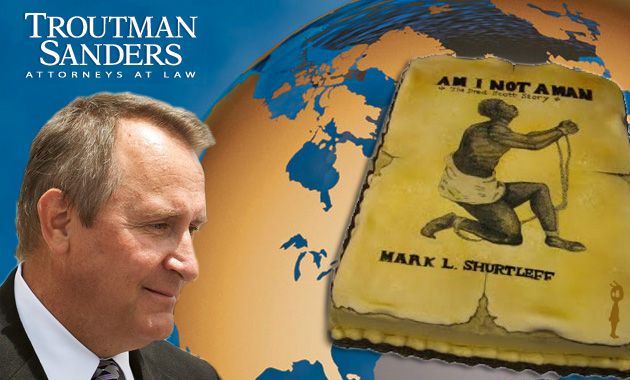 Every motherfucking horror show on display-archive here :: can be traced back to Mark Shurtleff via a not-fun not-drinking game I like to call … Six Degrees of Rotten Bacon. The Internet has scaled a local corruption type problem :: into an epic global mindraping mega-scam type problem … which The New York Times doesn’t seem to care about.

Eternity in Mormon hell would probably be just enough time for Mark Shurtleff to repay the debt he owes to the universe for his direct personal contribution to a great black cloud of human suffering :: but given his rank in The Church … I guess he’s actually more in line to become the god of his own planet … a planet that he’ll be obligated to populate by banging spirit ladies.

So far :: he’s come out almost just as well via Earth’s weak ass system of injustice … landing a post AG partnership with big D.C. law firm Troutman Sanders. Says them about themselves :: in a self-congratulatory press release a couple of months ago … 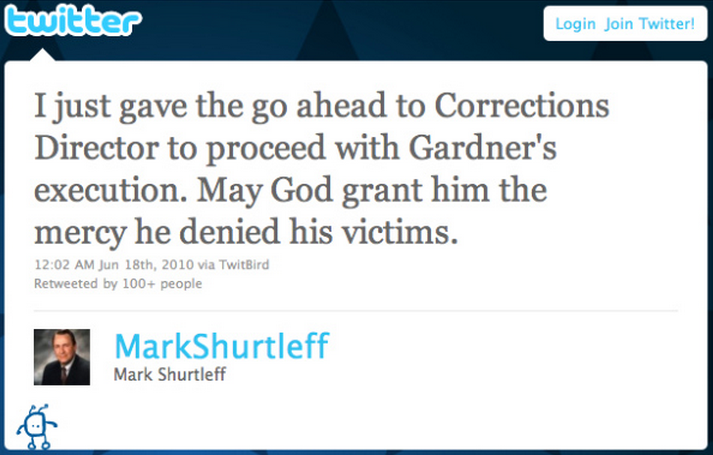 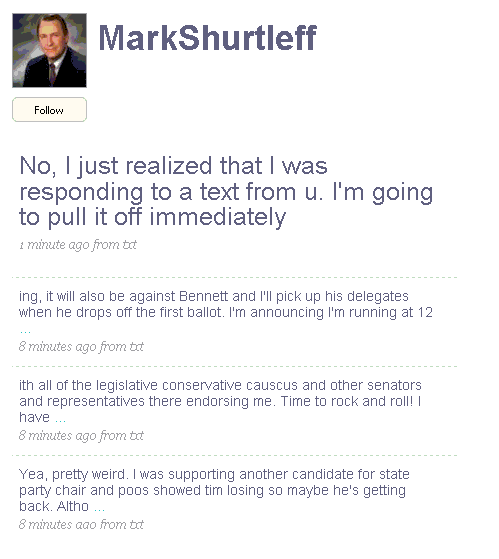 Mark Shurtleff knows consumer protection {gag!} :: like he told the Richmond Times Dispatch in his “I’m a partner at Troutman Sanders now!” profile …

I guess it’s a slight moral step forward from protecting consumers by :: zealously … representing {and extorting} straight up scammers.

Before the Troutman Sanders partnership mysteriously appeared from magical nowhere :: Mark Shurtleff had planned on becoming a bestselling author of slightly racist historical fiction … in spite of his “zealously” obvious lack of authoring skillz.

He had a fail proof marketing plan for his first book :: “Am I Not A Man?: A white guy pretends to tell the Dred Scott story” … namely … extorting straight up scammers. Eric Peterson provides some deets on Shurtleff’s Book Club in Salt Lake City Weekly …

Author and Tea Party activist Candace Salima says that when then-Attorney General Mark Shurtleff approached her in spring 2009 about publishing his historical fiction novel with her Valor Publishing, he told her that he hadn’t finished writing the book—but that he could guarantee a pre-sale order of 1 million copies.

Salima says that the company that Shurtleff told her was willing to buy 1 million copies of Am I Not a Man?: The Dred Scott Story—which, Salima says, would result in more than $2 million of royalties being paid to Shurtleff—was Pre-Paid Legal, a multi-level marketing company and longtime Shurtleff campaign supporter. At the time, the company was being investigated by the Federal Trade Commission for making misleading statements to its customers.

Wows! :: a million copies … wouldn’t have expected the MLM dipshits at Pre-Paid Legal to be so fucking enthusiastic about reading.

Now imprisoned fraudster Marc Sessions Jenson says that Shurtleff finished “writing” that slightly racist book while vacationing at his home :: on his dime … and then offered him the chance to purchase $250,000 worth of the book himself {presumably to pass out to all his slightly racist friends or whatever} …

“I’m telling you right now: They were extorting me, and they were from the very beginning,” Jenson said in an interview Wednesday at the Utah State Prison in Draper.

But if all this out in the fucking open corruption and extortion is good enough for the devil {and The Mormon Church} :: it seems … then it’s good enough for big-time-fancy law firm Troutman Sanders.

Fake robots :: much like real robots … don’t cry. There’s no crying in robotics. But last year when I heard {from the always knowledgable Eric Peterson} that Mark Shurtleff would be landing on his corrupt feet :: with a full partnership at a supposedly prestigious law firm like Troutman Sanders … it definitely caused some … let’s call it … orifice leakage.

I know big law firms aren’t exactly bastions of ethics :: but are there no fucking ethical standards at all? No depths to which they refuse to sink?

The answers to those important questions :: I’m afraid … are no and no. Because things are even worse than they appear on first glance. This from a January 2013 Salt Lake Tribune editorial titled :: Shurtleff’s Sad Exit: AG becomes what he once opposed …

Once party to a lawsuit that was pushing Bank of America and its subsidiaries to obey the consumer protections found in Utah law, Shurtleff the other day did a huge favor for that same giant bank, agreeing to a settlement that could let BofA off the hook for much of its alleged wrongdoing in Utah…

Shurtleff declined to seek re-election as attorney general, and his term ends Monday. He will then join the international law firm Troutman Sanders LLP, which boasts Bank of America as one of its most prestigious clients.

Please pause for exactly six hundred sixty-six seconds to let that soak it :: before it gets still worse … ready? …

Troutman Sanders is now done with Mark Shurtleff :: which is funny … but totally not funny.

“I resigned,” Shurtleff confirmed Saturday. “Commuting to D.C. and all the [national] speaking was just too hard on me and my family.”

“My family” is the excuse Shurtleff makes for all his personal failures {which have been multitudinous} :: but no egoist asshole like Shurtleff has ever given up a lucrative law partnership voluntarily {without a backup plan} … in the whole {slightly racist} history of egoist assholes. That’s just more total bullshit.

It looks for everything like Troutman Sanders hired the country’s most obviously corrupt Attorney General while he was still in office :: got exactly what they wanted from him {fucking over Utah’s citizens in bulk} … and dumped him like the soon to be indicted toxic waste that he is. Then rather than issue a statement about it :: or god fucking forbid an apology … Troutman quickly and silently sanitized their websites of any mention of Shurtleff.

I guess we’re expected to believe that the US Department of Justice investigation into Shurtleff’s shenanigans was a big surprise to the overpriced attorneys occupying Troutman Sanders’ world headquarters {conveniently located at Bank of America Plaza}?

Maybe we’ll find out all about it when fake whistleblower :: and total fucking blowhole … Julian Assange finally releases the data from that alleged Bank of America leak that he teased but never produced?

Or maybe the big :: and the bad :: and the ugly … will just keep fucking the rest of us over while we sit around idly worrying about Kim Kardashian baby names?

Though we sing in our chains like the sea.