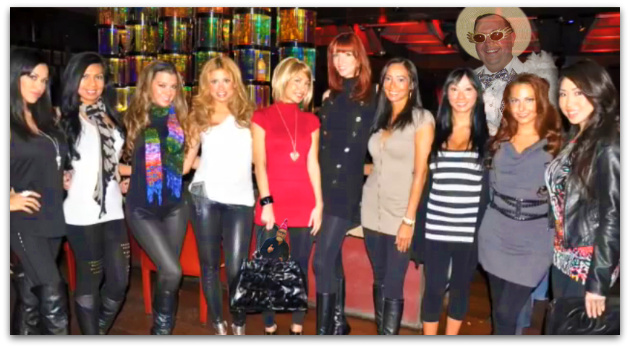 The Internet Marketing Syndicate is a dicks club. To get in :: you gots to have a dick {and be a dick}. It also helps if you’re white. Loads of women and minorities are a part of the sheeple herd … lining up in droves to be victimized … but only white men are allowed to succeed. It’s fun … like the dentistry of the 1890’s.

But perhaps I’m being too harsh. Maybe it’s not fair to count Andy Jenkins as a man when he’s so clearly undecided. And I suppose one could argue that gnomes :: even though they are pasty and live primarily underground :: don’t officially constitute proper white people. Maybe Mike Filsaime’s recent Syndicate frauduct launch for AffiliateDotCom.com could be considered “minority outreach” in much the same way that Just Like My Child can be considered a “worthwhile charity”.

Rather than describe the actual product :: The Gnome explains how affiliatedotcom.com is exactly like all the other recent circle jerk product launches. He repeatedly mentions his Syndicate co-conspirators :: and their frauducts. Those launches all made “in the multiple, multiple, multiple millions” :: says The Gnome :: so you should expect the same thing here. That’s three multiples people … the fucking big time!

Listen, all I can say is last time I spent $225,000 on the biggest party our industry had ever seen. $1 M deal were made people met their future spouse, and many people missed their flight (2 days later)

If you need a hand book on how to prepare, this may not be for you ;)

We hired over 60 models last time and this time we don’t plan on disappointing.”

Except :: of course :: for the general disappointment of having to hire girls to stand around at our lame parties … and the fact that we look like this … on a good day …