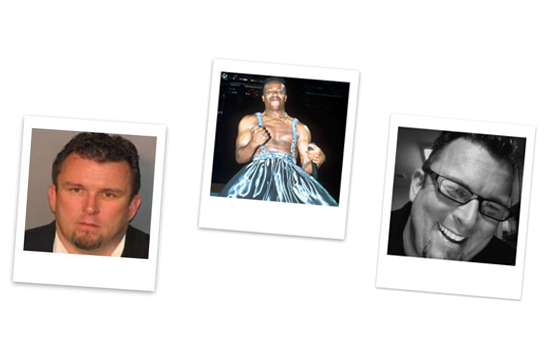 Yesterday, The Droid accused Perry {Evil Jowls}Belcher of telling a BOLD FACE LIE about his adventures with Twitter and MC Hammer. It was the sort of lie that a short, chunky, slightly-rhombus 7th grade boy might tell to an attractively tall 9th grade girl. Unfortunately for Evil Jowls, he wasn’t on the playground having an adorably Freeks & Geeks type moment ::> Rather, he was being paid to speak as an “expert” on Twitter!!

Oops! … Funny Story … None of that actually happened!

Evil Jowls doesn’t have the fucking courage to respond to The Salty Droid. But when friend of The Droid {and hero of mustachios} Liam Vickery requested the truth from Perry ::> He got this ::

EvilJowls: That story happend EXACTLY as I told it. Never thought I would need to prove it but I saved the DM’s

Evil Jowls: I don’t know the number was exactly 900 but if filled up screen after screen. @hammer and staf were very cool about it.

What DM’s did you save shit-for-brains??

You tried to contact Hammer by DM exclusively :: Then you sent DM’s to ALL of your followers asking for help {instead of just sending ONE tweet} :: 900 of your followers did miraculously send a DM to MC Hammer :: And that somehow filled YOUR SCREEN with messages?? Pray tell How!! Direct Message means the message is fucking DIRECT!! They wouldn’t pass through your DM-inbox you stupid stupid man.

That lie is even dumber than first one {seemingly impossible feat}!! At least the first lie was technically possible.

Perry’s other defense was to report The Droid as Spam and then delete the tweet:

Evil Jowls to @Spam :: twitter.com/SaltyDroid <— simply spews hate. Personal attacks are his sole intent and purpose as stated in his profile, Thanks

I hope reporting me as Spam at least made you feel a little better ::> Because it didn’t change the FACT that you FLAT LIED during a professional speaking engagement ::> And it didn’t make your lies any less pathetic, ignorant, or manipulative.

Maybe you’d get a better response by complaining to @Mommy

Oops … another funny story –> it actually did happen! {new post}

Poor Evil Jowls ::> Not even smart enough to defend himself when he’s right.