Tea Party :: Fox :: and Hyperbole and a Half 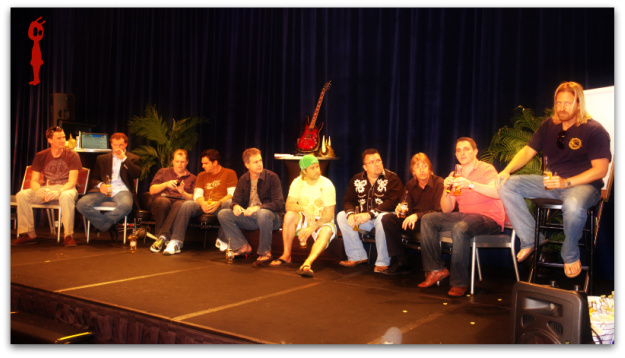 It’s a rhetorical question :: so don’t bother answering you arrogant fucking prick. This blog ain’t about you :: and me :: and Polly PrissyPants sitting down for a lovely cup o’ tea {distinctive Earl Gray!} and having girl chat about our favorite things.

FakeMe :: “Oh it was absolutely fabulous! The vibrant colors and rich textures really brought the whole thing to life for me. I hope we can expect the same level of originality and artistry from the September collection.”

OMG I hate you … and FakeMe … let’s never speak again.

However :: I do like some things … like tea parties with Polly PrissyPants when you’re not around to spoil the conversation …

How quaint :: a Tea Party that’s not all about backward ass racism. Leave it to Eric Cartman … demagogue of racially sensitive speech.

Also :: I like foxes! By which I don’t mean good looking ladies not quite old enough to be cougars. No! Actual fucking foxes :: triangular ears … bushy tails … puffy puffy faces! OMG too cute {overloading}! 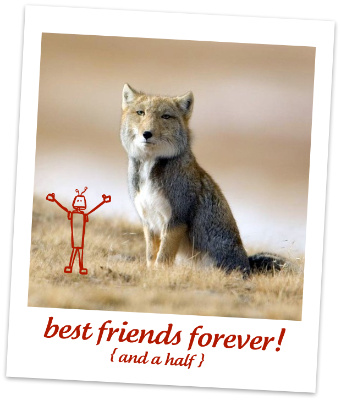 … which is why someone needed to stop Fuck You, Penguin in the worst way. Listen to this deplorable anti-fox hate speech regarding the above king of cute …

“I just want you people to drink in this world-class douchebag known as the Tibetan Fox. Have you ever seen such a holier-than-thou fucking look on a non-dolphin before? I’m not one for slapping foxes, as I generally think they know what they’ve done, but this one really has that look, like the asshole boyfriend of the girl the main guy wants in an 80s movie.”

Intolerable! Fortunately for the dignity of the world’s most adorable creatures … Fuck You, Penguin was driven off the Internet in late 2009. The official story :: told here for the first time :: is that he was frightened into silence by a shit talking robot sworn to protect the sanctity of puffy animals. But unreliable innuendo blames the vanishing act on a book deal. Whatever! :: books are for assholes and gays … because gays read a lot of books … that’s a stereotype I just started. Fucking gays and their fucking books … they should go back to their own country where mint juleps are served at the library. 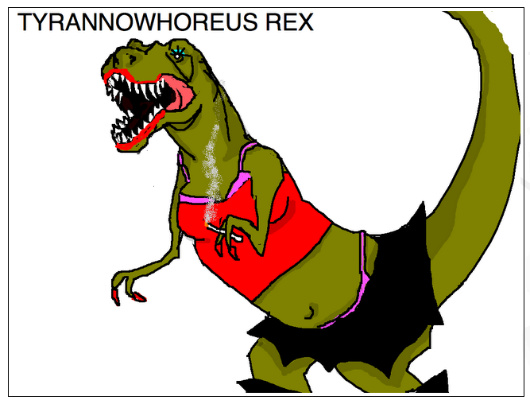 … if you don’t think that’s funny :: you’re dead to me. It wouldn’t be an exaggeration to say that Hyperbole and a Half is the Muhammad of Internet comedy. Or would it? Maybe I shouldn’t be talking about Muhammad … but it’s too late now … I can’t think of any way to take it back.

Hyperbole and a Half is like a comic strip / blog / crazy person’s memoir … and it’s super terrific. Go read all of her posts and attribute the fond feelings it generates in your soft shell of a heart back to me {I desire and deserve them}.

And watch out for dramatic cats …

… a great reason to own a retarded dog.

Good times … good times. Remember when we talked about things I like? Precious fucking moments. We bonded … I feel like … maybe some time later we can go horseback riding together or something. I’ll call you.

Now back to our regular programing :: things I definitely don’t like.

… I think it’s time to start doing something about it.

See you on Thursday bitches!