The Business Inside of Maria Andros 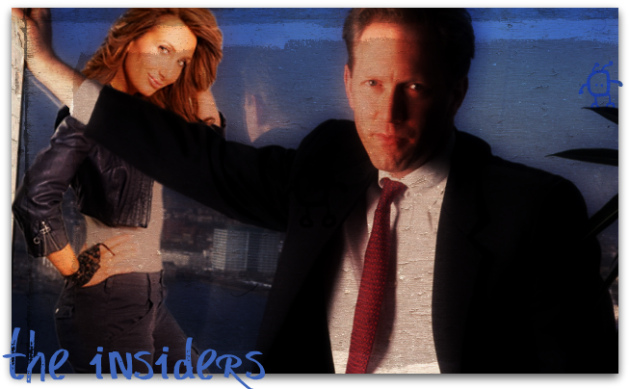 Maria Andros is a Powerhouse Leader of Leadership :: and other various things :: such as … etc.

You thought she was scum? Because of that thing where you know how to read and sometimes do?

Well that’s why you’re not a powerhouse {whatever the fuck that is} leader of leadership getting yourself quoted in Business Insider :: a big fancy pants respected website …

According to Cindy Ratzlaff :: the article’s distinguished author …

“Ever since the publication of The 7 Habits of Highly Effective People by Stephen R. Covey, people been fascinated with the notion that there are some common traits, habits, rituals or routines that all successful people embrace.”

Yes :: that’s when it started … with Stephen R. Covey. Before that people were like :: “powerful people … meh … who cares?” :: but AfterCovey {AC} commenced a feeding frenzy of people selling people on the idea that they could teach other people to sell other people on the idea that maybe someone out there could answer the question about what exactly one needs to do to be successful … recipe book style.

Cindy Ratzlaff has herself a hunch that maybe there aren’t recipe book style habits that one can adopt to succeed. See :: different people are different :: that’s what we learned today on Sesame Street. There’s a hundred ways to skin a cat … if you seriously hate cats.

“In speaking with leaders in a wide variety of fields, I’ve come to realize that this is not entirely true. The habits or routines followed by leaders are as diverse as are their talents.”

Good point Cindy :: a bit :: you know like I said :: Sesame Street … but accurate. There aren’t any secrets to success. Most successful people have no idea why they’ve been successful. It can’t be patterned :: or modeled :: or predicted. Anyone who tells you they have the secrets to success is a liar :: and if they try to sell you those secrets they’re a con. So just try to be yourself. Try to find the things that you are :: and embrace them :: without regard for what others are doing … or have done. Maybe YOU are the one we have all been waiting for?

Those were some points that might have followed the sesame-epiphany that Covey was just some bullshit that spawned some even worser bullshit :: but instead Cindy went with quoting “the habits” of fifteen “powerhouse leaders” … read them and apply them to your life! Unless your life is different from their lives :: in which case reading about their “habits” will be about as useful to you as a big bag of dicks. Still :: maybe you want a bag of dicks … some people do you know.

Maria wears her stupid on her sleeves :: even when she goes sleeveless :: it’s something all powerhouses can do. Here’s the quote in its full epic-in-a-bad-way glory …

“I think that the biggest key to my success has always been strengthening my intuition on a daily basis. I download ideas and get inspiration for the content of all my programs much like an artist does. Often it’s very easy to let our analytical minds take over and keep us stuck. I feel that the more we are in tune with our inner guidance, the more we can make the right decisions to move our businesses forward. For example before I partner with anyone, or create a new product, I listen, for if it’s a hell YES or not. If not, I do not proceed, as that will only have a impact down the road. I have learned the hard way in the past. I practice listening to my inner voice and my gut and it’s almost always accurate. I highly recommend building this muscle as it can make a great difference in your results. I think that some of the most successful people in business are very in tune with their intuition and this helps them to stay on track and moving forward.”

One would hope that an interview with Business Insider would end as soon as the phrase “strengthening my intuition on a daily basis” leaked out of someone’s mouth :: but alas … no. The Video Marketing Queen even got her frauducts mentioned. Those frauducts were both $2000 {not including the massive backend upsells :: the masterminds :: and the selling seminars}. Both were sold to people who had no chance of achieving success by applying the supposed blueprint formulas. Maria herself has not succeeded. Maria’s frauducts are products of The Syndicate launch machine … and they are … without any shred of a doubt … scams.

Trust borrowing is an obsession level objective for the citizens of scam town. Getting mentioned in mainstream places :: with mainstream people :: is legitimizing … duh. It should be hard :: but it’s not. It’s easy :: and it’s getting easier. You can hear Syndicate windbag Andy Jenkins explaining to his various boyfriends how important it is to associate yourself with people and things who aren’t scammers :: here and here. And here’s Andy sharing the cheesy stage at the Video Conversion Formula live event … 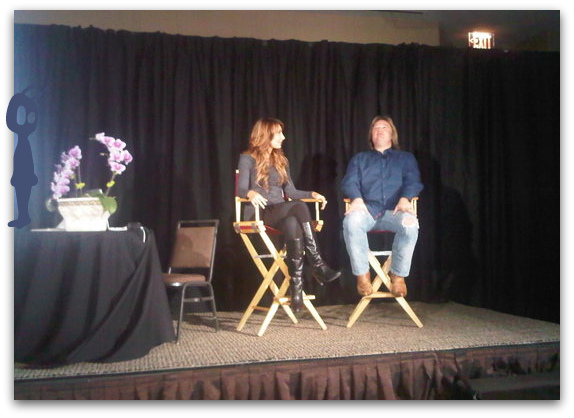 … Andy’s the one doing the impression of a fat man in skinny jeans … and Maria is the other one. It’s kind of hard for me to tell them apart because they’re both half-lady monsters. A few months later Maria was promoting Andy’s $2000 Video Boss frauduct …

the fastest way to start making “guru” quality videos that make you money by @AndyJenkins watch the video now! http://tinyurl.com/4xrnoze

… just in case the $2000 you spent on The Video Conversion Formula hadn’t led to any video conversions.

Maria Andros got “popular” on Twitter by follow spamming. Her account has 50,000+ followers :: most of them junk. If you don’t know how to follow spam :: you can read Perry {felon on parole} Belcher’s detailed instructions in my Frank Kern List Control Bonus {hurry … supplies are running out!}. If the part at the end about letting some girl do all the menial tasks while showing her pictures of cocks offends you … then maybe you shouldn’t cite to Maria Andros on your website.

Some sites on the Internets that were held out as being cool :: or new :: or different … aren’t.

The dream is that the Internet will bring transparency. Real :: honest to jeebus :: there’s a record of the shit you just did … transparency. But big beastly “new-school” blogs like Business Insider exhibit a Jurassic Age :: only size matters :: mentality. The editorial controls obviously don’t pass the laugh test :: the Maria A. Andros laugh test … one of the laughiest of all the laugh tests.

I hope Henry Blodget enjoys all them Internet monies when he gets the stupider-money buyout he’s obviously chasing.

Speaking of stupider-money buyouts :: here’s James Arthur Ray on the Huffington Post :: eleven motherfucking days before the triple homicide in Sedona :: and three motherfucking months after the death of Colleen Conaway …

I realize it’s not going to be easy because for anything new to live, something first must die. But it doesn’t take long to realize that the death of the old is apparent all around us.

While some choose to hang onto the carcass of the past and fear death, I suggest we embrace the apparent death so new life may spring forth. We must allow the phoenix to rise from the ashes and like the Christian prophet stated, “Let the dead bury the dead.”

And in the sidebar a link to fellow Huffington Post blogger Ms. Elizabeth Warren :: a super important person in the fight against big fat liars. And the ads :: of course … for mostly bullshit.

Be careful how you choose your neighbors!

Jeremy Johnson’s “Obama Grants Program” web scam did $350 million in consumer damage in just five years according to the FTC. Let’s all hold our breath :: plug our noses … and guess where he tapped into that kind of traffic volume. Scammers don’t have traffic :: they buy it … and there are plenty of sellers currently pretending to be legit players because transparency is still a mirage … just like the web publishing business model.