Anthony Morrison uses the television to tell people about how HUGE he is on the Interwebs. But most Internet people :: like you people :: have never heard of him. Loving the Internet really cuts into time spent watching shitty 3am infomercials … and fake web-star Morrison has almost no real web presence.

The infomercial is a fake show hosted by Chicken Soup for the Hole dipshit Mark Victor Hansen {pictured here mounting Anthony for reasons I’d better not get into}. 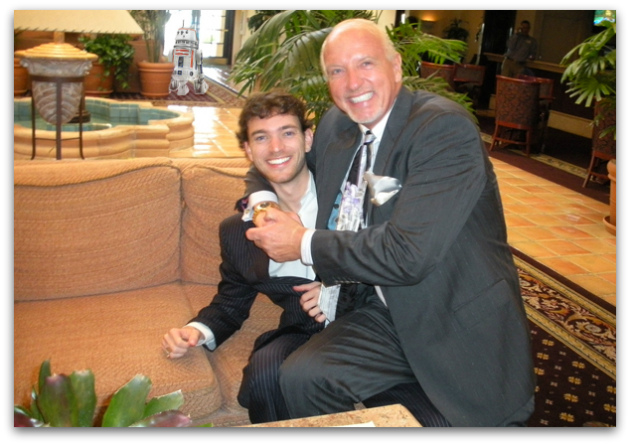 Mark Victor Hansen :: like fellow Soup for the Hole heroes Jack Canfield and James Malinchak :: only cares about helping others succeed. He’s a giver …

On the fake show :: The Hansen Report :: The Hansen interviews the The Morrison and we find out about how the Internets are full of magics and unicorns.

Oh my gosh this must be so exciting for you … how are you feeling right now knowing that everything is about to change for you?? Don’t tell me now :: first let me continue to share this exciting information about this exciting opportunity …

The Hansen Report :: featuring MississippiStupid Anthony Morrison :: can be seen seven days a week on a television near you. The program purports to sell a book. A sweet :: innocent :: lil’ book … 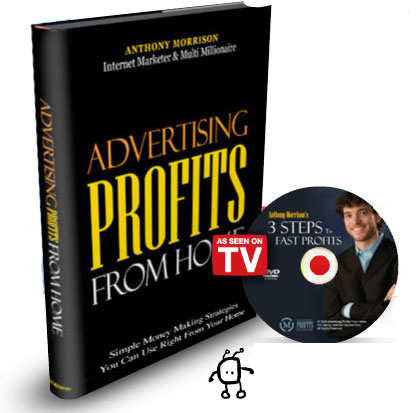 Advertising Profits from Home – help it :: help you … change your life today.

According to Anthony Morrison on his super not-popular anthonymorrison.com cyber site …

“Anthony Morrison grew up in a family that encouraged intellectual curiosity, empathy for others and healthy self-esteem. Anthony Morrison gave his parents a glimpse of his potential when, at the age of seven, he decided he wanted a Jacuzzi.”

Can’t you just feel the business leadership emanating like awesome off of bacon? It’s always nice to mention Mom in the first paragraph of your I’m-all-grown-up businessman website.

“Anthony Morrison has also become a very popular TV personality. It is not strange to see Anthony talking on national television about his books and future plans. Anthony is also a charismatic young man who is really not complicated and sees life in a positive way.”

Did you say not complicated? That’s good enough for CNN. They know conditions are bad out there :: people are struggling :: people are unemployed :: maybe it’s time we all became Hidden Millionaires™ instead.

Anthony Morrison: A Successful Businessman and a Great Human Being

Anthony Morrison’s honesty and very clean way of seeing the world is easy to spot when you see him. You can tell on the tone of his voice, that Anthony Morrison is a person that does not see excuses or obstacles when a problem must be solved.”

He’s clean :: he’s white :: he’s old enough to drink :: he’s a great human being :: and the point is … buy this fucking book and it will change your life!

But not really :: because the book has nothing to do with it. The book sales don’t even cover the cost of airing the infomercials … and whatever is in the book is just pointless because Anthony Morrison doesn’t make money on the Internet so he can’t tell you how to do so. The book is a lead generation tool that feeds sad people into boiler rooms :: mostly Mark Shurtleff approved Utah boiler rooms.

There are boiler rooms all over the country. They call themselves “coaching floors” :: and two of them {Russell Brunson’s Dot Com Secrets Dot Com and John Paul Raygoza’s PushTraffic} have been previously profiled here. No matter the area of the country :: or the name of the lead generator … the basic objective of all boiler rooms is the same. Find out how much credit is available on the victim’s credit card :: take ALL of it … and then defend against refunds and chargebacks by any means necessary {to include threats :: lies :: crooked banks :: and crooked lawyers}.

Anthony assigned me to a few files this week, I wanted to get in touch with you and get an idea as to what you’d like to accomplish with this package before you get too far into it (or even open it), and then we can teach you how the package applies to you.

(Don’t thank them for their time, get them to thank you for your time)

In between :: the salesman probes the victim for personal details :: gets enough credit card information to make sure they’re worth the time :: and sets them up for the closer whose lies will be much more aggressive and manipulative. 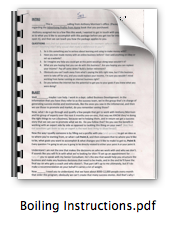 … read it and weep :: literally :: as you think about the fact that the majority of the thousands and thousands of victims are people over 65 … and/or people made vulnerable by unfortunate twists of fate.

See … Anthony will be doing a new infomercial soon :: and he needs him some impressive new case studies … that’s why this rare opportunity to work directly with Anthony himself has come up …

Now, what I do is go through and qualify a few people that get to work with Anthony Morrison and his group of experts over the next 6 months one-on-one, that way we KNOW they’re doing the right things to run a business, because we’re helping them, and in return we get a success story that we can use to promote what we do. Do you follow that? Do you see the benefit in working with an expert side by side as opposed to tackling this thing on your own? (Ask find out questions get them to say an expert is the next best thing to sliced bread)

“Experts” are the next best thing to sliced bread.

It’s funny you should mention that … because expert breads are expensive. It takes money to make money … know what I mean Jean? Of course not your money … that would just be foolish. Write that down Jean. Can I call you Jean? Write down … “spending your own money would be foolish” Jean. Write that down on a piece of paper right now Jean … because it’s important that you start doing the things that I say. Write that down too Jean … NO DON’T! This is all 100% your choice naturally Jean. But you just told me about some of the problems your son has been having with illness Jean … so I want you to write down “OPM” Jean … Other People’s Money. That’s gonna be our success key for being able to afford those medical treatments. OPM is our only hope Jean :: yours :: mine … and the little baby Jesus.

In fact, what most of our students will do is designate their highest limit card for their business – like a 10-15k card. Not that they’re going to ever use that much credit-they probably won’t. But it just gives them more options to run a business than say a $1000 card would. Do you follow that? What kinds of limits have they granted you here?

Hold on just a second here Jean while I snort some cocaine. Cocaine is expensive Jean … write that down. Well I guess you already know how expensive drugs can be what with your son’s leukemia and what not. Anywayz while I’m getting amped :: you go and get your credit card statements so we can talk about what the numbers are … and how nice it will feel to finally get those suckers paid off.

I think I have a pretty good idea where you are now, but let’s shift gears and talk about where you’d like to be. If we were to work with you at this level, what are you looking to accomplish here? What’s going to make a Success Story to you? (Click your mute switch and keep quiet while they talk) “I’m here, I’m just writing…. Go ahead….”

Find more pain if needed spend time here (everyone has pain it’s your job to find it).

The lead generator finds the vulnerable :: the salesman finds the specific pains :: and the closer presents the fraudduct as the solution to those pains … conveniently priced at the victims OPM maximum.

They’re selling the end of fear :: and freedom from dreadful uncertainty. But they produce nothing but so much sorrow and suffering that our continued disregard becomes the primary horror.