Utah’s Shit in a Box 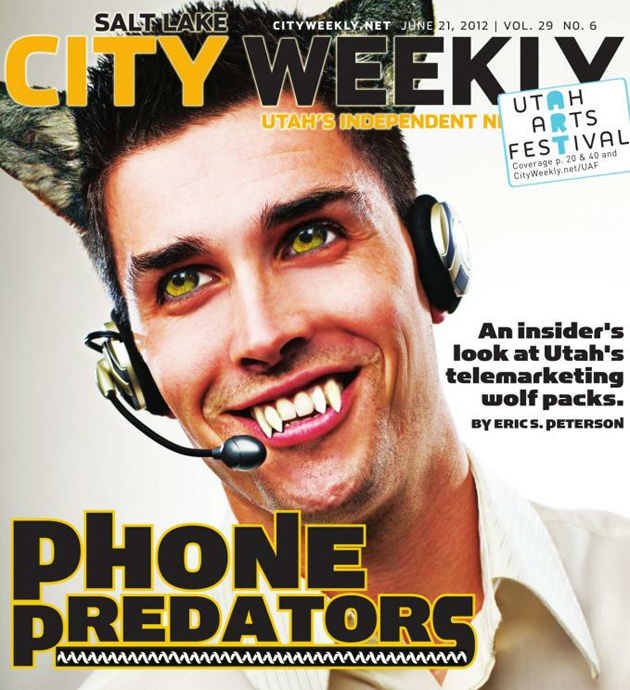 This fucking freak is gonna eat your granny :: hard … not in the sexy teen vampire way … that plus the Utah Arts Festival in this week’s Salt Lake City Weekly.

Phone Predators is the third of three Eric Peterson articles about how the “this is the place” founded by Brigham Young {for his multitudinous wives} has become “the place” for flagrant fraud against the vulnerable.

Let’s be honest :: it was actually in last week’s issue … and you already missed the Utah Arts Festival {it was lovely}. I was gonna try to be a good fake robot and post about this cover story right away :: but instead I posted nothing {literally} … and it was far more popular than my last couple of {really important} Utah stories combined. So there’s that.

Anywayz :: this third story is more about the business of doing fake business than it is about the extremist corruption of Mitt Romney’s dirty boyfriends which allows that fake business to go on unchecked … and in the wide open. Let’s skip right to Jason :: because you know that’s what the non-mormon version of Jesus wants us to do …

Since 2009, Jason Jones has chronicled the legal troubles of numerous companies operating in the online-business-opportunity (OBO) industry on his website, SaltyDroid.info. Jones says the media has failed to grasp how some companies in the industry gang up and work like packs of predators feeding on individual clients to extract the most money possible out of them.

“It’s hardly been reported on at all how much these guys work to share names, how much this is like an enterprise and not some random association of thousands of bastards,” Jones says.

The media has failed to grasp a few {/all} other relevant details about Scamworld as well :: most especially their own clear complicity in the scam … speaking of thousands of bastards.

“This is just a lie. You can’t regulate fraud.”

Says Jason :: who I guess hates liars … because haters gonna hate and stuff. 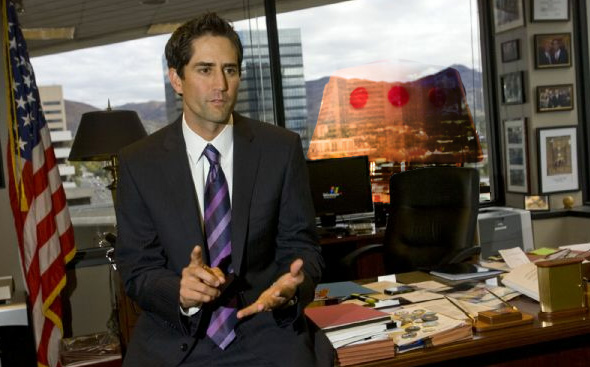 Returning to the private sector, former U.S. Attorney Tolman began cultivating telemarketing clients and helping them understand that surviving in the industry means being willing to be scrutinized by state and federal regulators—not hiding from them—and not counting on political donations to buy them protection.

“I was making a pitch to a lot of these companies that they should start to become real strong and grown-up companies and businesses,” Tolman says.

Oh hey Brett Tolman :: partner at Ray Quinney & Nebeker … what’s up boy? Gr8 to finally have your name here. You prolly just heard about me for the first time cause you’re sloppy :: but I already know all about you and the fucking bullshit you’ve been up to … helping them do harm for a big taste of the action … sucking the scum off the scum suckers {making you even grosser than they} while wearing your Sunday’s best. I can’t believe you just admitted to this shit on the record :: it’s a real fucking gift to me … so thanks for that.

“This is a $4 billion industry, and it’s not going to go anywhere,” which means that if it’s going to survive, it has to deliver on its promises, Tolman says. Part of the problem, he says, is that some companies have the wrong idea about how to deal with regulators and the state Attorney General’s Office.

Yeah :: part of the problem is that some of these companies try to buy off officials :: and “deal with” the regulators :: without giving a juicy cut to the lawyers first … and that’s just rude.

Maybe instead of charging Debbie $10,000 for the sage business advice :: “rank number one in Google for Nike and Netflix” … they could charge only $8000 and recommend that Debbie do something more realistic for a secretary in her mid-fifties who knows nothing about the interwebs and wishes she’d have saved for retirement … like replacing Jimmy Fallon as the host of Late Night?

Maybe Mentoring of America could do the “grown-up” thing and give back the $450 million they took to help less than one percent of their victims achieve insignificant success … while the rest got nothing but regrets?

Or maybe Brett Tolman should just keep his dirty fucking mouth shut while he waits for his karmic comeuppance? You can’t buy a soul … but you can certainly sell one.

Former boiler room insider Crawford Lindsay wasn’t the editor of the BYU Law Review like hypocrite scum sucker Brett Tolman :: he prolly didn’t even go to college … but that hasn’t prevented him from seeing the clear and obvious truth that Brett Tolman has 4 billion reasons to ignore …

“These guys were selling shit in a box,” Lindsay says of the coaching packages they sold for various coaching companies. “I’m just as guilty, but I was told by the owners that [our customers] were being taken care of. It took me a while to realize, ‘Wow, I’ve probably sold millions of dollars worth of shit in a box, and I can’t ask one [customer] to show us how your business is going,’ ” he says.

Shit in a box :: full disclosure … there’s no box.