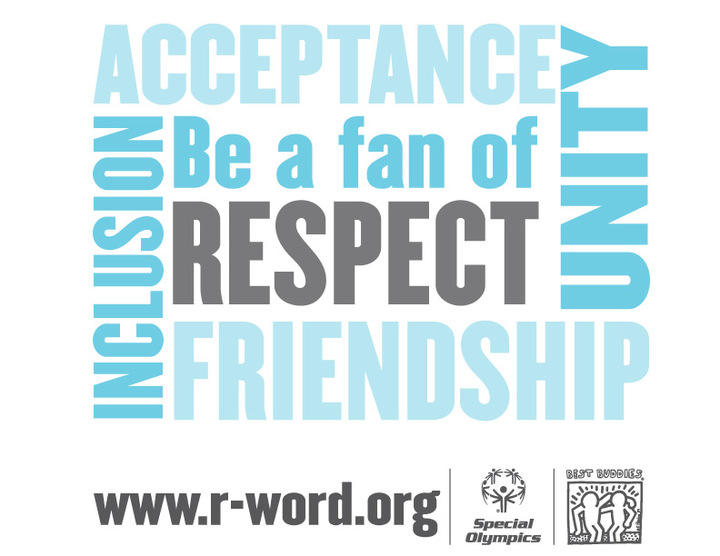 That coach lady from Glee doesn’t want me saying retarded anymore … gettin’ all up in my fucking business about it.

I’ll say what I want! Take your track suit tyranny and tread on someone else’s liberties lady.

But then again :: some nice guy said this to me a couple years ago …

I visited your site after reading “The Verge” article, posted on Longform.org, and I credit you for the work that you’re doing, but I was dishearted to see this phrase in your post on Tony Robbins:

Yes, you know what’s coming. My son is autistic, and he’s been victimized by kids calling him “RETARD!!!!!”. Using his tragedy as a sneering synonym for “stupid” is profoundly disrespectful to him and those like him. I would very much, and sincerely, appreciate it if you could refrain from using that word in that way in the future.</blockquote>

I didn’t reply … which was totally weaksauce of me.

Because it’s complicated :: saying shit things to kids with intellectual disabilities is what’s fucked up … it’s not the word itself. Retarded is a word with a regular ol’ not horrible meaning. You can’t just take words away … especially funny words. What is this France? Because if this is France … I’m moving to Canada.

“The R-word” they want to call it :: make it like all the other words we attempt to eliminate so we can pretend we’ve solved our intractable problems.

I’m writing about the sort of people who would steal from the Special Olympics. That’s not retarded? I can’t say that’s retarded?

Arg! I really hate being told not to say something! I’m the motherfucking SaltyDroid over here :: some of the world’s worst {and their lawyers} have been cowering before my subversiveness for so long that I’m getting bored with winning! I’ve not backed down to a single slimeball! And I’m not afraid to use exclamation points!! Liberally!!! 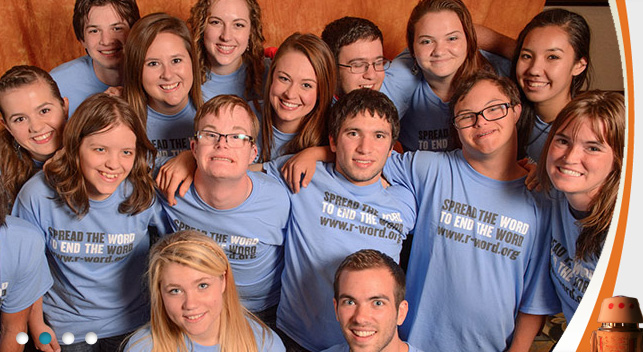 This site was supposed to teach you Internet dummies a lesson about making judgements based on words instead of deeds. The fake gurus use all the right words … but seek to destroy you. The fake robot uses all the wrong words … but has always had your back. As rock-poet-Yoda :: and strongest man alive :: Graham Smith semi-sadly sings …

But I’m the one who’s learned the big lesson here :: primarily … that making progress is really … really … really … super duper fucking hard. You think just because you’ve noticed something terribly wrong with the world :: and pointed at it with bells on … that people will care and shit will change. But it ain’t like that at all. People mostly care about themselves … and inertia is a belligerent bitch.

But what the hell do I know? Almost nothing. My bright idea was insane-a-tron fake robot asshole … not exactly a catchall solution.

There is no right way to do the impossible :: there’s only trying … and I can sympathize/relate to anyone attempting to accomplish a hard thing against long odds.

Just do :: something … anything.

So over my own strenuously logical objections … I’m done saying retarded. Further :: I’ve retroactively removed all my previous flippant uses of the word retarded :: replaced with maybe-not-words like …

You’re welcome adorable kids who are forced to be so much braver than I … it’s pretty much the least I could do.