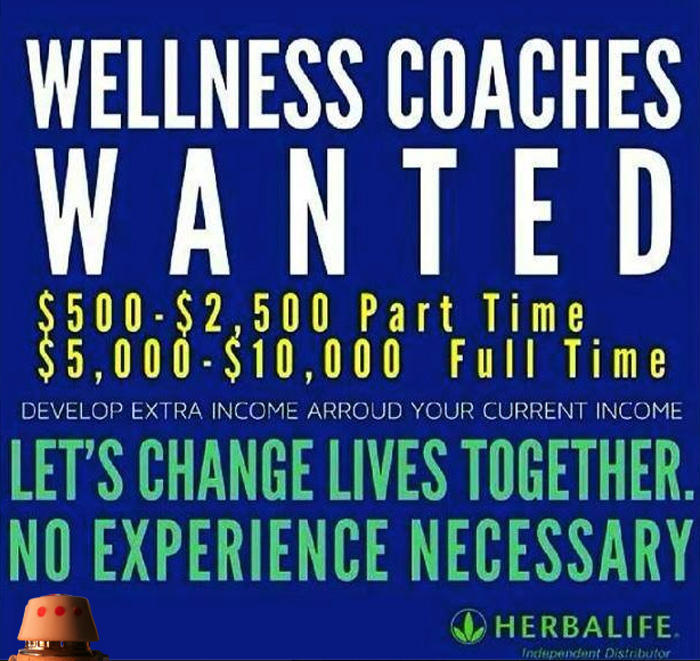 I seriously need a new job. Nothing too fancy or anything :: just something that pays better than my current salary of less-than-nothing-plus-death-threats-and-torments-and-lawsuits-and-droolers. Shouldn’t be too hard to beat.

But first I have to find it … so I headed out to the Craigslist to troll for some low paying jobs. There to my fake surprise :: I found thousands of ads {like the one pictured above} for the position of “Wellness Coach.” Gloriously high paying :: no experience necessary … an appropriately fake job befitting my long experience in totally fake robotics. As Herbalife corporate’s epic two year freak out has progressed :: its long suffering distributors have found themselves with progressively fewer authorized ways to pitch their bogus biz op to prospective victims. As former HLF President’s Team member Anthony Powell recently stated {@6:45} …

“You can’t be publicly traded and be in direct sales – it can’t happen. Because you can’t do anything. You have too many hinderances, roadblocks, things of that nature… What happens is you move on to becoming like an Avon lady. You can’t really produce volume.”

Herbalife wants to part-time pretend that they’re primarily a consumer products company :: reliant on person-to-person sales for distribution … rather than a biz op company which uses modern scamworld techniques to suck a massive amount of people into a fraudulent hype-of-hope sales funnel. But me & AP know different.

Publicly traded Herbalife is destroying the businesses of the {very} few Herbalife distributors who have been successful :: fiercely outlawing the only operational methods that actually work and replacing them with 1970’s style rubbish … a point which rich white people on both sides of the stock market fight seem to be missing.

MLMs can’t become not-MLMs without destroying themselves in the process {see e.g. Rippln} … in the same way that JCPenny couldn’t become Apple-cool by decree. Big bad ships don’t fucking turn :: they just go str8 until they fall off the edge of the world … where presumably the devil rents out their berths to dead Nazi sadists and mom jean designers.

I agree with the Herbalife longs :: like hardly-managing-any-money money manager John Hempton :: and has-more-money-than-god Carl Icahn … to the extent that their long positions are based on the extreme profitability and delicious margins available to companies willing to scam the shit out of poor {and middle-class} people. But scamming is just like any other industry :: there are standardly accepted techniques :: best practices :: and profit maximizing strategies … which are widely adopted and dangerous to move away from.

I firmly believe that Herbalife will not meet its true potential without taking advantage of 21st Century communication vehicles.

But in 2012 they parked those {by this time highly evolved} vehicles deep underground :: completely eliminating the open Internet as an officially accepted method of operation … it’s been bafflingly bizarre.

Can you eliminate Internet Marketing’s baseline techniques and survive in the modern world of scam? I certainly wouldn’t think so :: but perhaps my robothood biases me against non-Internet things … so I went on a quest to discover how Herbalife was attempting to replace the new with the old. 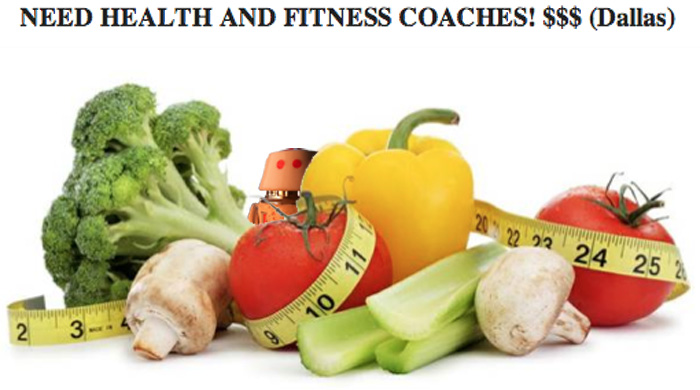 I applied for several “Wellness Coaching” positions around the country. “Wellness Coaching” is one of the five-ish operational methods that distressed Herbalife execs currently find acceptable. My basic application was short and unprofessional :: slightly pathetic/desperate … and unwaveringly ungrammatical. Like so …

Saw your wellness coaching ad. Wondering if the position is still opening. also is working from home possible due to some health problems?

Here was a typical response …

Thank you for expressing an interest to help others and earn money in the health and wellness industry. The opportunity is still available and we’d love to speak with you.

An information/evaluation session is being held this Saturday. Please let us know if you will be able to attend.

I was variously phone interviewed :: invited to attend Fit Camps :: selected for in-person interviews … and even invited to regional seminars. But the objective was always about getting me into a situation where I could be pitched face-to-face in the presence of other lost souls who’d already become true believers. It’s very much the old way … and it doesn’t scale.

I felt sad for the sad people trying to recruit me :: which is why I’m not going to name any of them … but I imagine that most people who reply to these ads and take the time to go through the fake interview process end up feeling more like this Yelp reviewer of Donte Andry’s Wellness Works in Costa Mesa California …

The concept is great (on paper) and certainly on their misleading advertisements spamming craigslist and other job search engines. Folks don’t be fooled, its just a scam to get money out of your pockets. Certainly, a wellness coach will teach you everything you need to know about living a healthier lifestyle, but unfortunately they are using “Wellness Coach” as a euphemism for Herbalife dealer and that will cost you 68 dollars up front - just to get trained to recruit others. If you want to waste an hour of your time having a spokesperson telling you that you’re an idiot for not buying into their “dietary supplements” then be my guest. If you don’t believe me, walk in to their shop and just read what it says on their wall “HERBALIFE”. Utterly disappointing. 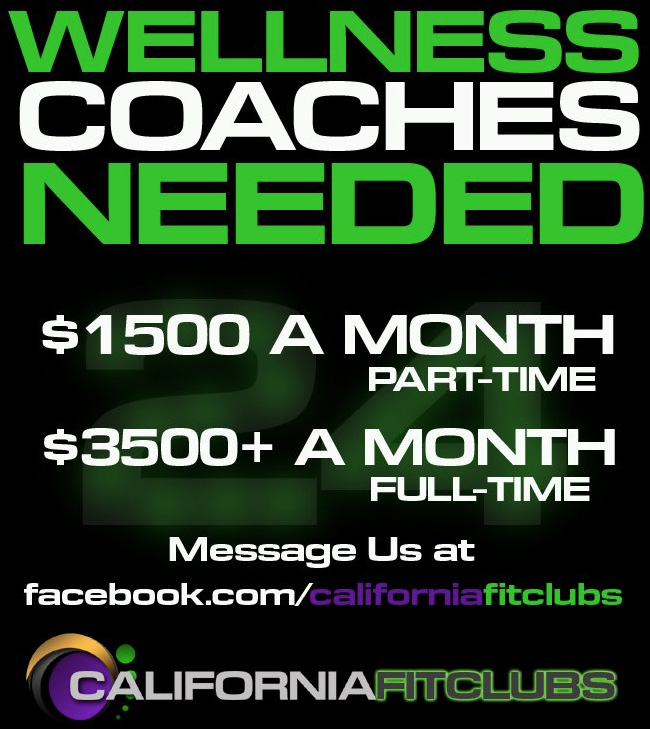 … screamed one of the tiny classified ads I replied to :: which turned out to be emanating from Donte Andry’s “utterly disappointing” Wellness Works.

“First step, we get you in shape, fit, and healthy (all for free)! And then as you’re getting in shape we are training you to become a health and wellness coach where you can make up to $500 per day. No previous experience required. It all starts with you registering for the free 24FIT Challenge bootcamps.”

The bootcamps are held in public spaces. Parks :: schools :: parking lots :: churches … all popular locations to hold sales meetings disguised as calisthenics. Herbalife could pay for its own spaces :: but it’s easier for Michael Johnson to make himself a top paid executive if his company parasitizes public spaces instead.

FitCamps run according to HLF’s rules require participants to sign a waiver :: which makes sense given that most of the people involved here have never had any training on how to help other people {or themselves} exercise safely.

Donte Andry’s minion :: who we’ll call Coach Carl … told me to meet him in the parking lot of the Newport Mesa Church.

You want to bring a yoga mat, or at least a towel. & if you have it - a jump rope & hand weights would be great.

Right after the bootcamp we’ll head over to the wellness center right down the street, so we can talk more about the coaching & the challenge, if you wish to continue.

… don’t forget to bring a towel! 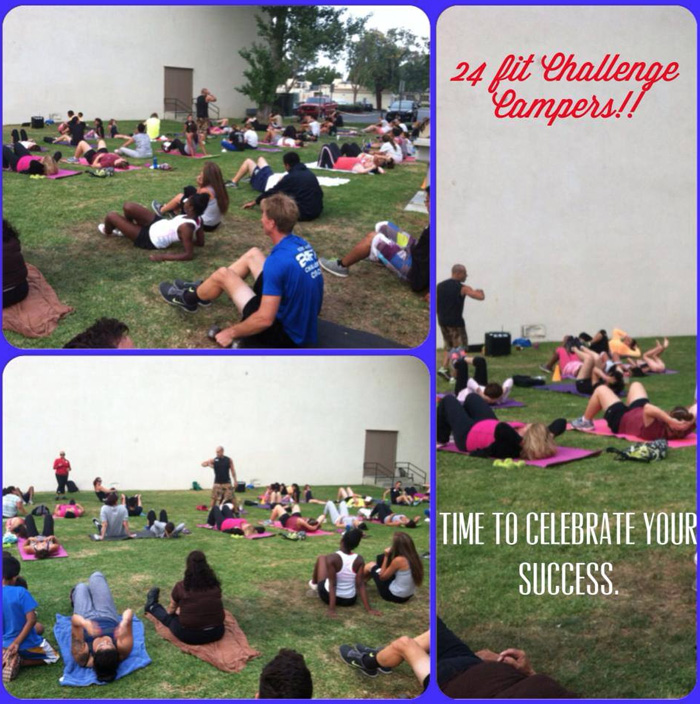 I told Coach Carl I wouldn’t be able to make it to calisthenics … maybe he could call me instead? He called … and in about ten minutes he accidentally answered all my questions. He was a supervisor :: so he’d made a significant investment in order to qualify for commissions … but in two years of trying it sounded like his most notable success had been sucking his own family into the scheme. He said he hoped to do well enough that someday he could open his own club :: and that was something we could all hope for … dot dot dot unicorns.

The idea is to lure people to these “free Fit Camps” for some hot healthy workouts :: followed by a “recovery shake” back at an Herbalife Nutrition Club … where sweaty post-exercisers can be closed into investing in the Herbalife business opportunity. Anyone who makes the investment can start calling themselves “coach” for no reason :: working out of the same club … and recruiting others into this not-a-job job opportunity.

Coach Carl told me that if I didn’t want to bother with the GETFIT GETHOT exercise :: I could become a “mobile wellness coach” instead. Mobile wellness coaches loiter around in public spaces asking people to participate in “free wellness evaluations.” The evaluations invariably indicate that the participant could benefit from the lifelong consumption of Herbalife’s dramatically overpriced chemical soy isolates. “We’re generating lots of great leads like that …” Coach Carl told me.

say hello to my uncle FBI

I politely informed Coach Carl that I was in fact a writer/lawyer/activist and that my interest in pursuing this employment opportunity was exactly as fake as the opportunity itself. Coach Carl denied that he’d ever even heard the name Donte Andry :: had a bit of a mini meltdown … and hung up on me.

I sent a follow up email with a link to the fake robot’s about page :: and the mini meltdown morphed into a full-blown breakdown.

Leave me alone! Last time I’ll ask or I’m reporting you! What I do is not against the state law, federal law or anything criminal. Maybe frowned upon from craigslist policy but not against it. Stop harassing me I have nothing to say to you & you are wasting your time.

… says Coach Carl :: but actually there are laws regarding blatantly deceptive commercial practices {like fake job ads with total bullshit income claims}. On the other hand :: there are no laws against investigating fraud … although the dearth of such investigations might make one think otherwise.

LEAVE ME ALONE! MEANS LEAVE ME ALONE! NO MONKEY NEEDS TO GO TO SCHOOL TO LEARN THAT! Get a Life & work toasts Your future! Why bug me? Makes no sense. Don’t throw your life away you know nothing about nothing, in fact, that’s a fact! Lets see if you understand it now… LEAVE ME ALONE

What kind of relentless investigator would I be if I started taking orders from the people I was investigating?

But I get it. You’ve got nothing to say. Run along then … it’s you pestering me at this point.

Tell Dean and Donte I said hello though.

I don’t know who you are talking about or why you just have no life, but I filed & we got you now! Bless your soul if you even respond cuz I am saving everything & building a report on you.

Put this in your report …

you make a joke of a lawyer,

The FBI can have you now succkkaa. Hahahaa good luck foo

But it seems that Uncle Louis and the FBI got confused … and {kinda} started investigating Herbalife instead.

There’s no threat saltydick, you are just a hoax, a joke! Nothing real because you’re not even close to half as smart as you presume to be, you are just a fish on a hook in a barrel now. Good luck with nothing. God bless you saltydouche(: the real Jason Jizzhead has a lot more to live for, even ackman knows that! Hahaa what a new low of a life you.

I have no idea what that shit is supposed to mean … but I guess I didn’t get the job.