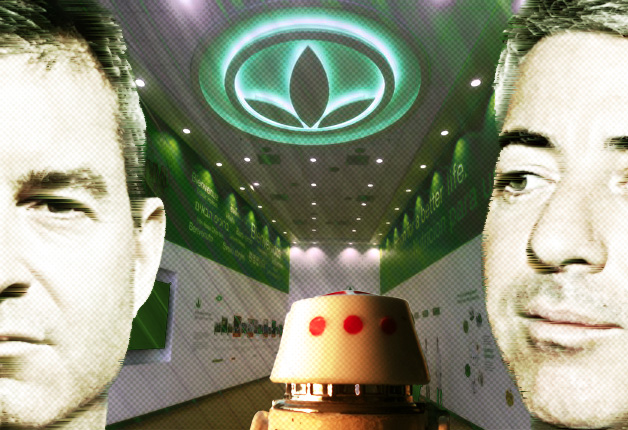 I know :: I was gone for a longish time … and you missed me muchly. How were you supposed to remember not to put your tongue on the hot stove without me around to fake robotic fake mother you?

Oh well :: I’m sure you’ll be fine … time heals all {tongue} wounds. I was never particularly interested in what you had to say with your tongue anyway. Why listen to you … when we could be listening to me instead?

Bad time for me to be gone though :: what with Bill Ackman’s salvo against {scamworld cornerstone} Herbalife presenting such a rare opportunity to make big progress against the sick machine.

That’s cool though :: because the mainstream media has got this one covered … expecially now that a couple of high rollers like Dan Loeb and Carl Ichan have made bets against Mr. Ackman. Not just intellectual ghetto media like CNN or ABC either … serious writers and shit.

Like Matt Taibbi {and his millionaire mentor Kevin Trudeau} :: or Bethany McLean … type serious writers. Well :: maybe not them … but it did still rank a full feature in Vanity Fair. Vanity Fair :: like an actual magazine … that gets printed on real paper and everything.

William Cohan :: who I guess is Vainty Fair’s B-team for moments of seriousness when Bethany McLean is not available … has penned The Big Short War. It’s an article long on words :: but short on substance.

Ha! Do you see what I’ve done there with my witty financial word play? Classic! Everybody’s doing it :: so it’s important that I do it also … let’s all do the same things … then we can all be suitably comfortable that everything will stay the same forever.

I’m sorry :: I’m being absolutely intolerable … but it seems that I have returned from hiatus still of quite a disagreeable temperament.

Can there be any doubt that I am the favorite of the Dowager Countess?

Anywayz :: this is exciting … lay this serious Herbalife feature on me B-team Bethany! Wall Street fucking over the poor :: millions and millions of struggling individuals and families grievously harmed … without even the courtesy of an obfuscation.

… gouging at their dignity and self-identity

You know what I’m talking about Vanity Fair?

It happened last summer when Ackman decided to join a group of a half-dozen dedicated cyclists, including Loeb, who take long bike rides together in the Hamptons. The plan was for Loeb, who is extremely serious about fitness and has done sprint triathlons, a half-Ironman, and a New York City Marathon, to pick up Ackman at Ackman’s $22 million mansion, in Bridgehampton.

Not much has changed in the nearly 28 years since Ackman graduated from high school, except that his hair has gone prematurely silver.

As the other riders noted, it was really rather ridiculous for him to have gone out so fast, trying to lead the pack, considering his lack of training. Why not acknowledge your limits and set a pace you could maintain?

Don’t let this be happening to me Jesus …

Ackman says he suspected, when he “shorted” (i.e., bet against) Herbalife, that other hedge-fund investors would likely see the move as an opportunity to make money by taking the other side of his bet. What he hadn’t counted on, though, was that there would be a personal tinge to it. It was as if his colleagues had finally found a way to express publicly how irritating they have found Ackman all these years.

Couldn’t they just coil up their monogramed towels and try to flick him in the nuts in the locker room after dressage practice? Because that seems a much more sensible vengeance to me than supporting the exportation of fraud {in the guise of American opportunity} to Bulgaria :: Mongolia :: Vietnam … and Ghana. But maybe I’m just saying that because I’ve thought about it :: like … at all.

Robert Chapman has a hedge fund too :: allegedly … but it’s not big enough to earn invitations to all the best hedge fund bicycle parties. He does get quoted in every article about Herbalife though :: slagging off Ackman like a Desperate Hedge Fund Housewife™ … so he must know something about something … or something.

“Ackman seems to have this ‘Superman complex,’ ” says Chapman Capital’s Robert Chapman, who was one of the investors on the other side of Ackman’s bet. “If he jumped off a building in pursuit of super-human powered flight but then slammed to the ground, I’m pretty sure he’d blame the unanticipated and unfair force of gravity.”

Adorable. It’s like a little joke :: but without a punchline :: a reason to laugh … or a fucking point.

Chapman counters, “If anybody buys this ‘He’s out to save the little guy’ routine, they’re just outright gullible and naïve. Arguably, the number of Herbalife employees, suppliers, and their employees, and of course non-complaining distributors who may be harmed by Ackman’s quest for profits massively outnumber those distributors who fail to succeed as they had hoped.”

Arguably :: but not so much factually … or rationally. And taking down Herbalife will objectively help the little guy :: you ignorant idiotic asshole … so why give a fucking fuck why Ackman’s doing it? Don’t answer that question Robert Chapman … just fade back into the irrelevance that is your natural place in the social order.

Wait what’s this? Holy Vanity Fair! :: is that the Lady Mary like I’ve never seen her before? 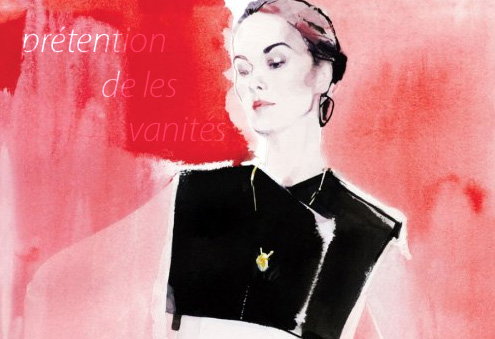 The elegance :: the glamour … the photoshopping! But alas :: she is already fictionally taken by another {spoiler alert :: he’s dead} … c’est la vie.

Getting back to serious Vanity Fair writer William Cohan :: who is now seriously quoting some stuff he saw on television …

“I’ve really sort of had it with this guy Ackman,” Icahn said. “He’s like the crybaby in the schoolyard. I went to a tough school in Queens, and they used to beat up the little Jewish boys. He was like one of these little Jewish boys, crying that the world was taking advantage of him.”

Okay then :: that makes sense … let’s fuck over some Mexican immigrants! That’s sure to teach this rich whiney Jew to stop crying about poor people pyramid schemes.

So if you happen to be shopping around for a hedge fund manager with whom to invest your vast fortune :: or you’re trying to decide who to invite to your charity auction fundraiser next weekend in The Hamptons :: or you’re the mother of someone mentioned {or a friend of one of those mothers} … then you absolutely must read this must read vanity story immediately.

But as to the actual story of how all segments of institutional America happily endorsed one of the biggest {and saddest} pyramid schemes of all time … Vanity Fair has no comment.

Hey Bill Cohan :: fuck you … and your society page drivel.