James Arthur Ray is rotting in jail right now because he kills people :: and because Munger Tolles & Olson didn’t put on a credible defense that the jury could believe. Internet trolls came up with better defense theories than Luis Li and Brad Brian.

Truc Do had never lost a case … but then she moved to MTO and immediately suffered defeat. It’s almost like God abandoned her :: but PZ Myers says we aren’t allowed to believe in God … and he has a dirty beard and droopy eyes so he must be right.

(2) A defendant who did not proceed as an indigent in the trial court may so proceed on appeal by filing in the trial court a request to proceed as an indigent, together with the sworn questionnaire required by Rule 6.4(b). The clerk shall immediately deliver a copy of the request and questionnaire to the prosecutor by hand. The court shall require the defendant to appear for an inquiry into his or her ability to pay. It shall grant or deny the request within 3 days of filing

Prove that you’re impoverished :: motherfucker who drove people into poverty by selling guaranteed “all areas of your life” success secrets.

Death Ray will be needing him some free attorney action because The Ms. Polk has filed a cross appeal in his case and is contesting numerous of Judge Darrow’s mulch huffing determinations {don’t huff mulch kids … or you’ll fuck up all your 404(b)’s … for seriously}.

Maybe Ray’s new court appointed attorney will win the appeal. Gosh wouldn’t that be sad? Then the retrial would be Ms. Polk vs. Some Public Defender Well Tired of Losing to Ms. Polk. It would be the trial of the century … wait … I mean … it would be the plea bargain of the week. Ha! Welcome to poor people town sucker.

Or maybe James Ray could represent himself in the appeal or the retrial … he’s a very smart man who’s spent his whole life reading about esoteric quantum physics and global spiritual traditions. Oprah knows it’s true … but the Arizona Department of Corrections isn’t so sure …

Edu. 4 means his education needs are “Functional literacy needs (8th grade).” This is one step above “E5 Low IQ (possibly exempt)/ Foreign national.” Once he learns how to read at an 8th grade level, he can move up to “E3 GED needs,” and when he completes his GED he’ll be at “E2 Completed FL/GED.” Only at that point will he be eligible for Work Based Educational programming, and then he’ll get a Voc. score.

Quick someone send him a copy of The Outsiders … he’s gonna learn so much about SodaPop and becoming a grown up.

Pretty embarrassing stuff for a fake “thought leader” :: not only was he not qualified to lead that dangerous abomination of a sweat lodge … he wasn’t qualified to go on a field trip to the zoo without a permission slip from his mommy. 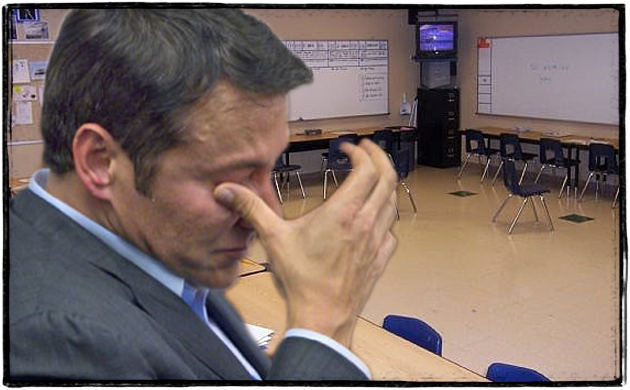 … oh … don’t cry fuck face … if you apply yourself and go three-for-three {thoughts feelings actions} then basic geometry won’t be as hard as you think.

I know this one fake robot who has been lobbying for more charges for quite a while now. One of the things Ms. Polk is appealing is the exclusion of 2008 sweat lodge participant :: and medical doctor :: Dr. David Kent … who was prepared to testify that people’s lives were in critical danger during the 2008 lodge. I guess if charges for the reckless endangerment of those fifty people were brought against Mr. Ray now … then he’d have a lot to ponder with his public defender and 8th grade mind.

Maybe I should give up on the more charges thing :: but I was just remembering a letter someone wrote me once … I was young at the time. Guy told me to always keep fighting :: and never to forget about the moving power of good jokes. He reminded me that all the greatest people go down with their spines str8 :: their heads up … struggling for something better than the good things we already have.