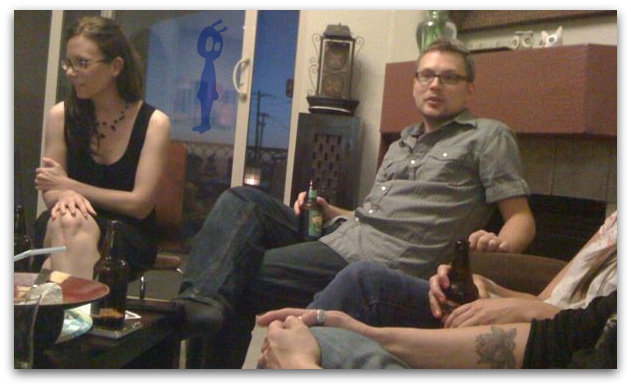 I’m sorry you missed the goodbye party for the lovely Misses and Misses Fredrickson :: it was held last Monday :: and you weren’t invited because you are suck ass lame {don’t blame yourself just because it’s your fault}. These two sterling examples of hypocrisy in action have decided to abandon all hope and flee the area :: something the UN recommends to all residents of California :: Arizona :: Greece :: Spain :: Portugal :: and Canada {just because!}.

In attendance were a bunch of former JRI insiders like Tina Hefner and Michelle Goulet :: plus all the other super cool friends that Megan and Josh made while they were California Dreamin’ :: like {blank} :: oh and of course old {blank} … he/she is such a character. Okay so maybe they didn’t make any non-JRI friends :: but you know how the UnHarmonically Minded™ tend to cock block the quantum energy of your universal oneness :: etc. 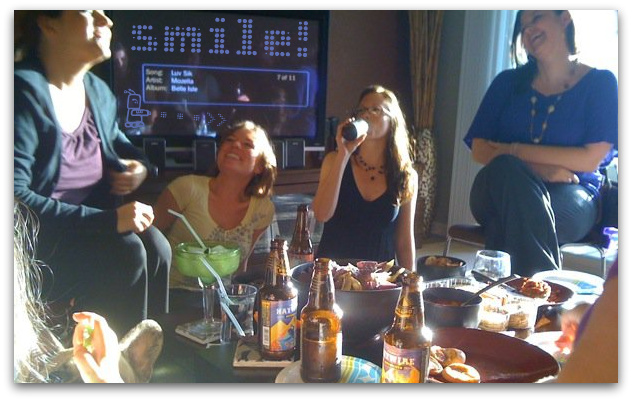 Insiders tell The Droid that chips were eaten :: and that flexi-straw availability was abundant.

Former Employee 1: Remember when we fleeced thousands of people for everything they had?

Former Employee 3: And don’t forget about the deaths –

Former Employee 1: Oh and the vomiting … and the blood …

Former Employee 3: And the cover-ups!

Josh Fredrickson: Megan can I get you anything? Like another flexi-straw for your beer, or perhaps a new man lover for you to fawn all over?

Back home for Megan and Josh. Back to real life. Back to normal life. Or maybe not …

Oops :: I’m sorry for ranking number one :: how rude of me! I know I don’t paint a very flattering picture of you here … but rest assured that if any future potential employers contacted me directly … I’d be able to make it even worse {it’s a gift!}. But I’m sure it’s fine :: nobody ever searches Google :: and nobody ever tells me any secrets or queries me for data.

But you don’t care. You and your cat SheShe are Internet Marketers :: you don’t have to apply for jobs or send out resumes. Working from home :: independence :: living the dream :: fast money :: unicorns :: FTW!

Funny story :: the damnedest thing happened in Internet Marketing while you were off stroking James Arthur Ray :: I’ll give you hint … it’s me! Yep yep! I think you’ll find that having my attention proves less than advantageous :: kinda like a super bad case of small pox with a side of bonus herpes.

Don’t you two dipshits see that this thing is going to follow you forever? You can’t escape it now :: four people dead :: dozens severely injured :: thousands conned of thousands. It’s your “legacy” :: and it’s a sham. Your only hope of saving your names and futures lies in telling the truth NOW :: and in taking a risk in order to do the right thing.

THE TRUTH ASSHOLES!!! Otherwise … you don’t deserve any flexi-straws.