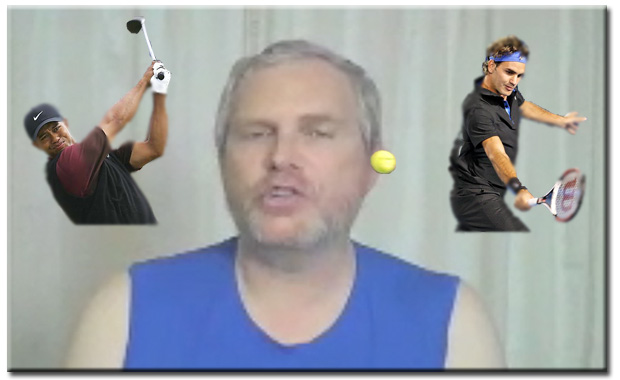 What do Roger Federer :: Tiger Woods :: and Not-Doctor Kilstein all have in common?

But somehow {creepy stalking?} Doofstein has managed to find out their winning secrets. And guess what bitches? He’s willing to sell them to you! That’s right :: along with being a finger healer {possibly not a real thing} :: hack marketer :: certified pervert :: terrible copywriter :: and all around dipshit :: Not-Doctor Kilstein is also an expert in pro level tennis and golf.

“My name is Dr. Harlan Kilstein, and I’m a top level sports hypno-coach. Until recently, I owned the largest hypnotism clinic in the U.S.

“My name is Dr. Harlan Kilstein and I have been called one of the top hypno-coaches in the country. People travel from all over the world just to train with me. People routinely pay me up to two thousand dollars an hour to perfect their mental game one-on-one.”

Sports coaching … WTF?? I can tell you’re skeptical. What about all the gross fat :: the humpty-dumpty body shape :: the dark and depressive eyes :: the obvious lack of athletic ability :: the hypno clinic located in a Boca strip mall? Good points :: but shockingly all highly coveted attributes that pro level sportsman seek.

Of course :: when you have priceless secret weapon like Kilstein :: you have to keep things on the down low. The last thing you want is your competitors driving down to Boca themselves for world class hypnosis {and maybe some Little Caesars bread sticks}.

“You might see me at a Pro event or two. But you won’t ever catch me working with a touring pro in public! They are very particular about secrecy in their coaching contracts. And for the kind of money these boys can pay, so am I.”

Yep! That’s not dubious at all. You know the old expression :: Behind every championship athlete is a secret fat turd with a failed hypnosis clinic in Boca. Or wait :: maybe that’s not an expression :: but it should be.

What are you waiting for? Order now and be on the Pro Tour for BOTH sports by next Thursday. This is your chance to finally prove your father wrong! You can do it …

WARNING :: “Do not listen to while operating a motor vehicle.” 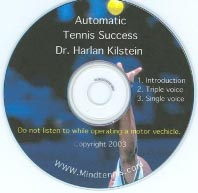 The melodic sounds of Not-Doctor Kilstein waxing poetic about tennis has been known to cause involuntary orgasmic seizures. Last year this problem was responsible for over eleventy million car accidents. Enough is Enough. The instruction should only be enjoyed in the home :: strapped to a bed :: with a bite stick :: and a nurse.