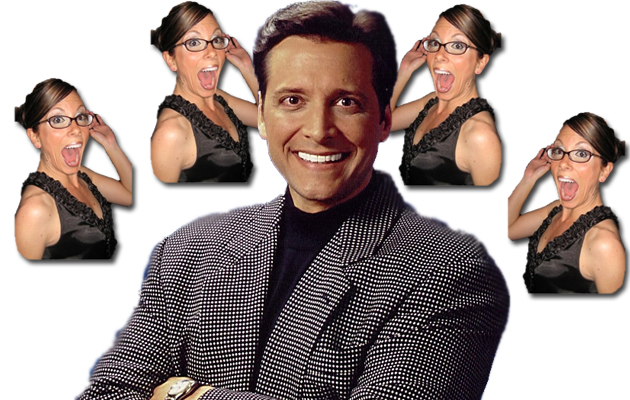 Mania Megan Fredrickson is the Director of Operations for the prestigious seminar/death company James Ray International. JRI has a small staff of poorly paid employees :: and a large staff of dreamy slave labor. Megan is James Ray’s right thigh man :: oh did I say thigh? :: cause I meant to say hand. No … I meant thigh.

“And then throughout the lodge just be a support for him and I guess mostly that means when he would physically stand up to put the water in he’d have to walk back and it’s completely pitch dark so I’d put my hand out so he’d know hey, I’m about to get to the back, or I need to squat down now. Or if I could sense that he laid down, like whew this is hot or something, I might give him a little pat on the leg or something …”

How romantic. I guess that’s why they both wear thumb rings.

Megan: And then sometimes I feel this tiny little boner, which James does just as a way to encourage me, like a coach.

Det Diskin: Did you say you touched his boner during the lodge? Because we hadn’t heard that.

Megan: No, uh no. I mean it was dark in there is all .. and I was just moving my hands in a clockwise direction like we had discussed in the setup. There was something there … but no I don’t remember anything about boners. I’m sorry I wish I did.

Det Diskin: Okay, but you just said: “sometimes I feel this tiny little boner.” Just now you said that.

Megan: Did I? Oh golly no. I don’t remember saying that at all. Not boners … no. I don’t know why I’d say anything about boners.

Between the seventh and eighth round :: things were pretty grizzly :: people are screaming … vomiting … and unconscious. Josh Fredrickson tells Death Ray that he needs to leave so he’ll have the strength to help people out after the last round. Death Ray says fuck no {like a coach would}. Josh decides to help James Shore move Sydney Spencer out of the lodge :: she’s dying so he figures why not? He’d already tried yelling at Kirby Brown to pipe down … and that hadn’t seemed to help her. He’s not wearing his glasses and smacks his head against one of the beams and collapses in a heap …

… it was literally like right in front of Megan and James and when I landed, I mean I landed you know within a hands reach of James and James said are you okay? And I said I don’t know right now and so that’s when I left.

The immunity interviews of Megan Fredrickson and her wife Josh Fredrickson. {via Tom McFeely} 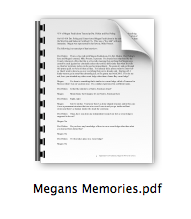 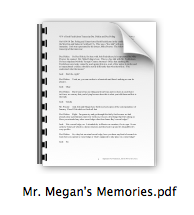 These interviews are fascinating :: and very strange. If you are given immunity for an interview … you should confess to EVERYTHING you can think of … then you’re basically off the hook for it. Seems simple. Josh and Megan face the very real possibility of being held responsible for DEATHS :: Fraud :: and Obstruction of Justice. They could do serious jail time :: their lives could be ruined. This was their moment to say :: “the devil made me do it” :: but they took a pass. They are still 100% committed to protecting James “God on Fucking Earth” Ray.

It’s a huge mistake. To quote one of my favorite bloggers The Salty Droid {warning: adult language} on Oct 28th …

Exactly :: well said. Yet Josh and Megan seem to have remained steadfast. So steadfast that they were willing to destroy evidence. In the last exchange of Megan’s interview :: Detective Diskin drops this bomb :: in a hilariously casual way …

Det Diskin: Just one last issue and I appreciate you for talking to us again for all this stuff that we’re going through but did you, do you remember leaving a voice mail for Melinda Martin in the weeks after the sweat lodge incident?

Det Diskin: Do you remember what that message said?

Megan: I left her several voice mail messages so I’m not sure.

Det Diskin: I’m talking about the one where, and she saved this, where you call Melinda Martin and say that Josh and Greg are going through the office looking for anything that has to do with Spiritual Warrior so that you could get rid of it before the Detectives get there and find it.

Det Diskin: do you remember leaving that message?

Megan: Not with that language but

Det Poling: What was the language?

Megan: Uhm, I, God, getting rid of stuff? Really?

Death Ray is going to prison … and his Ho Harem is going with him.

P.S. Way to go Melinda! How awesome are you? Very awesome!