Meditations on a Fat Man 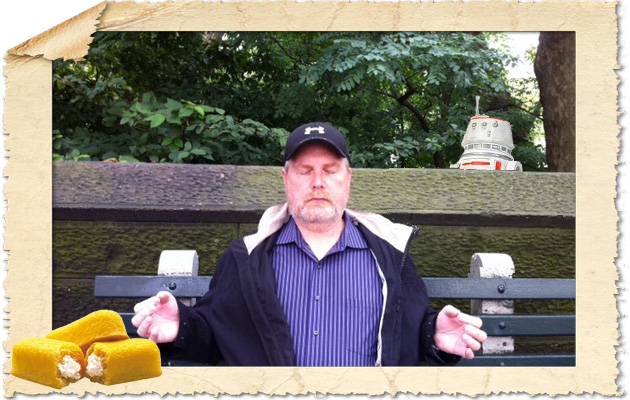 Harlan Kilstein isn’t a doctor :: and he isn’t an Internet marketing guru either … thanks to lil’ old me.

But he’s still a pathetic bottom feeding scammer … and every month or so someone tells me a story about Harlan trying to ruin their life with his ridiculousness.

Maybe a fake robot can keep a motherfucking d-bag from getting huge … but he can’t keep them from existing. There are police in Boca right?

Anywayz :: HK has a new bullshit site about the meditations. The site has 21,000 Facebook fans :: prolly in the same way that Newt Gingrich has a million Twitter followers. In the above pic Harlan demonstrates a Finger Healing meditation position for his Facebook fake-fans :: which he calls … “The Seven Purples of Constipation” … or something.

Fortunately for the Not-Doctor :: Jason :: like all haters … plays poor piano. Not-Doctor K regularly talks at the @countingcrows on the twitter {cause we’re all cool in our own way} so the fat mans personal meditations have been set to a poor facsimile of Raining in Baltimore.

Hopefully this will help HK achieve that long-awaited bowel movement.