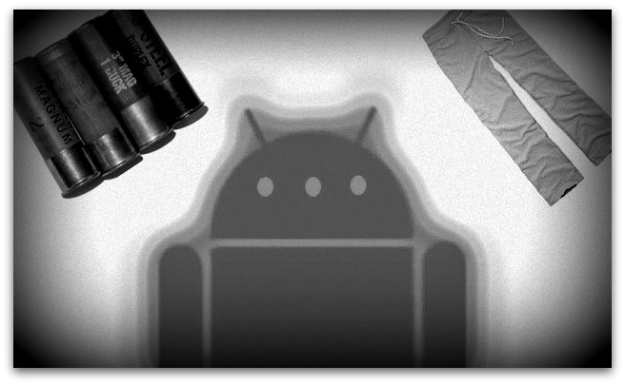 In other news :: some half-wit … half-cocked … half-ass suggests that death by shotgun would be an appropriate end to my Salty Droiding™.

“Sounds like a threat! You should report him to The Man … “ says all y’all.

Fuck him … don’t care. This is the dude … some oldster from an irrelevant island nation. Robert hates me and wants me dead. He thinks I’m a liar out to smear the “good guys” {like Paulie Sabol … right Robert?}. He won’t see the group unicorn made into a keychain on his fucking “watch” … so he echos back the vile that drips from the tops of the walls in this stink hole.

Well guess what Robert? I’m here to save your sorry ass anyway … ha! … suck it!

Nobody asks for an intervention.

From Hello World :: until this weekend :: The Droid has been threatened by sad minion after sadder minion. It’s such a foolish mistake to threaten someone with violence … no less an agitating activist who knows EXACTLY how to put the hammer down. Oh so stupid … like a potential life ruiner. Yet to date … 100% of threats have been rolled off the fucking back. The Droid knows that waking up is hard to do …

Speaking of pushing luck :: assholes :: and reporting shit to the authorities … The Syndicate.

Damn near every time something awesomely horrible is exposed around here :: peeps cry out for The Droid to report the matter to this or that authority. Why don’t I ever do it?

Simple :: I don’t know. How you like that answer suckas?!

Thing is … does that really help? Do you see the government fixing anything … ever? And … one assumes {probably naively} that the majority of enforcers aren’t just jerking off all the time while Rome is burning. They have their own priorities :: limited and shrinking budgets :: and infinite supply of badguys.

But what good are rules without exceptions?

Too far is too far.

“What’s going to happen to The Syndicate now that the zombie cat is out of the bag?” says the same people who asked about the sweatpants.

The Syndicate is going to be destroyed … and its members are going to be called to account for their sins against humanity … so help me robot god. Many foolish fools failed to heed repeated warnings. They misinterpreted patience as weakness … a mistake they’re each going to have plenty of time to regret.

The key moments of decision are approaching for those on the edges. Which side are you on? Do you say yea or nay to manipulative exploitation? Your answers are in your actions. “They” could speak to the market and ruin your business … I understand that. I totally understand that. But now so can I …

Choose your side wisely bitches!