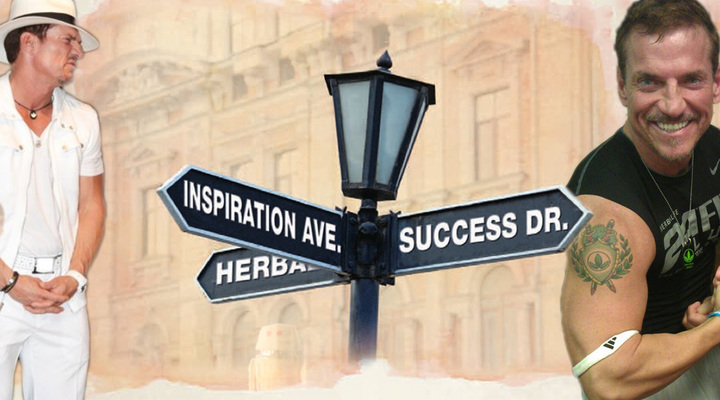 It’s clear how Michael Burton’s faux career at scam company Herbalife is going to end :: fucking disastrously … and with no possible excuses.

“But how did his career begin?” … asks a giraffe standing on a turtle.

Well :: inquisitive giraffe with extraordinary balance :: it began with used cars … in the style of our very own previously shat upon The Gnome … as we are told in an old issue of Herbalife Propaganda Today …

For almost eight years, Michael Burton and his wife, Michelle, owned a small chain of used-car lots. It was a tough business, and 70 to 80 hours a week was typical for Michael. “I felt like I was married to the car lot,” he remembers. “Dealing with employees and salesmen felt like running an adult day-care center.”

“We ended up going bankrupt, but that turned out to be the best thing that could have happened to us.”

Going bankrupt is the best :: wanna find out about it? … sign up for Herbalife.

Like so many people boasting about a miraculous success in HLF :: Burton was first recruited by a family member …

“My wife’s parents, James and Carole Wood, introduced us to Herbalife, and James encouraged me to sign up with him. I was totally against the idea and didn’t want to have anything to do with it,” Michael admits, “but he and Carole invited me to a Success Training Seminar anyway. After I got back home, I told Michelle that I’d just found what we were going to be doing for the rest of our lives!”

The next day they became Distributors and the day after, Supervisors.

Michael put his supervisor order on a credit card :: which was the best business decision of his life … even bestier than going bankrupt on some wank ass used car lots. 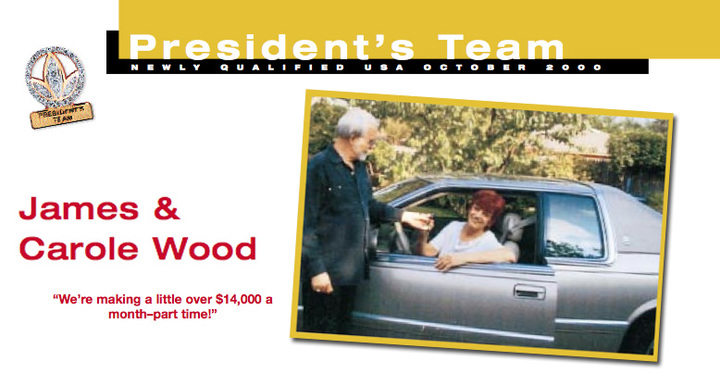 Burton says he made President’s Team in a totally unbelievable 16 months :: but his parents-in-law James and Carole Wood made it almost as fast … only working the business part-time. From Herbalife Propaganda Today …

After retiring a few years ago, James D. Wood invested in a small chain of used-car businesses. “I put quite a bit of my money into that, and it was going well,” James relates.

But fate intervened in the form of serious illness, and James underwent open-heart surgery. Says James, “While I was recovering from surgery, the used-car business went into bankruptcy.

Here’s where it gets dumb …

So there was a Success Training Seminar in the area, and my son-in-law, Michael Burton–now a President’s Team member along with my daughter, Michelle–took me there.

A lot of people think you can’t make money part-time and have financial security. But that’s where I am–and it’s like a freight train to glory.”

How fun :: simple :: magical it is that two people from the same family could both ride the freight train to President’s Team glory … and in record time … at the same time. But wait :: there’s more … meet Sydney Mercedes Burton … who has herself been experiencing the sudden onset of Millionaire Team … and {following in the path of her puffy papa} has just made her debut on the Herbalife scam seminar stage. 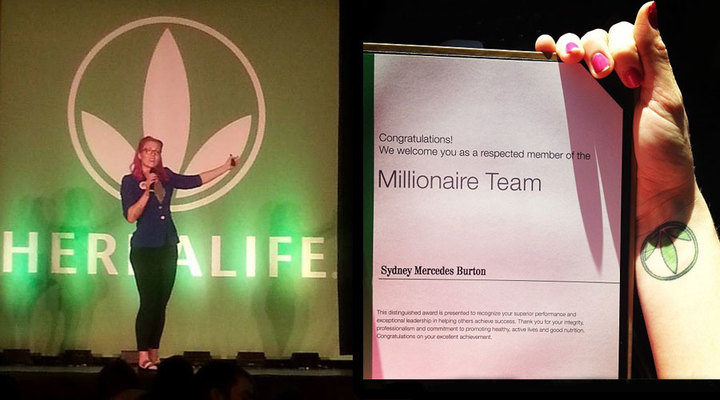 Thanks Herbalife and my amazing, beautiful team for allowing me, at age 22, no degree, to profit over $6,500 last month! THIS IS JUST THE BEGINNING! If you need extra income, I can show you how! #girlpower #herbalife #loseweight #getfit #makemoney #lewisville #flowermound #atomicnutrition #youngmoney #pinkhair

… says Sydney Mercedes to the facebooks in March of 2013 :: just four months before her parents/upline filed an epic bankruptcy.

Sydney Mercedes didn’t always want a career in lying :: she used to dream of putting her dye-jobs and double stripper name to a more noble purpose … wrench modeling. 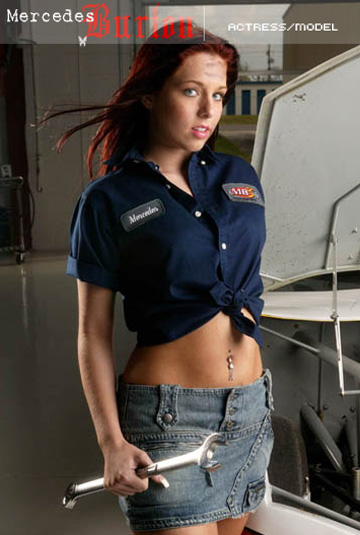 But it didn’t work out :: cause real life is so much harder than faking it until you’re making it at faking it :: so the wrenches will have to model themselves … Sydney Mercedes Burton is officially a full time Herbalife faker. And she’s succeeding at moving up the plan :: unlike you struggling TAB team members … because the game is fucking fixed!

In Herbalife :: like with every other dirty :: horrible :: heart-crushing :: story here … winners are chosen … not made.

… and they’re organized against you. 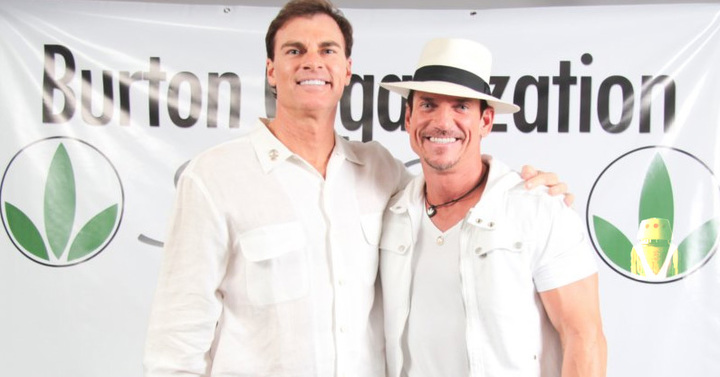