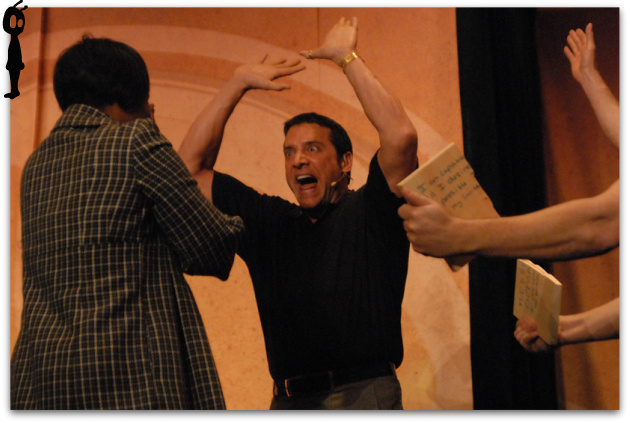 Felicia Fonseca’s latest article about James Arthur Ray is currently being picked up by all sorts of fancy schmancy news agencies around the world. But in open support of Chiang Kai-shek :: The Droid is linking to it at Taiwan News. That’s right :: I’ve just officially recognized Taiwan :: suck on that China .. you big red bullies! Chinese authorities couldn’t be reached for comment about this bold :: some say provocative :: move by The Droid. But one imagines they’d say something like: “Big trouble for you coming soldier boy.”

You’ll recall :: unless you’re back on the PCP :: that Death Ray’s bail was set at $5 million. He’d only need to post a small fraction of that to get out on bond :: but in spite of a generous Salty Droid fundraiser :: he’s still rotting in jail. On the plus side … maybe his balls will grow back now that he can’t inject himself with steroids and hormones {but probably not}.

Death Ray’s lawyers {who will be taking almost all of the cash} argued that bail should be reduced. Those documents are sealed because it wouldn’t be fair for the public to see Death Ray’s financial details :: too personal. It was all fun and games when he was claiming massive wealth and success in ALL areas of his life … he tried to get that “personal info” out on every possible media outlet. But the truth … NO … that’s best kept sealed.

“But the court documents paint a much different picture, showing that he is severely in debt with a net worth of negative $4.2 million. Real estate makes up about $3.1 million of Ray’s total assets of nearly $4.2 million, but he has little equity.

The properties include homes in Hawaii and Nevada, and rentals in California. Ray’s Southern California-based business, James Ray International, and a Beverly Hills mansion he recently put up for sale are not listed among the assets.

Ray’s liabilities were listed at more than $8.5 million, much of which was unexplained in a statement of net worth.

In a financial statement filled out by Ray the day of his arrest, he wrote that he pays out $94,000 a month in expenses, including for rent and mortgages, utilities, insurance and vehicles. He listed his assets as $14,000 in a checking account and $220,000 in a retirement account.

Ray’s attorneys said his financial stability has been shaken by withdrawals from bank accounts in the last several months to pay creditors and legal fees, including a significant retainer deposited in a trust account at the California-based law firm representing him.”

Oh snap! Many good and reasonable people are like: “He’s hiding it! It’s in the Caymans! He gifted it to Mania Megan! He plans to flee the country like Werner Erhard!”

Doubt it. He was just a posing :: posturing :: flat out liar.

EVERYTHING about this “man” was a fraud. Taking his “Journey of Power” cost good :: hard working :: citizens more than $50,000 … but James Arthur Ray had nothing to teach. He has no degree :: no spiritual certifications :: no non-sales corporate experience. And he hadn’t achieved success in ANY area of his own life. He was just LYING … to all of you. 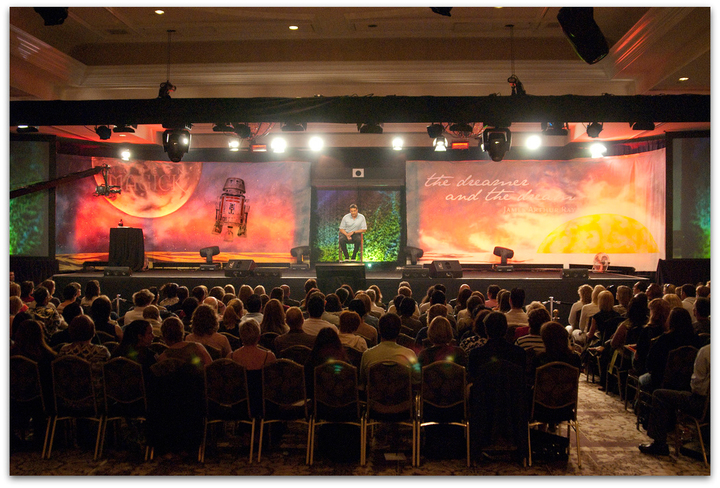 The set is bigger than the audience.

He was draining all the revenues by believing in his own bullshit. Doing things bigger and more aggressive than he needed too … spending the money he wanted to be making instead of the money he was actually making.

Remember when Perry Belcher’s giant health scam came crashing down and he was worth less than a million bucks? Or check out fellow star of The Secret :: “financial expert” :: David Schirmer putting his “company” into liquidation because of $250k in back taxes {Schirmer Sham PDF}.

Oops :: The Balance Sheet is Bogus!