Sean Stephenson :: Doing it in the But 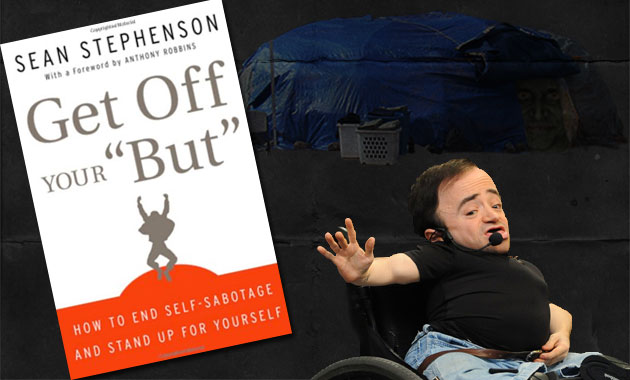 Size matters :: in certain things … like illegal cockfighting. You want to have the biggest cock if you plan to go home with some of them sweet sweet cockfighting monies. Some people might tell you that smaller cocks often win out … but those people haven’t been certified in Cockmaster Shamanism by the employees of a Carnival cruise ship like I have {it’s kinda a big deal}.

But size doesn’t matter in matters of the heart. Like having a black :: cold :: vaguely turd like :: heart … that can happen to someone of any size. From ungodly giant :: to more like … raisinette … 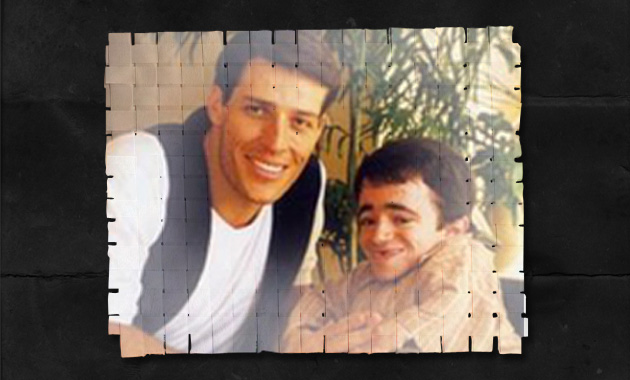 Dr. Sean Stephenson was born with some terrible life threatening disease :: I think Crohn’s … but he survived!

Unless you die of course :: then you can’t … but that’s on you for not wanting life badly enough like Sean.

Dr. Sean Stephenson is a doctor of the doctor type arts. He calls himself Doctor on his timetostand website :: and he says stuff like …

“Received Board Certification in Clinical Psychotherapy from the Association of Integrative Psychology, is a Certified Trainer of Neuro-Linguistic Programming, and completed his doctorate at Kona University (previously named, American Pacific University). Sean operates a private practice out of the Oakbrook Terrace Tower in Chicago, IL.”

Dr. Sean’s psychotherapy … or something.

Speaking as a man who has made a complete life from after being born with a severe disease, Dr. Sean Stephenson, a professional speaker, board-certified therapist and author, described his long-standing friendship with Ray.

He had a long-standing friendship with Death Ray :: because Ray cherished his friends … that’s what nobody told me so I believed it.

“I don’t know where I would be in my career today, I don’t even know if I would be a professional speaker if not for James and one or two others,” said Stephenson.

Maybe you’d have a real job? Maybe you’d be doing something other than the least honorable thing?

You can be anything you want if you just get off your “but” … and join the right couple of dick clubs. And hopefully you’re not wanting to keep your soul … because those aren’t allowed.

Sean Stephenson says James Arthur Ray is not a threat to society, and that he shouldn’t be kept from the motivational speaking circuit.

Pleading judicial leniency for a man whose morally repugnant actions cannot be excused is pretty messed up. But not messed up enough for “self-help” :: so Dr. Sean thinks that Death Ray should get right back out there … you know so he can do some more positive stuff like we’ve heard about with the blood and tears and torture and lies and fraud and death and baby kids without their daddy. Helping!!!

Ms. Polk wanted to make her “James Arthur Ray has fake credentials” argument during the guilt / innocence phase of the manslaughter trial :: but a certain wishy-washy noodle brain :: who was always wearing what can only be described as a “little black dress for old men” :: wouldn’t let her. It probably would have mattered to the jury :: but it wouldn’t have mattered to Sean Stephenson cause his credentials are fake too … success!

So Stephenson studied hypnosis and NLP at an unaccredited school that claims to be accredited. He got his doctorate in something you can’t legally hold a doctorate in from a university that may or may not have been accredited at the time he graduated, but was never accredited to give that fictitious degree. Note that there is no mention of his holding a masters degree which is a prerequisite to a doctoral degree.

Sean Stephenson is a doctor in the same way that Panda Express is a great place for authentic Greek food.

As a Board Certified Therapist, Sean operates a private practice out of his office in the Oak Brook, IL.

Oh … Chicago huh … how convenient. Maybe I’ll send Jason down there for some sessions in Not-Doctor Sean’s self-proclaimed specialty …

In spite of having access to all of Eben Pagan’s bonus materials :: Jason has only been able to attract one beyond awesome wife … and zero forewords by Tony Robbins. It’s pretty sad. And I’m sure Sean :: as a Certified Therapist :: will understand Jason’s preference for being called “Doctor Jason” due to his properly attained Juris Doctor.

Hey I guess that makes me a doctor by proxy {dbp} … Doctor Droid.

Dr. Droid’s Chicago practice focuses on helping men and women understand just how stupid their stupid ideas are. That plus pap smears :: trust me … I’m a fucking doctor.

Unfortunately for free money :: LaVaughn points out that Illinois is one of the states that has passed special laws about calling yourself “doctor” when you ain’t one. So I guess my dreams of fake doctoring are dead :: and Sean’s were a big mistake. Although in the comments of LaVaughn’s post Not-Doctor LyingPants seems to have it all worked out …

“Besides, I’m in the process of moving to PHX where your concern isn’t even an issue anyway.”

It’s not criminal to rob a bank as long as you make plans to go to Mexico afterward.

“If I wanted to I could call myself a Life Coach. I’ve considered it to avoid the obnoxious run-around I occasionally encounter (referring to you).”

Yeah you could call yourself a “life coach” champ :: because that’s nothing … whereas “doctor” actually is something … so that makes it different. I know it’s hard to understand that without a PhD … but it’s true.

I believe in God, The Universe, call it what you want, something much bigger than you and I. I have prayed that the families of those that died and all those affected by their deaths find peace. Hatred and resentment is toxic and does nothing productive for humanity.

They didn’t want prayers to your ambiguous gods :: they wanted justice … and you flat spat in their face with your shallow misrepresentations in defense of a monster. The choice is never as simple as peace or hate you small-minded waste of space :: in between are things like courage and conviction and passion for protecting future peoples from similar sorrows.

Your precious self-help double speak already killed people :: how abouts you don’t use it to dance on their graves as well?

“I get that you are upset with me for testifying on behalf of James Ray. That case was filled with sensitive issues and debatable points. I also shared my opinions, both personal and professional. I understand that there will be many who despise me and even curse my name for that. I can live with that.”