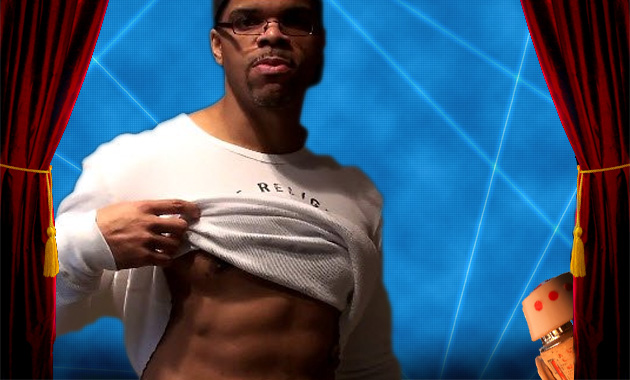 Dear LameLawyers {to whom I’ve sent private notice of this open public letter} ::

That’s your client’s nipple right there :: he likes to show it to all his professional contacts on the facebooks … because he’s a tiny insecure freak stain with no education or skills.

But that’s not really the problem is it?

The problem is that Stephen Pierce is a scammer … a totally fucking heinous scammer.

You wouldn’t have to be a world famous scam expert like me to know it. You could just be a lawyer who gave a shit about the world :: and professional ethics :: and did ten minutes of due diligence before taking on a whole embarrassing pile of meritless free speech repressing harassment suits. But you don’t … and you didn’t.

This is a man so foul and fucking dastardly that he’d sue his own mother-in-law … and you’d help?

This is a man so fucking slime covered and selfish that he’d sue people he already scammed … and you’d help?

The is an un-man so without character and moral values that he’d continue to torture a wife that he’s already tortured almost all the way to death … and you’d help?

Then this story isn’t gonna be about Stephen Pierce being a scammer … the thousands and thousands of people assembled here already know that anyway. It’s gonna be about what kind of bullshit lawyers would do what you assholes are doing right now.

It’s gonna to be about your names :: and your firm’s name … and you’re suddenly going to understand why Ms. Pierce and his nipples are so desperate to silence Internet dissent.

Everything you say and do in these cases I’m going to print here … everything {like when you call unrepresented parties and misstate the law}. And as the story of Stephen’s years of scams :: cons :: and monstrous abuse are further revealed … it will be forever attached to you and your negligent practice against the public interest.