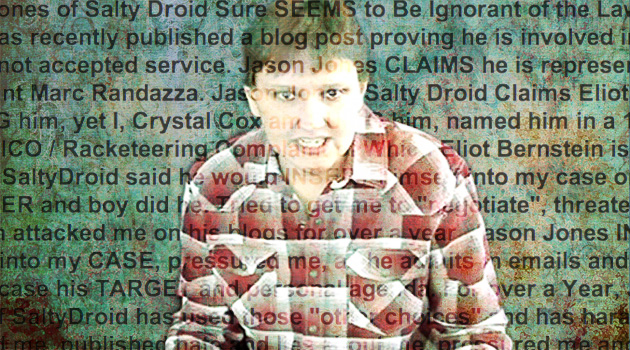 Remember when The Gnome thought he could come at me?

… or when Rick Calvert was stricken with some kind of taco related insanity?

… or when Mike Koenigs got all butthurt {cruel pun intended} about that time I embarrassed him in front of his big toothed boyfriend Tony Robbins?

Yeah :: too easy … those were the best of times. But such direct confrontations are a rarity … prolly because people are very intimidated by all the beeping. It’s too bad :: cause when the story tells itself … I don’t have to worry about telling the story. Working hard sucks :: as Tim Ferriss taught me at evil asshole bible camp.

It almost seemed like even insane clown person Crystal Cox was going to avoid directly agitating the fake robot :: she was all sending me recipes and emails and stuff like we were besties … this after I’d given her a solid clobbering for being such a fucking nitwit halfwit fucktard.

Will you please consider writing an article, or filing an Amicus Brief in Support of the First Amendment Rights, Shield Law Rights, Retraction Law Rights, Anti-Slap Law Rights of all Bloggers.

My Case Obsidian Finance Group LLC v. Crystal Cox will affect all non-traditional media and is going to set a massive precedence. Please do what you can to protect the rights of all New Media.

Says she :: to me … but I thought I’d already done what I could to protect the precedent and/or precedence by telling Crystal L. Cox to fuck the fuck off.

Thanks Jason, your Wrong on all account and have not done your homework what so ever. I am the real deal.

But she eventually came back to her unsenses :: and named me {a fictional character} to a “lawsuit” … claiming that unreadable gibberish had blah blah a trillion dollars.

So that was funny.

Somehow the patents of this douchenstein Eliot Bernstein are involved in the gibberish :: yet Eliot wanted to be besties with me too. I guess he didn’t like my my last article though :: because he responded by sending me the text of Proverbs Chapter 28 … allegedly the most sinister of all the Proverbs. I thought he could do better than a plagiarized retort :: so he tried …

You are however a “big man” in your own head, the real deal of self-professed idiot. However, I have changed the world for the better for our children and all the people and you have done very little other than write about men like me, which in compares makes you tiny with a big mouth and please the envy is killing me. I will not give you more food for otters on your blog by responding to your crap that you can then carefully craft and twist to your crowd of few likeminded imbeciles, bedfellows who seem a gay ole lot of criminals with Legal Degrees and bad manners that follow your every word like a dog sniffing ass.

He didn’t want to feed my otters :: but he did … for our children. 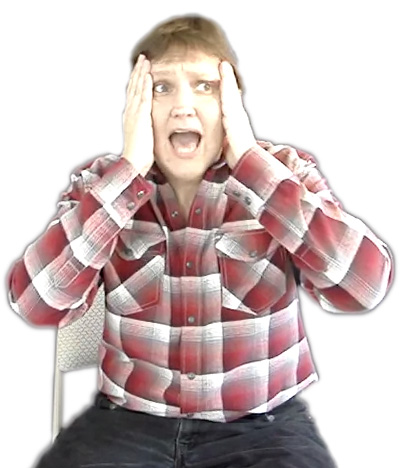 The Reverend Crystal Cox responded as well :: this time in her standard spazzy SEO style … better {more than a year} late than never I suppose.

Poor encephalitic parrot is confused :: actually what I said was …

Yet Jason Jones SaltyDroid claims that Eliot Bernstein was the drooler :: when clearly I Crystal Cox … am frothing with the DROOL.

I don’t need no hotshot attorney like Marc Randazza for my DROOL work Cox :: I farm it all out to Pre-Paid Legal.

Another post explains how it is actually I SaltyDroid Esq Jason Jones who is guilty of extortion :: not she … Love and Light Investigative SEO consultant Reverend Crystal L. Cox.

Odd, Jason Jones acts as if he is AGAINST Extortion Tactics. Yet SaltyDroid, Jason Jones pressured me to STOP my Ninth Circuit appeal and threatened if I did not that he would further pressure me and resort to “other options”

But she stayed firm :: and clear headed … like the heroin of the story.

I did go to the Ninth Circuit, I did NOT buckle under his threats and he followed through with his threats in a defamatory blog posts, online hate campaigns and conspiracy to harm me, defame me, harass and threaten me, Investigative Blogger Crystal L. Cox.

Yep :: she did go to the Ninth … so big round of fake fucking applause to all the people who made that bullshit possible.

Jason Jones INSERTED himself into my CASE, pressured me, as he admits in emails and made my life, my case his TARGET and personal agenda.

Accuse me of extortion :: fine. Accuse me of death threats :: whatever. But I will not suffer the ridiculous accusation that I :: Salty Droid Jason Jones … would TARGET an irrelevant waste of fucking space like Crystal L. Cox … 5th rate scammer at best. I have a reputation to maintain madame.

Sorry to disappoint your delusions of grandeur CoxPorn :: but my posts about you are directed at the media {who fucked it all up hard} … and the lawyers {who fucked it all up even harder}. Their typically negligent actions created a monster out of what was :: essentially … a booger smeared on Kevin Padrick’s fancy slacks.

You had your chance to start a flame war with me in 2011 :: but you were too much of a coward. If you wanna start one with me now because everyone else is done giving a rat’s ass about you :: then that’s fine with me … let’s fucking do it!

Put up a bunch of stupid ass websites and super lame videos. Concoct a load of non-sensical lies about me. Pretend like you know how to sue me. Do your worstest dumpy :: see if you can harm my rock solid reputation as a fake robot who makes the badguys whine … by fucking whining.

I’d really rather focus on moving up the food chain this year :: but if you want to see what being my TARGET feels like … then I think I can oblige. Extortion is one of the categories of online speech in serious need of a chilling effect. You’re not exactly the best example of it {whAt with your inAnity And All} :: but close enough … Ed Magedson will thank you.

Anywayz :: can I possibly be expected to resist super-slow pitch softballs from some beastly bozo who belongs in jail?

…it is Time to Think of Me.