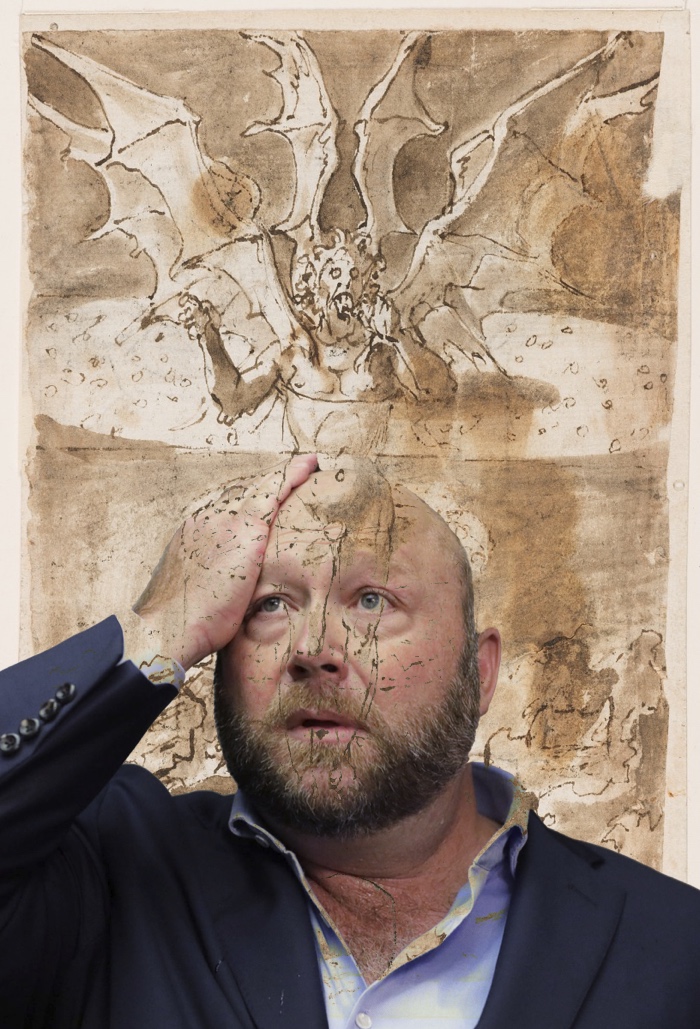 … a racist bowling ball that was cursed by a witch to live a life without love.

… a giant pickle that failed as a Batman villain.

But seriously folks. I’m not just here to say that Alex Jones looks like a beard that grew a man and then regretted it.

Alex Jones spent years using his big mouth to say that 9/11 was an inside job.

According to the overly dramatic narrator that I insist you now imagine, O.J. was innocent and the Moon was sent by Mars to spy on gay Brussel sprouts.

The point is: It makes no difference what Jones says — he’s an idiot — what matters is what he sells. What’s the back-end? Because Jones, though vainglorious and intoxicated by attention, is saying this dumb stuff all but exclusively in service of selling his dumb stuff (to the tune of millions of dollars per year). Life’s not more complicated than that … people are mostly motivated by money.

I started writing frequently about Herbalife because I was interested in how right wing radio was being harnessed to generate tens of thousands of new prospects for Herbalife’s illusory business opportunity. Rush Limbaugh, Sean Hannity, Glenn Beck, et al. were running blatantly deceptive ads, dozens of times a day, for what was a hyper-aggressive cloaked version of Herbalife.

Conspiracist quackery, fear mongering, and modernity’s rudderless social media fascism are all rooted in blatant fucking scammery. Fighting back against scaled fraud would be the most effective way of beating back the world’s worst things (without implicating free speech concerns). Maybe these assholes believe some of the shite they spew (not likely), but their primary motivation is in the fleecing of America’s poor and middle classes.

So to start this pandemic-pause series, let’s take apart Alex Jones’ back-end… one fraud turd at a time.