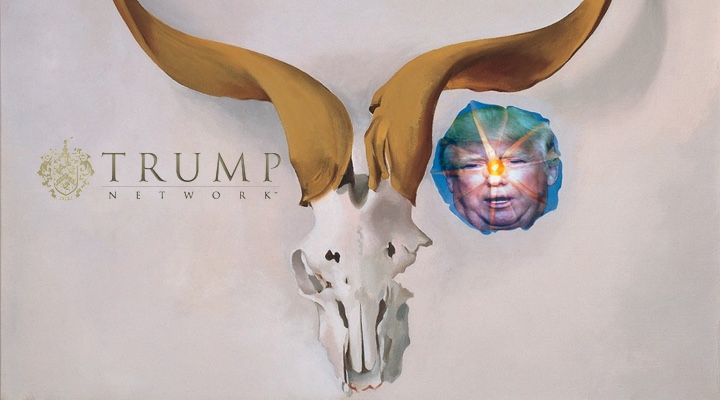 He knows about how to grab them by the pussy and get away with it {namely by inheriting his rich daddy’s money and becoming an untouchable celebrity asshole}.

He knows about publicly rating them on a ten point scale of fuckability.

He knows that unattractive women deserve {and secretly want} to be fired.

He knows that intellectual women only dare contradict his dumbdumb world view when they’re on their periods … and he knows just how much they love hearing that shit.

He knows that :: in and above all things … women are objects.

He’s practically an OB/GYN with all this lady knowledge! So why don’t you hop up on Don the Con’s exam table :: put your legs into his “lock her up” stirrups … and let NotDoctor Trump check your inner functionings?

Purchase the $120 EstrogenaTest kit from Don’s pyramid scheme :: The Trump Network … and then send him some of your pee {you know you want to!}.

Measures the Good Estrogen And Bad Estrogen In Your Body

This is important information because …

Scientists have determined that too much of a certain “bad” form of estrogen plays a role in causing unbalanced cellular division and growth.

Translation :: you prolly have cancer of the estrogen … omg!

10 out of 10 uncredentialed scientists paid by The Trump Network claim that this report is a real thing.

It’s fucking science … so don’t argue about it you stupid bitches.

You don’t need to do anything else … because your EstrogenaCaps are now auto-shipping for just $40 per month.

Then, each month following, five to seven days before your EstrogenaCaps run out, you will automatically receive another 30 day supply, and will be billed $38.20.

EstrogenaCaps contain a proprietary blend of vitamins that you can’t get anywhere else … unless you’re willing to go to Target and pay like $5.

Don’t forget to say thanks by voting Donald J. Trump on November 8th. Your vote comes with a free thermonuclear apocalypse … another science proven cure for estrogen cancer.