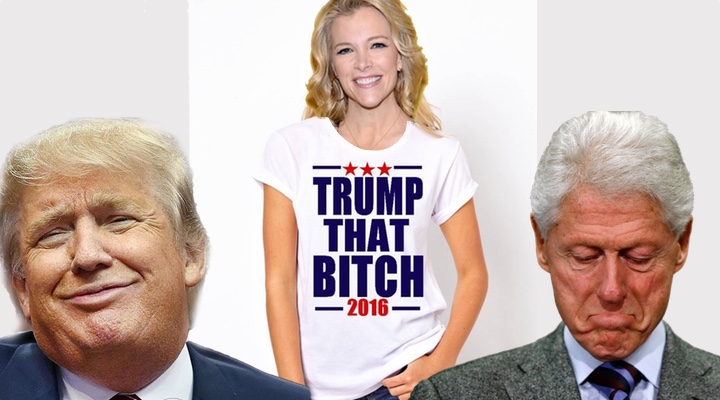 During one of this year’s excruciating Republican primary debates :: bearded progressive puppet and Fox News anchor Megyn Kelly … had the temerity {read balls} to ask Donald Trump a tough/obvious question. It was something like …

“Don, why are you such a bitch to women?”

She must of had blood coming out of her wherever!

“Hey, you know what? That’s just totally off the charts unacceptable; and possibly, maybe, also – completely deranged. I don’t think I’ll vote this douche canoe leader of the free world.”

But it didn’t happen like that … instead kamikaze Republican obstructionists dropped this imperfectly orange misogynistic turdball right in the middle of our collective salad plate.

Now as the general election draws nigh … “blood from her wherever” is starting to sound like cuddly feminist pillow talk compared to recent revelations regarding the depths of Don’s depravity and contempt for women.

According to Don … all the women who have accused him of sexual misconduct are liars just looking for a few minutes of fame. Because what’s more fun than becoming “famous” for a moment of humiliation and dehumanization at the hands of a monster?

Last week when Ms. Kelly asked Trump minion and marshmallow-American Newt Gingrich about the sex assault allegations :: Gingrich accused Kelly of being “fascinated with sex” and uninterested in policy … causing hundreds of thousands of Trump supporters to simultaneously google …

Spews Gingrich out his hypocrite hole…

Ms. Kelly declined … but I’m totally fine with it.

Any self respecting hater of misogynists has to hate that smooth talking hippie liar motherfucker … and I most definitely do.

Hey Newt … do you mind if I improvise one?

There’s no shortage of amoral sexist pigs skulking around the halls of power searching for pussies to grab :: and let’s be totally honest with ourselves … most of them are ugly old white men.

We can stop Donald J. Trump by voting for a lady!

Bill Clinton has the charisma of a Southern megachurch minister with his own line of delicious BBQ sauces.

Hillary Clinton has the charisma of an AP Chemistry teacher not afraid to hand out C’s to the rich kids.

But now she has a chance of actually being elected … because the Republicans nominated OrangeSatan. And just who is voting for OrangeSatan?

It’s looking more and more like the answer is …

Three political scientists who studied the connection between sexism, emotions, and support for Trump found that the more hostile voters were toward women, the more likely they were to support Trump.

Two monumentally important things are going to happen in the coming few decades … and I want to get out ahead of both of them.

1) women will take over America

Women have been undervalued … forced to over-perform just to survive. As sexist hinderances fall … they will float to the top.

Women are the slight majority of the American population.

Women enroll in college at a much higher rate than men. 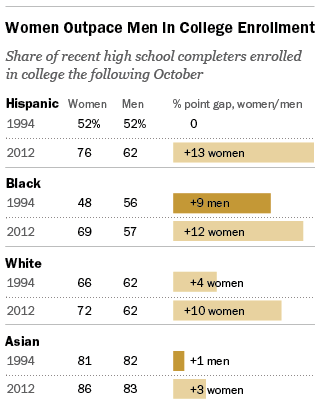 Women also get the majority of graduate school degrees.

2) robots with advanced artificial intelligence will take over America

Fake robots are already so much smarter than you … how you gonna deal with real robots?