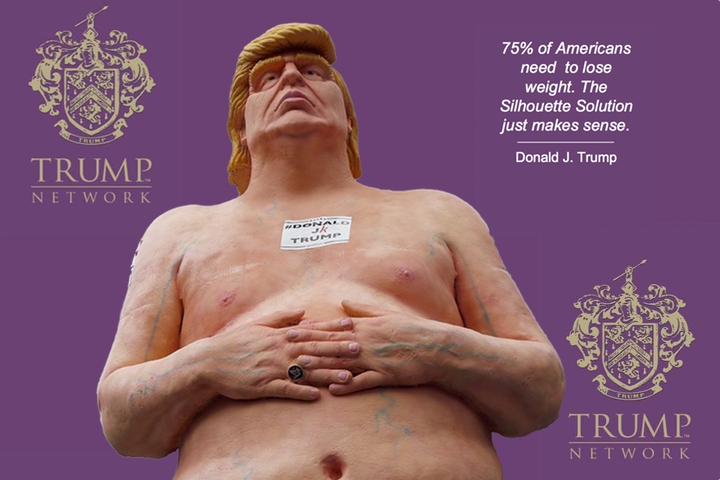 It was called The Silhouette Solution.

Do you want a silhouette that Donald Trump would consider inappropriately ogling :: or do you want your current silhouette … which {let’s face it ladies} wouldn’t be his first choice?


Rapid, safe, lasting weight loss is now within your reach!

The Silhouette Solution program is the first weight loss program that will work for you where all other weight loss programs have failed. Period. That’s a strong statement. We say it with absolute certainty because we’ve spent years designing a program based on the real, scientific, physiological and psychological causes of excess weight.

The Silhouette Solution was going to “change everything” about the American healthscape :: forever … until it didn’t.

Here’s how it worked …

You think that’s a joke :: because it sounds so stupid and this is a joke site … but it’s not a joke … picking silhouettes was the actual fucking gimmick.

The Silhouette Solution is based on work that’s been extensively reviewed by the National Institutes of Health (NIH), the Institute of Medicine and used in different forms by many high­cost medical weight loss clinics.

The Silhouette Solution Starter Program was good for eight weeks … and cost $1325.

Judging by his current silhouette … it would seem that Mr. Trump couldn’t afford his own solution.