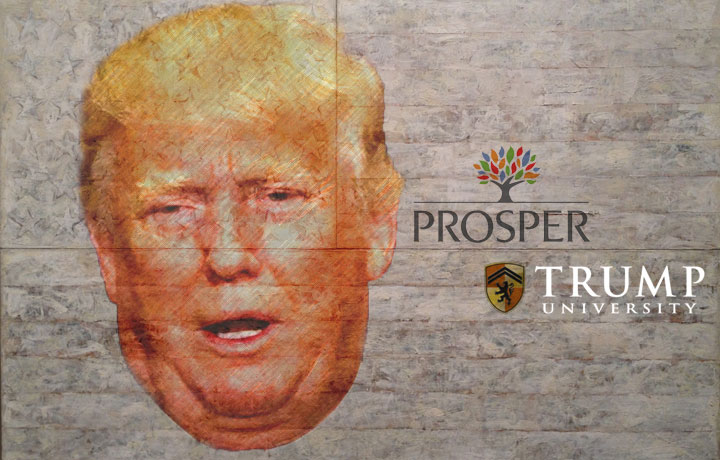 What you talkin’ about Willis?

Damon tells us he pitched Prosper’s services to Joe Polish’s “genius network” $25K mastermind. Masterminds are not cartels where participants pay for the right to conspire against the customer … that according to people who are not me.

All of the interests represented at the mastermind “have some front-end offer” Willis explains. These offers generate “hand raisers” :: aka scam buyer leads … the “product” both created and destroyed by the denizens of Scamworld. Back-end companies like Prosper compete {or at least pretend to compete} for the right to boil every last credit card cent from every last lead.

Polish tells Damon Willis his presentation needs to be worth at least $250,000 per year to the mastermind members :: but Damon Willis ain’t stressin’ it … because he boasts that the buzzing Utah sales floor he manages once did $3.7 million in a single week. 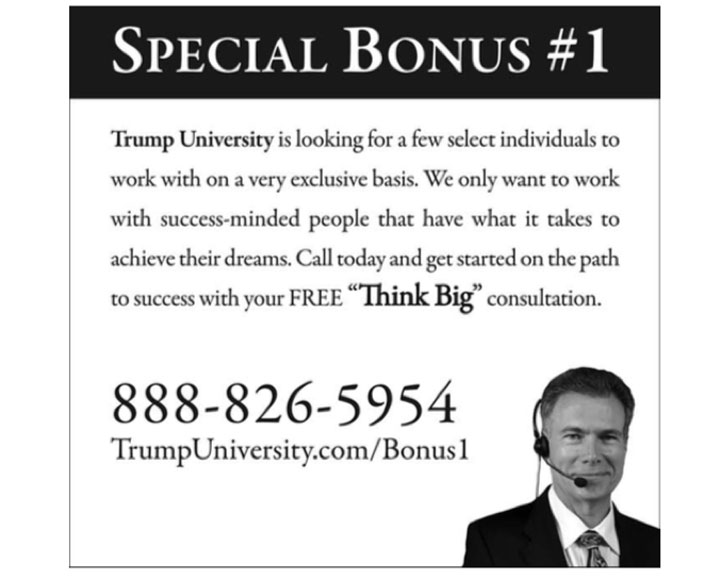 Here’s how eminent American sociologist Erving Goffman outlined the basics of the confidence game in his 1952 paper :: On Cooling the Mark Out …

The typical play has typical phases. The potential sucker is first spotted and one member of the working team (called the outside man, steerer, or roper) arranges to make social contact with him. The confidence of the mark is won, and he is given an opportunity to invest his money in a {scheme} which he understands to have been fixed in his favor.

The venture, of course, is fixed, but not in his favor… They leave the mark but take his money. The mark is expected to go on his way, a little wiser and a lot poorer.

A lead generator {like Donald Trump} earns the mark’s trust and ropes them into a fog with some glossy bullshit offer … inside the bullshit fog a dark world operator {like Prosper} sinks its fangs into the victim’s neck and sucks them dry.

But people get all mad about being sucked dry :: and they can fucking tweet about it and stuff … so every decent scam has a cooling mechanism.

After the blowoff has occurred, one of the operators stays with the mark and makes an effort to keep the anger of the mark within manageable and sensible proportions. The operator stays behind his teammates in the capacity of what might be called a cooler and exercises upon the mark the art of consolation. An attempt is made to define the situation for the mark in a way that makes it easy for him to accept the inevitable and quietly go home. The mark is given instruction in the philosophy of taking a loss.

There are ten thousand ways to cool a mark :: from hugs to murders … but the Utah boiler rooms have come up with perhaps the most elegant solution. They sell the cooling process as the make money miracle!

The “coaching industry” taps all of a mark’s available cash and credit in exchange for “coaching” services. Here’s a Utah boiler room closing a lead generated by Prosper partner Anthony Morrison …

But the “coaches” :: “mentors” :: and “instructors” who are going to teach you everything you ever needed to know about everything … are just low-level low-income labor in sprawling Utah telefarms. Coaches {coolers} attach themselves to marks for months :: delivering manipulative scripts and philosophies of self-blame … while delaying the mark’s inevitable realization that they’ve been conned.

It’s a kind of sick fucking genius … and it’s been scaled up to world bending size. These are the money losses associated with three Utah operations recently sued into dust by the feds …

Some staggering numbers … but it’s just the tiny tip of the shitberg.

Donald Trump knew exactly what he was getting himself into with the Trump University scam … heaps of money mined from sorrow.

a fake university is born

According to Donald Trump :: Trump University had its origins in the large scale speaking engagements he did for The Learning Annex. Trump was speaking at the Annex’s Real Estate Wealth Expo :: with Scamworld stalwarts like Tony Robbins and Robert Kiyosaki … and was reportedly being paid more than $1 million per appearance.

“Sweet mother of Mexican rapists!” Trump must have exclaimed to his mirror while using his tiny fingers to probe the wrong hole of a golden goose. “How in the name of the Wharton School of Business is a crackerjack shitshow like The Learning Annex able to pay such massively fat speaking fees?”

Scamming ordinary schmuks on this sort of scale doesn’t seem like it should be possible :: but it doesn’t take too many million dollar checks to be convinced otherwise … Donald Trump knows what I’m talking about.

The Learning Annex and Robert Kiyosaki co-developed a “how to get rich with real estate” seminar upsell series :: that series generated more than $400 million … and required almost no work from Kiyosaki who reaped $40+ million in royalties before declaring bankruptcy in 2012 {after losing a dispute with The Learning Annex}.

The Donald :: whose shifty ass over-leveraged deals seem to have him perpetually on the verge of total financial collapse … just had to get him a taste of these sweet sweet scam monies.

Donald Trump dives str8 in :: hair first … immediately adopting all of Scamworld’s most aggressive techniques … and partnering with some of its shadiest operators. 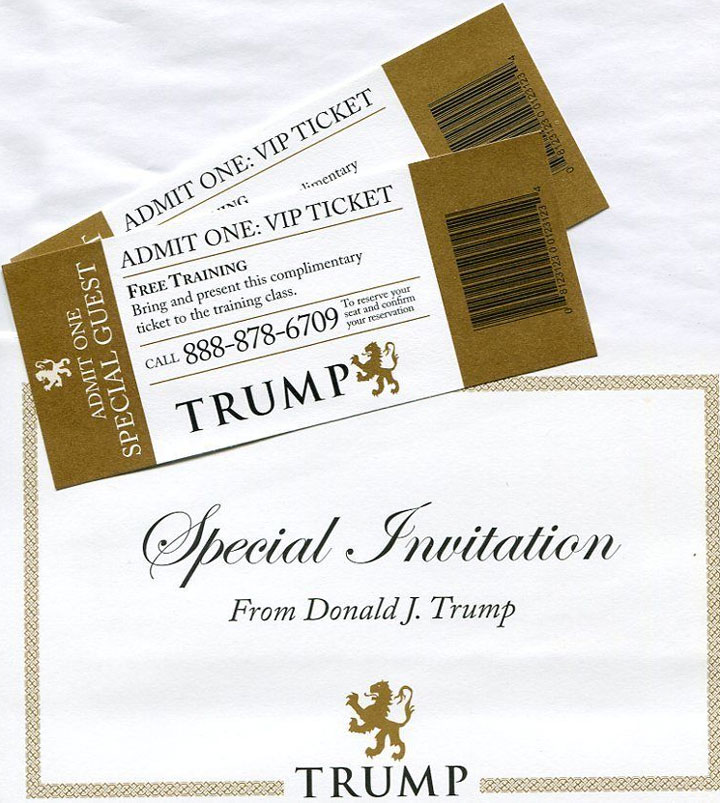 The Trump University seminar upsell series :: called a “bait and switch” scheme by the NY Attorney General … has received the most press attention. These seminars were offered via The Trump Institute :: and were delivered through a partnership with the crap company and crap people behind the long running National Grants Conferences scam.

Trump University President Michael Sexton said in a deposition that Trump University considered three of biggest names in seminar ops :: including the Utah connected company {Tigrent Inc} that puts on the Rich Dad Poor Dad series. But as Sexton told the Sacramento Bee :: they decided to go with National Grants Conferences because they were “the best in the business.”

The best at what?

Here’s a taste of the National Grants Conferences “best in the business” infomercial :: featuring scam owners Michael and Irene Milin … and a shill of a former congressman who Trump should obviously consider as a runningmate.

NGC had regulatory problems before the Trump University deal :: and by 2008 they had filed for bankruptcy.

Trump University was originally conceived of as an online education play … not as a seminar upsell series. The online component of Trump University predated the seminar series … and outlasted it.

We were getting people to the Peter Lowe events as well as marketing the products and services at the events. It came to the point where we said, “Too many people are not buying anything.”

We started taking those names and marketing the products and services after the event. We found that the margins were much better, and we didn’t have to travel as much. We then started working those leads on the backend.

Front-end offers are hard to produce :: expensive to advertise … and are usually offered at a loss. Scamworld profits are all made on the back-end :: on the upsell … on the continuity club … on the biz-op … on the mastermind … on the coaching … on the fucking scamming. 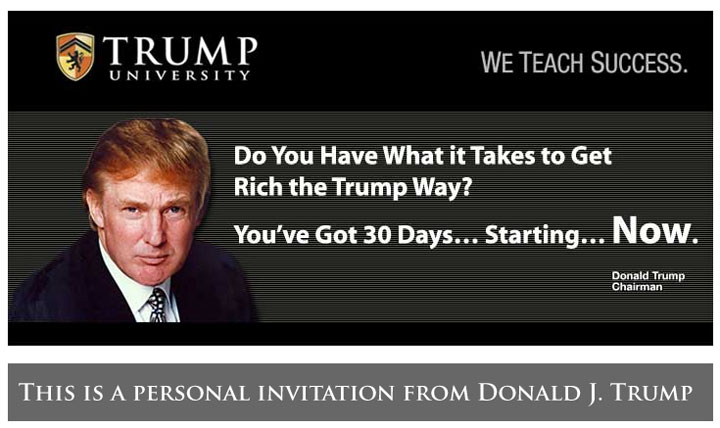 Imagine what it would be like to never worry about paying for your children’s college education, or helping them out in life when they need it. Imagine being a highly influential contributor to your most cherished cause and having a voice that can make a difference. Imagine being regarded as extremely successful in the community and by your family and friends. Imagine what it would feel like to be debt free.

If this is what you seek then you are the perfect candidate for my wealth building team.

Imagine feeding your kids and paying your bills. How would that feel? One of Donald Trump’s handpicked Utah wealth specialists will be calling you shortly to discuss solving all your problems with $25,000 worth of coaching. Put it on four different credit cards … or get an HSBC Prosper Learning Loan. 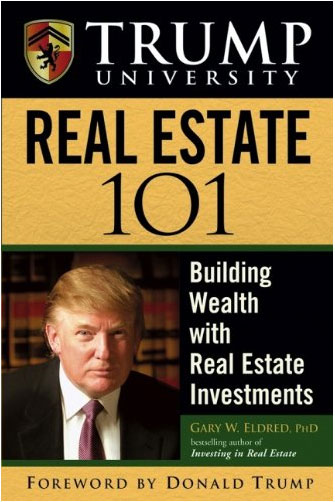 Wiley & Sons published several Trump University books which were sold via the website and through Barnes & Noble. Some of the books were written by people who might actually know stuff … the front-end.

But each book contained pages like this … the back-end. 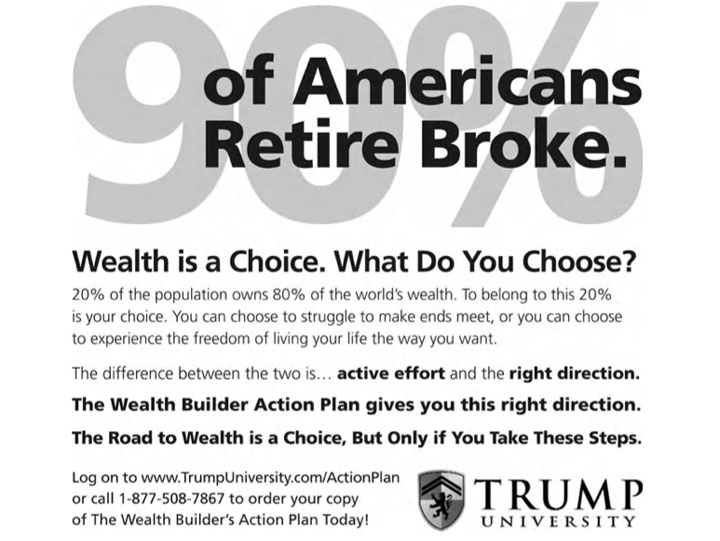 Which brings us back to Damon Willis. This time he’s teaching us to sell/close the back-end :: the Prosper way … the Utah way.

It’s not enough to call this fraud. It’s intentional manipulation :: a full degree darker than deception … and it works like a motherfucker. These guys are so good at it :: scary good … which is why they generally contract to take more than half the money in these deals.

Trump University didn’t slide gradually into scam after being confronted with the reality of the web’s unprofitable profit model … as happens to so many companies. Trump came to this game partnered with Prosper … because he was always going straight for the jugular.