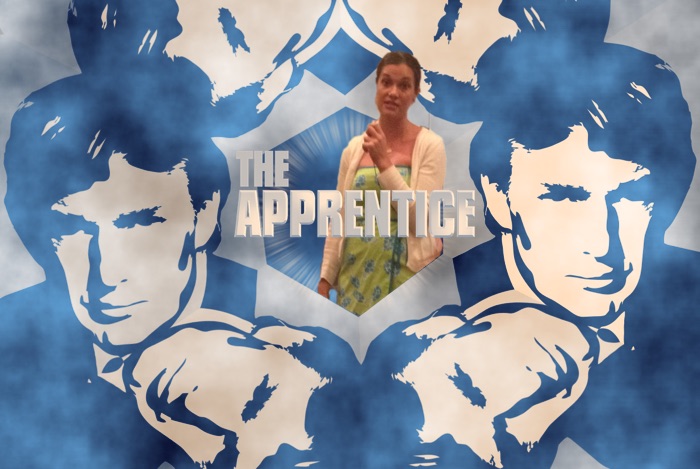 Donald Trump is all smoke and mirrors.

Two NYTimes articles :: separated in time by twelve years … each end with this old-fashioned expression.

Smoke and mirrors is a metaphor for a deceptive, fraudulent or insubstantial explanation or description.

The phrase, popularized by newspaper columnist Jimmy Breslin c.1975, has been said to derive from carnie slang for magic acts and ‘freak show’ displays that depend on `Trompe-l’œil’ effects, but also calls to mind the fierce Aztec god Tezcatlipoca (lit. “Smoking Mirror”) for whom the hearts of huge numbers of human sacrificial victims were regularly cut out.

A June 2016 NYTimes piece :: Trump Institute Offered Get-Rich Schemes With Plagiarized Lessons … ends with a quote from the author of the allegedly plagiarized lesson materials.

Ms. Parker, a lawyer and legal writer in Briarcliff Manor, N.Y., said that far from being handpicked by Mr. Trump, she had been hired to write the book after responding to a Craigslist ad…

Ms. Parker said she did venture to one of the Trump Institute seminars — and was appalled: The speakers came off like used-car salesmen, she said, and their advice was nothing but banalities. “It was like I was in sleaze America,” she said. “It was all smoke and mirrors.”

Everyone at the Wharton School of Business knows that :: craigslist writer used-car professor universities … are the best way to give real world now billionaire educations to the masses.

Timothy O’Brien’s 2004 NYTimes piece about Trump spinning the bankruptcy of his casinos as season two of The Apprentice was set to premiere :: The Midas Touch, With Spin on It … ends quoting a season one Apprentice contestant.

It sounds like she’s disrespecting the orange boss :: but she means it as a compliment … a human heart eating compliment emanating from inside her own plume of bilious smog.

Getting fired from season one of The Apprentice launched Jessie Conners on a path towards the highest levels of scamworld attainment … as a “handpicked” professor of real estate wealth successfulness at Trump University {of Utah}.

Trump University induced/compelled positive surveys from its victims so that those surveys could be used against the victims if they ever decided to complain :: chargeback … or sue. It’s standard scamworld operating procedure.

Trump’s victim bashing website 98percentapproval.com :: published the surveys of the victims in the class action case … as well as a large selection of other surveys filled out during the four years that Trump University was scamming millions from middle income Americans.

The publication of these surveys was a super dick move :: but it allowed me to compile a solid list of Trump University instructors … and it’s how I found my old friend Jessie Conners. 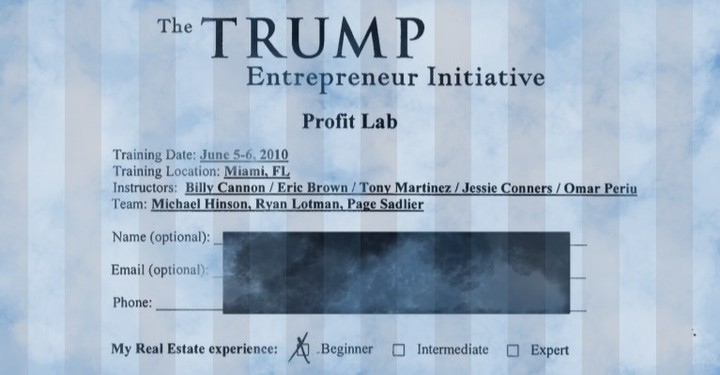 America’s reality television stars often make their monies via scamming … but few take to it as quickly as did Jessie Conners. Less than a year after being fired from The Apprentice … Jessie was spinning her fake celebrity into gold strands for the scamworld machine.

Jessie Conners, famous star from “The Apprentice” offers one-on-one mentoring and coaching program. Let her show you how she went from rural Georgia to TV superstar and famous wealth mentor!

She’s from Minnesota :: she’s not a TV superstar … and “famous wealth mentor” {exclamation point!} is not even a fucking thing.

Just to be unclear :: ESI is PMG {Private Mentoring Group} :: PMG is Prosper :: and as of today … Prosper is Achieve Today.

ASS :: always shifting shells … you don’t do it because you’re innocent.

Hi, I’m Jessie Conners; you may have seen me on Donald Trump’s “reality” TV show, “The Apprentice”, where the “lucky winner” gets to work for the big man for a year… for a measly $250,000? (Chump change to the Donald.)

You Realize The Apprentice TV Show Captivated America’s Interest Because the Road to Wealth Has Always Been Rooted in the Age Old Proven Apprentice System!

As I traveled around the country, and did public appearances including interviews with Forbes.com, Entrepreneur Magazine and appearing on CNN, the Oprah Winfrey Show, the Today Show, Fox News, CNBC and Dateline I was blown away with the number of people that were captivated with the apprentice idea and craving for someone to show them how to make more money and become more successful in life.

The whole letter is this sort of magnificent barf.

Have you seen that bizarre Donald Trump’s “reality” show, “Apprentice,” where the so-called lucky winning survivor gets to work for the big man for a year for a measly $250,000? (Chump change to the Donald.) Were you impressed?

Why not? How come we all could care less if one snotty MBA gets to spend a year being mentored by a fabulously wealthy millionaire? Simple. Because…

Last year our own pool of Mentors created custom Wealth Creation Programs for NOT ONE, but…

… SEVEN THOUSAND ONE HUNDRED SEVENTY-THREE (7,173) people just like you, putting them on the road to reaching their goals, turning their dreams into day-by-day LIVING REALITY, finally getting financial security and peace of mind.

They don’t even have to pretend to believe their own bullshit.

But Jessie Conners wasn’t done :: her career in talking about the career she never had … was just getting started. Here she is as an “instructor” for Russ Whitney’s Cash Flow Generator …

She bought some real estate when she was young … but made a ton of mistakes and lost money. Then she went on The Apprentice and got fired :: but couldn’t stop living the rich mogul lifestyle she’d imagined for herself … and so maxed out all her credit cards.

It doesn’t make me want to attend the Cash Flow Generator :: but then neither did this …

At Cash Flow Generator events :: TV superstar and famous wealth mentor Jessie Conners will instruct you on how to get everything you’ve ever wanted … simply by purchasing more salespitch seminars. 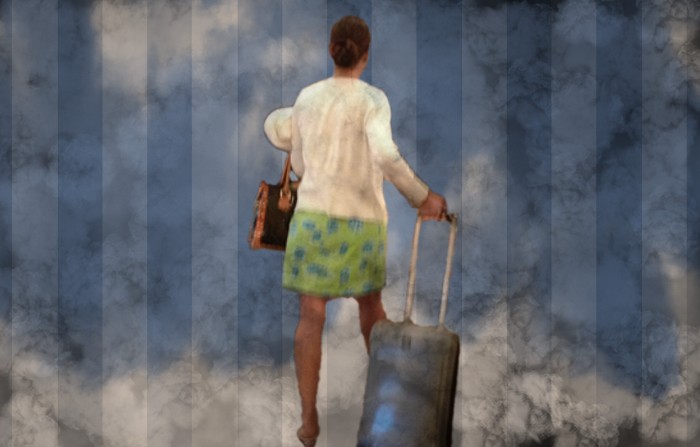 When I met Jessie Conners in 2012 … she was trying to manipulate people into putting Rich Dad Poor Dad events on their credit cards. By this time :: between Trump University :: Cash Flow Generator :: and Rich Dad … Jessie had given her unicornian fraud pitch more than a thousand times.

But her real estate content alternated between platitude and gibberish :: and her scamming content was of rather low quality as well … because Ms. Conners couldn’t conceal her loathing of the marks.

I thought Jessie and I had hit it off immediately :: what with me demanding that she explain the no refund policy to the prospective victims … and her demanding that I shut my damn college cake hole.

But I guess she didn’t have as much fun as I did … because she never called me back.

According to Donald Trump :: Trump University instructors were handpicked by Donald Trump … he anointed them with the sacred duty of passing on his eternal flame of wizdumb.

Learn the practical techniques Donald used to get rich with real estate {rich parents not included} … from the chosen few who could be trusted with Trump’s ten billion dollar brand.

But it was all just salespitch shite to get people to part with $20,000.

Trump always knew he wasn’t going to handpick the hard selling riffraff required to manipulate people into making disastrous fucking decisions. It would be done by the same floating pool of scam labor that’s been staffing this hustle :: in all of its dozens of skins … for the last thirty-five years.

While giving a belligerent and ridiculous deposition in the class action case :: Donald Trump was asked to remember some of the instructors he’d picked with his own tiny little hands …

Q. Can you identify a single person who was a live events instructor for Trump University?

A. You’d have to give me a list. You’d have to show me the list. I actually went – I would go and just walk in and just stand in the back of the room on occasion just to see how they were doing, but it’s been so many years, I wouldn’t be able to do that.

A. Too many years.

A. It sounds very familiar. Names – the names sound familiar, just too many years.

A. Too many years

A. Are you going to go through the whole list of names?

He did go through a whole list of names … and Trump wouldn’t cop to knowing a single fucking one of them. How’s he supposed to remember names for five whole years? There’s like an extra day thrown in for leap year and stuff … too many years.

Q. Mr. Trump, let’s get away from the names and see if you recognize any faces. I’ve placed in front of you a photo lineup marked as Exhibit 475 with three rows of eight photos per row, so that’s a total of 24 photos.

Do you recognize any of the people depicted on this exhibit?

A. What year was this picture taken?

A. I think I should be entitled to know what year it was taken. When were they taken? How many years ago?

Q. Do you recognize any of them?

Hows about I show you another picture Mr. Trump? 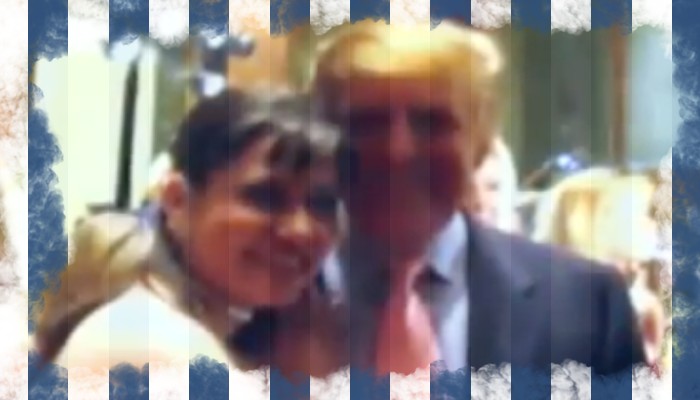 Do you recognize either of the garbage people in this photo?

Just to refresh your recollection :: because I know it’s been too many years …